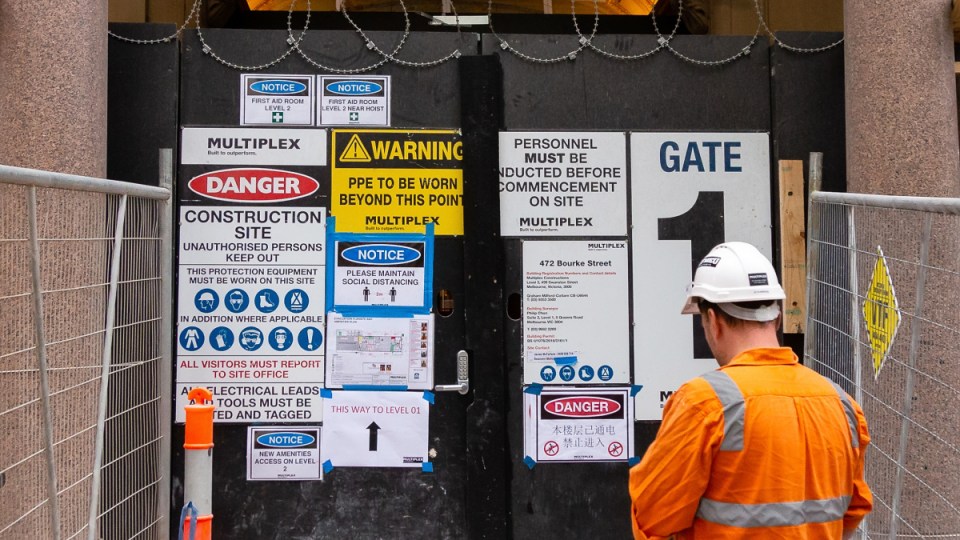 Probuild has been behind many big-name projects across Australia. Photo: Getty

One of Australia’s biggest building companies has collapsed into administration as unions seek assurances that workers will be looked after.

Two other businesses under WBHO Australia – Monaco Hickey and WBHO Infrastructure – have also been placed into administration.

“Our immediate focus will be to undertake an urgent assessment of the entities’ financial positions and work with key stakeholders to stabilise the business and projects where possible,” he said in a statement.

“We will assess options to preserve value, and engage closely with creditor groups and other stakeholders across the spectrum, including clients, employees, unions, suppliers, contractors and sub-contractors.

“We will also also be commencing a sale and recapitalisation process in order secure a new owner for the businesses.”

Established in 1987, Probuild is a major design, construction and project management group operating in most states, including NSW, Victoria, Queensland and Western Australia.

Led by group managing director Luke Stambolis, it employs more than 1000 people as well as contract trade workers to build offices, residential buildings, and shopping centres and other key infrastructure.

Probuild is managing at least a dozen major projects across Victoria, NSW, Queensland and WA.

The construction union is trying to establish the company’s situation and the likely impact on workers.

“The union will work to ensure the interests of our members in the construction industry are made the primary consideration,” the CFMEU said.

WBHO has blamed the Australian government’s management of the pandemic and the impact on the construction market for its decision to cut off its Australian business.

“The Australian government’s hard-line approach of managing COVID-19 … has had a considerable impact on property markets,” it said.

“The impact of lockdown restrictions on the retail, hotel and leisure and commercial office sectors of building markets … have significantly reduced demand and delayed the award of new projects in these key sectors of the construction industry.”

At the same time, “the potential risk on large mega-building projects outweighs the current margins available”.

“The Australian businesses have not been able to complete projects on time and not been able to recover variation and delay claims, resulting in material losses in the financial period to date,” it said.

WBHO told the Johannesburg stock exchange that effective February 22, it would no longer provide support to the Australian business and prepare the way to put it into administration.

The company confirmed it had tried to sell Probuild in 2020 to a third party. Australian Foreign Investment Review Board approval could not be secured.

The construction industry has faced shortages of key materials and increased costs during the pandemic, compounded by a lack of skilled workers.

In 2020, another major builder Grocon went into administration after a legal stoush with government agency Infrastructure NSW over its Central Barangaroo project in Sydney torpedoed its balance sheet.

Alan Kohler: Business leaders must lead in the empowerment of women
Today's Stories

Jobs at risk as Probuild collapses into administration