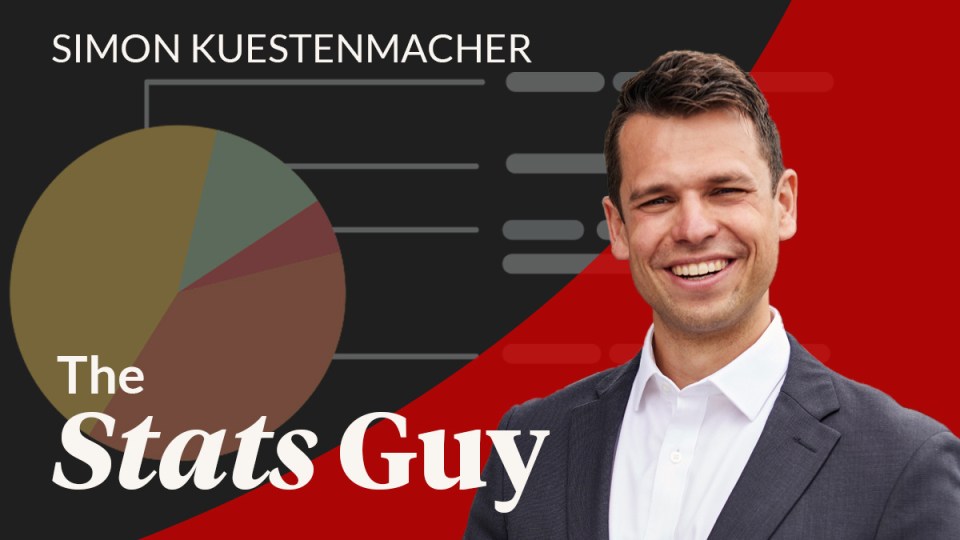 How can we prepare our kids for careers in a changing world? TND's stats whiz has some tips. Image: TND

As you are home-schooling your kids through yet another lockdown you might be wondering what the most important subject might be for their future. After all, you just want the best for your kids.

So let’s examine what kind of jobs will be available in the future and work backwards from there.

Half of the jobs that we added to the Australian workforce since 1986 required university-level training. These Skill Level 1 jobs on average pay way better than other jobs.

So, career advice for your kids is as simple as getting a uni degree to work in a Skill Level 1 job? Not so fast, please.

There are of course plenty of trades jobs that pay decent money. A good mechanical fitter (Skill Level 3; $83,000) will out-earn a social worker (Skill Level 1; $64,000). Bonus tip for all tradies: become your own boss and run a small business. The secret of the plumber you might know who takes home $250,000+ is that he or she is running their own business.

Statistically speaking, being higher educated will result in higher income though. A uni degree pays, a post-grad degree pays even better.

In the future, technology will be even more integrated into our jobs. Bus drivers, tow truck drivers, and Uber drivers (all Skill Level 4) operate increasingly complex vehicles while their navigation is aided by smart software. Decisions made by doctors, engineers, and accountants (all Skill Level 1) will be more and more aided by algorithms. Real estate agents, electricians, and assembly line workers (all Skill Level 3) will be using high-tech tools and computers for a growing share of their tasks.

If the workers of the future interact more with artificial intelligence, work alongside robots, and have their decision-making aided by algorithms daily, pushing your kids into maths, physics, or at least general science surely is a great idea?

The ability of using a computer in the 1970s more or less guaranteed you a job in a booming industry. Today, however, only highly specialised computer skills (cyber security skills for example) guarantee you employment while basic computer skills have become a prerequisite to most jobs. Yesterday’s hot skill is today’s basic knowledge.

The direction in which software and robotics develop make formerly complex tasks much easier. Think of how hard it was to create a simple digital map even 20 years ago. Only professional cartographers had access to the relatively cumbersome software. Today any amateur can create visually stunning maps based on a few hours’ (if that) worth of YouTube tutorials.

Or take the history of operating systems. Unix, Microsoft Dos, Microsoft Windows, iOS. The trend goes from less intuitive and less accessible to hyper-accessible and super intuitive. Using Siri and  the like, even semi-literate people can operate a complex minicomputer. Software will continue to become more intuitive.

Of course, you want to make sure that your kids have a base level understanding of STEM subjects, maybe even have them take some programming classes. In a future where technology is even deeper integrated into many work tasks than it is today, basic skills won’t make your kids stand out.

You won’t be clocking off early though. Increased use of technology won’t result in shorter work hours for the average employee. Over the last decades, as technology advanced for better or worse, we only worked longer hours. Businesses always find a way to max out the productivity of their workers and working long hours is the easiest way to achieve that goal (at least in the short-term).

While an increased integration of technology into our workday won’t change our workload, it will certainly change the composition of our jobs. A larger share of your work tasks will be interpersonal in nature. The last thing (if at all) that will be done by technology rather than humans is creativity, is communication, is creating trust.

The worker of the future that excels in interpersonal tasks, is the one that really stands out.

Give your kids a professional head start by nudging, encouraging, forcing them to take up theatre.

Theatre is the closest thing in high school to a real business environment. Actors are the visible faces of the organisation, while an army of staff is needed to make their work possible. Some students craft the stage, a teacher directs, somebody teaches themselves to operate the lighting and sound, someone creates the flyers and manages social media, an army of students set up chairs in the auditorium, sell drinks – the list goes on. No other subject in high school even comes close to giving students a sense of operating in a real business environment.

Acting is the most crucial skill of the whole theatre microcosm. Students learn to command an audience by being in front of an audience; at the very least acting takes the fear away of presenting. It’s also a great reminder that while working you will always be seen as performing a role (your job title) even if you try oh so hard to be seen as your true self.

Once you leave formal education, once you enter the workforce and start a family, you are very unlikely to pick a hobby as time-consuming as acting. High school is the ideal time to join amateur theatre. Even though it feels like the opposite, you have plenty of time on your hands.

Acting is much more valuable than debating. The future of work is increasingly collaborative in nature rather than adversarial. Sure, you need to be able to make your point when facing a hiring committee, your board, or clients; but in a world where work is even more interpersonal in nature than it is today, being able to interact with your boss, colleagues and clients is arguably the most important part of the job.

Demographer Simon Kuestenmacher is a co-founder of The Demographics Group. His columns, media commentary and public speaking focus on current socio-demographic trends and how these impact Australia. Follow Simon on Twitter or LinkedIn for daily data insights.

The Stats Guy: Career advice for your kids? Here’s how to prepare them for the future of work