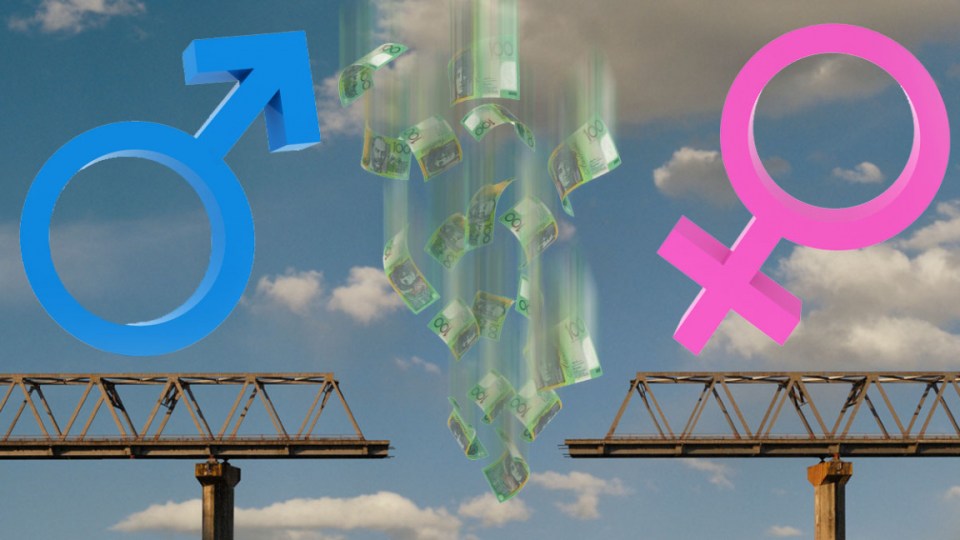 Australia's gender pay gap will still take more than a quarter of a century to close, according to a new report. Photo: Getty

Australia is still more than a quarter of a century away from bridging the gender pay gap as industries dominated by women struggle to catch up.

But researchers say regular audits on pay and new company board quotas could fast-track improvements, as they have already led to faster reductions in the pay gap among male and female managers.

As Canberra faces a reckoning over a culture of “moronic, misogynistic behaviour”, the Bankwest Curtin Economic Centre has revealed the total gap in pay between men and women shrank from 24.7 per cent to 20.1 per cent over the past seven years.

It said that if Australia continued on its current path, it would not close its gender pay gap for another 26 years. And women in some industries could have to wait even longer than that.

Some women could be waiting up to 40 years for equality

According to the report, the female-dominated aged and disability care, social welfare, child care and tourism sectors – which have lower rates of pay relative to male-heavy industries – grew over the past seven years.

And female receptionists and personal assistants, machinery operators and labourers could be waiting as long as 40 years for pay equality.

And she is worried the pandemic has stalled progress, with bosses displaying a “worrying level of apathy and indifference” towards improving outcomes for women.

“Employers must act now to embed gender equality in their organisations as a standard business practice,” Ms Lyons said.

“Not only will it drive better company performance, productivity and profitability but it will also deliver meaningful, systemic change that will close the gender pay gap faster and make our workplaces better, fairer and safer for both women and men.”

Elsewhere, it found that the mining and agriculture industries had made the most ground on consistent efforts to improving gender equality in the workplace, with the education, health care and social assistance sectors falling short.

Meanwhile, Curtin’s researchers found boosting the share of women on boards not only accelerates moves to pay parity, but leads to a more efficient and profitable business, too.

And quotas have driven most of that change.

However, efforts on that front have slowed among ASX200-listed firms since they met the Australian Institute of Company Directors’ 30 per cent target for female board representation in 2019.

Outside the top-listed companies, women only hold 20 per cent of board positions.

“In fact, increasing women’s representation by 10 percentage points or more on the Boards of Australian ASX-listed companies led to a 4.9 per cent increase in the company market value, worth the equivalent of AUD$78.5 million for the average company.”

Labor pledged on International Women’s Day that, if elected, it would compel firms with more than 250 employees to publicly disclose their gender pay gaps and boost the Fair Work Commission’s capability to enforce pay rises in low-paid, female-dominant industries.

Gender pay gap is still 26 years away from closing: Report