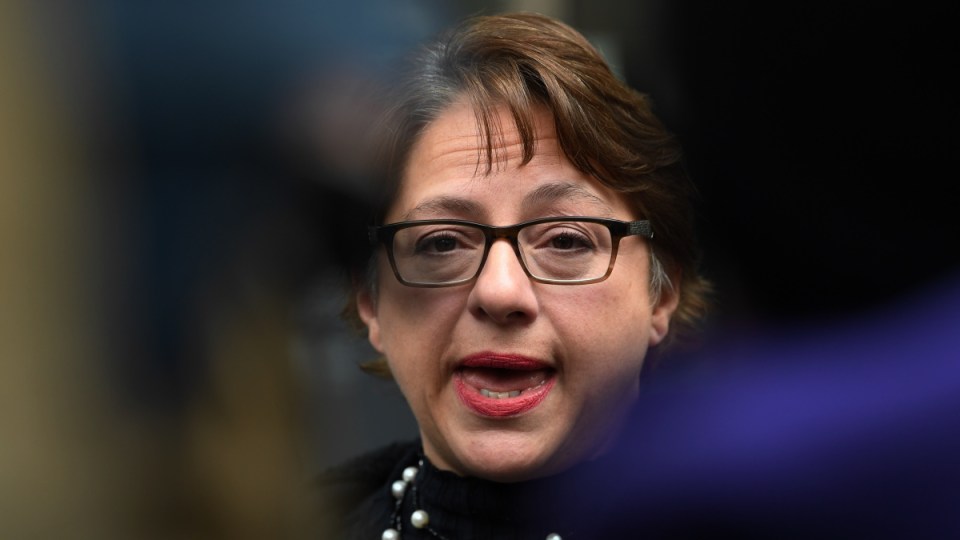 The government will not confirm it wants to appoint former Liberal MP Sophie Mirabella to the Fair Work Commission. Photo: AAP

The Morrison government is remaining tight-lipped about reports controversial former Liberal MP Sophie Mirabella will be appointed to the Fair Work Commission.

The mooted plum posting has enraged Labor, with senators demanding answers at a parliamentary hearing in Canberra on Wednesday.

“She referred to her by saying ‘here comes the weathergirl’,” Senator O’Neill told parliament.

Ms Mirabella also appeared in front of a “ditch the witch” sign and another banner labelling former prime minister Julia Gillard as then Greens leader “Bob Brown’s bitch” at parliament 10 years ago.

After being told it was a good week for him to call out sexism, Liberal frontbencher Jonathon Duniam reacted angrily.

“I find behaviour that has been widely canvassed and reported upon disgusting. Of course I condemn that sort of behaviour,” he told Senator O’Neill.

“But I’m not going to run a commentary on a list a senator brings into this place and links to an appointment.

“I stand with everyone in this place condemning the behaviour you’ve referred to.”

Senator O’Neill said she sensed the Minister’s authenticity before noting there were men in parliament who did not share sexist views.

Both the Minister and officials refused to comment on media speculation the former Liberal MP would join the industrial umpire.

She held the regional Victorian seat of Indi for 12 years before being defeated by independent Cathy McGowan in 2013.

Since then, the Abbott government appointed her to the Australian Submarine Corporation board and she also worked in government relations for Gina Rinehart.

The conduct has been referred to police and Comcare, the federal authority for work health and safety.

Mr Boyce has previously been the subject of Senate estimates hearing for having scantily clad figurines and a life-size cutout of Donald Trump in his office.

He was appointed by the Coalition government after working for an employer group.