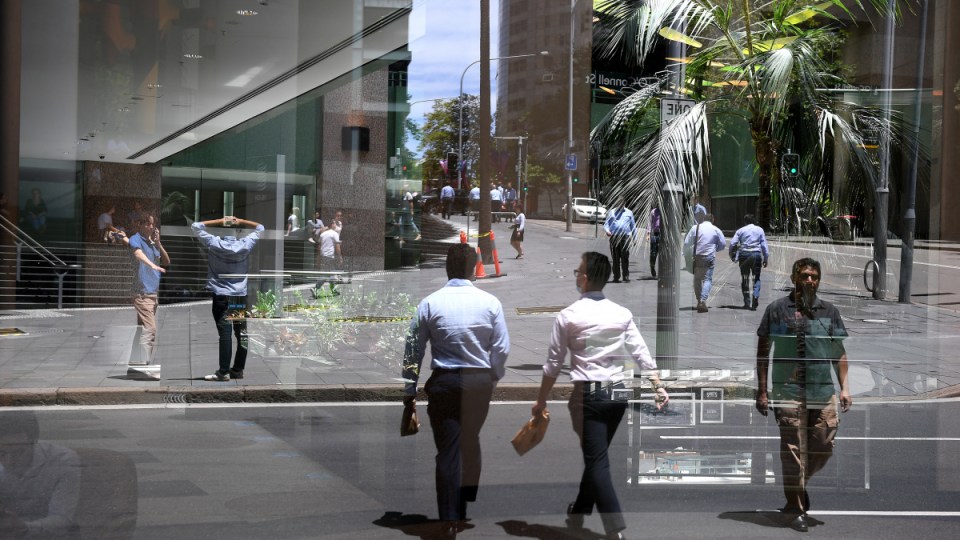 A recovery in employment to pre-pandemic levels is an “extraordinary achievement”, Prime Minister Scott Morrison says.

Australian Bureau of Statistics figures show payroll jobs rose by a further 1.3 per cent in the fortnight to January 30, with increases in almost every industry.

ABS head of labour statistics Bjorn Jarvis said payroll jobs were about the same level as in 2020.

“That is an extraordinary achievement in the Australian economy,” Mr Morrison told parliament on Tuesday.

“I want to thank all of those businesses that kept Australians in work.”

However, annual jobs growth varied across the nation, with the strongest rise in payroll positions in the Northern Territory, up 3.5 per cent. Tasmania and Victoria were both down 1.7 per cent.

The payroll jobs series was introduced to provide a more frequent update on the state of the economy during the pandemic, and has helped plot the recovery from the first recession since the early 1990s.

Monthly labour force figures due on Thursday are expected to show the jobless rate eased further to 6.5 per cent from 6.6 per cent in January.

The Reserve Bank, in the minutes of its February 2 board meeting also released on Tuesday, said the peak in the unemployment rate had “probably already occurred”.

“In Australia, the economic recovery was well under way and had been stronger than expected previously,” the minutes said.

The minutes again confirmed the cash rate would remain at 0.10 per cent for “as long as necessary” and possibly until 2024.

“A number of familiar themes were repeated in today’s February minutes, which continued to send a clear message that the RBA will likely err on the side of more, rather than less, accommodation for some time,” RBC Capital Markets’ chief economist Su-Lin Ong said.

Still, this week’s snap COVID-19 lockdown in Victoria has put a dent in consumer confidence and raised the risk of a material impact on spending.

The ANZ-Roy Morgan consumer confidence index dropped 1.3 per cent nationally in the past week and 5.4 per cent in Melbourne.

“The Victorian lockdown will undoubtedly have a material impact on spending,” ANZ head of Australian economics David Plank said.

Despite the latest downturn, confidence remains close to its long-run average.

A national think tank believes confidence and economic activity has been incredibly resilient in the face of periodic outbreaks of the virus.

As such, the Committee for Economic Development of Australia is urging governments to seize the opportunity to deliver long-term economic and social benefits as the economy recovers.

“Australia remained resilient by taking bold steps on health and the economy – 2021 will be no different,” CEDA chief executive Melinda Cilento said releasing its latest economic and political outlook.

Ms Cilento said a rapid and widespread rollout of the coronavirus vaccine will be crucial to maintaining recent momentum, as the Therapeutic Goods Administration approved the AstraZeneca vaccine on Tuesday.

Rollout of the Pfizer vaccine will start next Monday.

The CEDA report said investments in social infrastructure such as child care, aged care and housing should be high on the list, as should climate change, given the global policy shifts driven by the new Biden administration in the US.