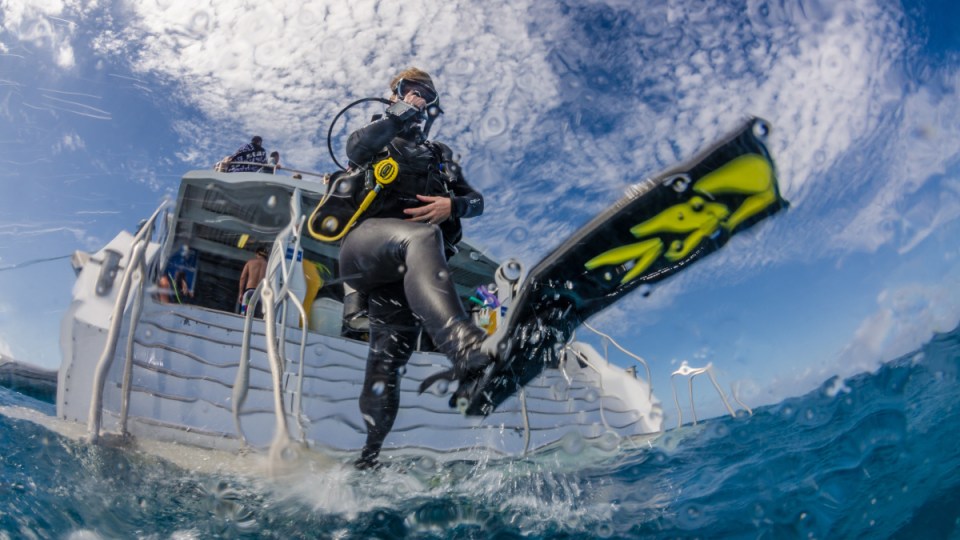 Tourist centres such as Cairns have been particularly hard hit by Australia's national border closure due to the pandemic. Photo: AAP

Queensland’s government and industry leaders have pleaded with the federal government to extend JobKeeper to help save the state’s ailing tourism industry.

“I remember when Scott Morrison was cutting his teeth in the marketing role of Tourism Australia and he came up with the campaign ‘Where the bloody hell are you?’,” Assistant Tourism Industry Development Minister Michael Healy said in Cairns on Thursday.

“My question to Warren Entsch and Scott Morrison at a time of great need is – where the bloody hell are you?”

Mr Healy said “internationally exposed” tourism centres such as far north Queensland and the Whitsundays had been hit particularly hard by Australia’s lengthy national border closure due to the pandemic.

JobKeeper, which has already been cut once, will cease at the end of March.

The plea came just hours after Premier Annastacia Palaszczuk announced Queensland would open to anyone from NSW from Monday.

Queensland shut out residents of 35 local government areas in Sydney, Wollongong and the Blue Mountains amid the northern beaches COVID-19 outbreak in December, causing chaos for travellers before Christmas.

“NSW residents are now all welcome back into Queensland at 1am on the first of February – this is wonderful news,” Ms Palaszczuk said.

NSW notched up its 11th consecutive day without local coronavirus infections on Thursday. It had three new cases in returned travellers.

On Thursday, Ms Palaszczuk urged Sydney-siders looking for a break to head to the Sunshine State from next week.

“[If] you’re looking for an escape, there is no better place than the tropical far north, where I think it’s about 28 degrees at the moment and it’s just after 9am,” she said.

“Obviously there’s so much to do. We want to showcase to the rest of Australia what there is up here for you to experience.”

NSW Premier Gladys Berejiklian was told of the looming border change in a radio interview on Thursday. Ms Palaszczuk did not contact her before the announcement.

Ms Berejiklian said she was not bothered by the blindside, and was “very happy and very relieved” at the Queensland decision.

“The important thing is that the right outcome is achieved,” she said.

“We haven’t had a hotspot in NSW for a while and even if we do, the whole state doesn’t need to suffer.

“I hope this brings a lot of joy and relief to people and that people are reunited. That’s my wish for them.”

Thursday’s announcement means all Australians will be able to visit Queensland from Monday. But with school holidays already over in most states, Ms Palaszczuk was also concerned that tourism businesses will suffer when JobKeeper ends in March.

“Perhaps Scott Morrison and the federal government could look at those industries that are doing it tough, and maybe JobKeeper, it does need to be extended for those industries,” she said.

“We know in other industries they have bounced back after COVID and some industries are doing a lot better than others. We know the tourism industry is hurting, especially those regions which rely heavily on international travellers.”

Ms Palaszczuk said 10,000 businesses in the state’s far north alone were on JobKeeper and they needed help as long as the international border remained shut.

Queensland had another day without local COVID infections on Thursday. There was one more case in hotel quarantine.

Victoria had three more virus cases in hotel quarantine on Thursday. It also clocked up its 22nd day in a row without community infections.

“I’m very confident that tomorrow, there will be changes to the settings,” he said on Thursday.

Some areas of NSW are likely to remain orange under Victoria’s ‘traffic light’ border system. Travel into Victoria from those areas is allowed only if people get a virus test and isolate until they receive a negative result.

‘Where the bloody hell are you?’: Qld tourism plea to federal govt