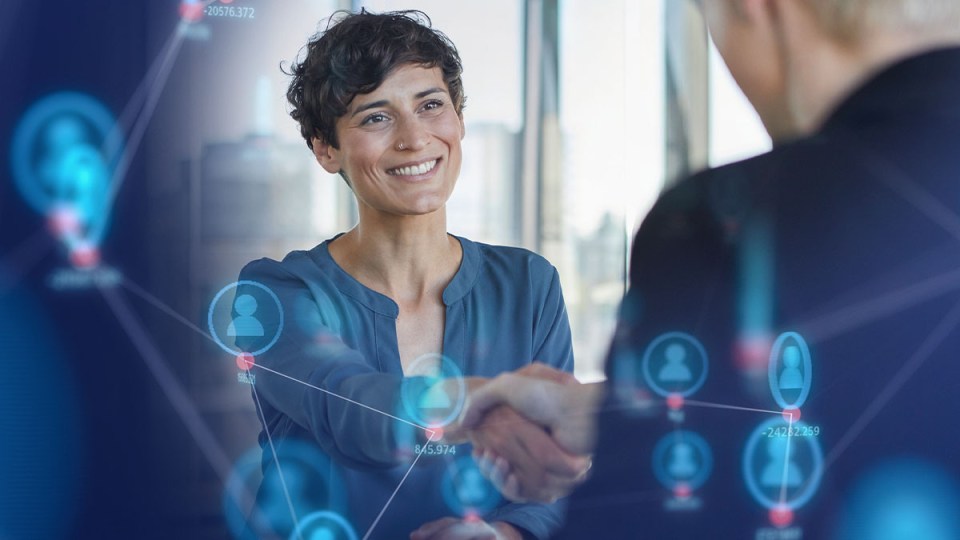 Australia’s unemployment rate has fallen to 6.6 per cent after the economy gained 50,000 new jobs in December.

The figures – an improvement on 6.8 per cent in November – were broadly in line with market expectations and coincide with surging retail sales and rising property prices.

The ABS said 90 per cent of the jobs lost between March and May have now been recovered, though it noted the recovery in full-time work has lagged that in part-time. 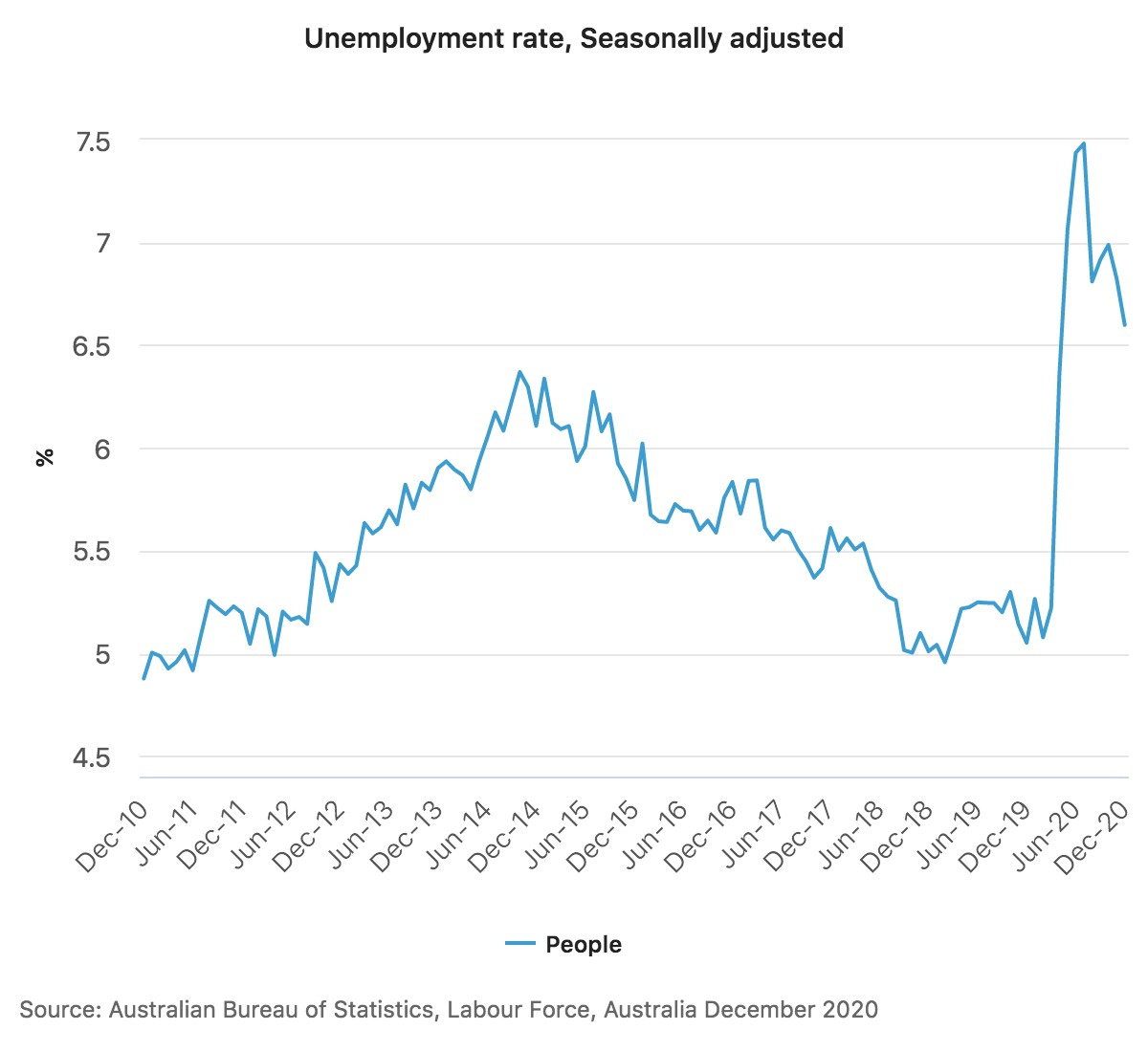 The underemployment rate, which measures the proportion of people working fewer hours than they would like to be, also fell in December. 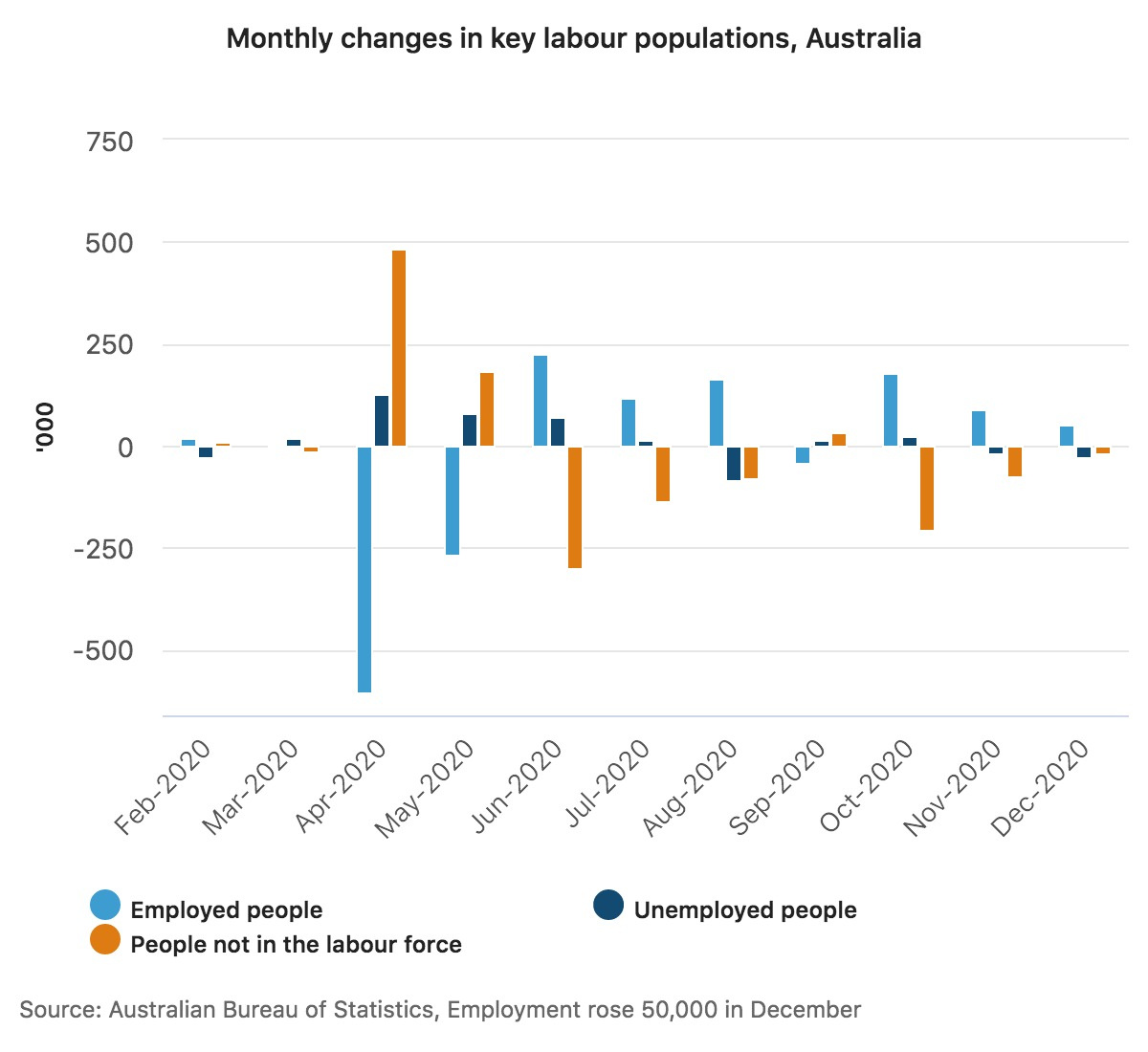 “But the data also highlight that for some sectors and regions, the pandemic is still having a tangible negative impact,” she said.

“Across the states, NSW in particular is lagging behind, with the unemployment rate 2 percentage points higher than it was in early 2020.

“The disproportionate impact on younger workers, who are more likely to work in the sectors that are still not able to operate normally, such a hospitality, arts and recreation, is also apparent, as the unemployment rate for this group is 2.3 points higher than a year ago, compared to 1.5 points for the whole of the labour force.”

The figures nonetheless provide further evidence that the economy was gathering momentum at the end of last year, prior to fresh coronavirus outbreaks in Sydney’s Northern Beaches.

But the latest consumer sentiment reading from Westpac and the Melbourne Institute – a loose indicator of future spending – points to renewed jitters within the community, with confidence falling by 4.5 per cent in January.

Westpac chief economist Bill Evans said a pull back was to be expected given the recent outbreaks in Sydney.

But he noted the fall in confidence was far smaller than that seen after Victoria’s second wave (-15 per cent).

“It still points to healthy consumer sentiment,” he said of Wednesday’s release.

Brace for Tuesday … and the RBA’s latest interest-rate hike
Destroyer HMAS Brisbane saves capsized yachties after 15-hour ordeal off Wollongong
Ash Barty honoured as NAIDOC’s person of the year
Thousands demand Redlands mayor resign over alleged drunk-driving crash
Jerry Hall cites reason for divorce from media mogul Rupert Murdoch after six years
NYC police arrest Taylor Swift’s latest accused stalker
Not keen on the office return? You may have no choice – but it can work in your favour
Today's Stories

Unemployment rate drops to 6.6 per cent