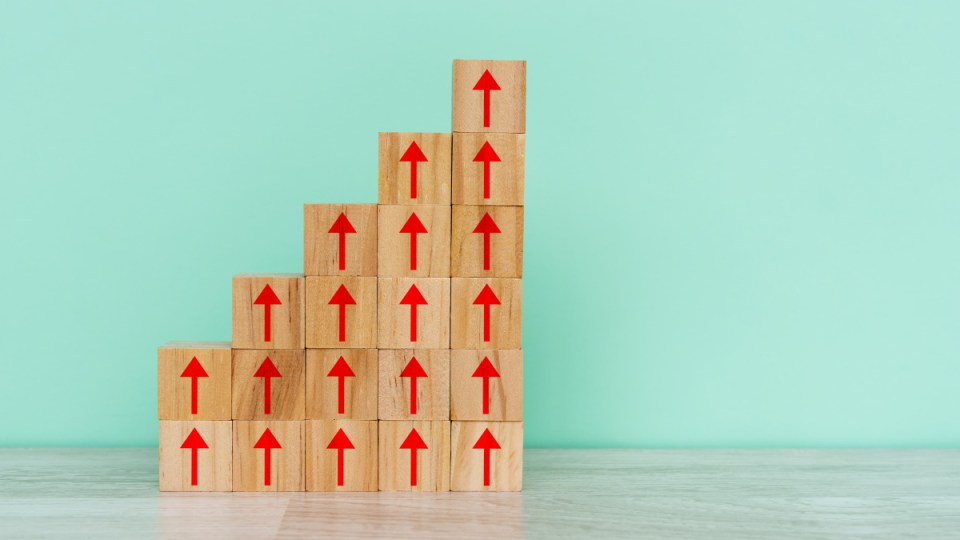 The median weekly earnings of trade union members are 31.8 per cent higher than those of non-union workers, according to new data that also shows union membership is declining.

The Australian Bureau of Statistics revealed on Friday that employees who were trade union members in their main job had median weekly earnings of $1450 in August, compared to $1100 for non-union workers.

Union membership delivers a massive 60 per cent wage advantage for community and personal service workers: The data shows they reported median weekly earnings of $1200 with membership and $750 without.

Technicians and trades workers, meanwhile, also enjoyed a healthy premium (44.1 per cent) – with union membership bumping their median weekly earnings from $1140 to $1643.

But sales workers were the exception to the rule. They had median earnings of $690 a week without membership and $600 a week with membership. 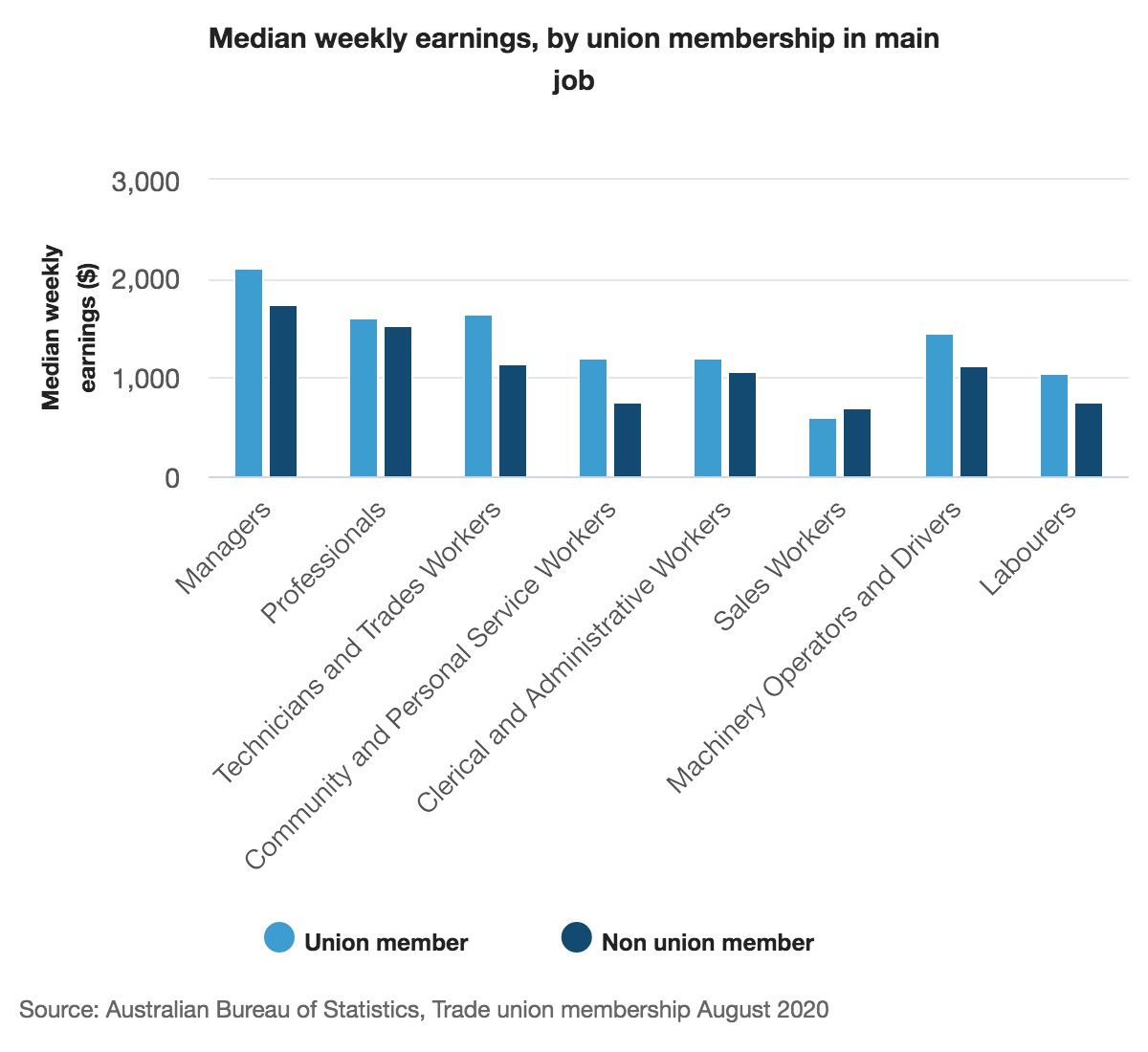 Centre for Future Work senior economist Alison Pennington told The New Daily union members earn more because they are “more likely to be covered by a genuinely bargained collective agreement, rather than lower-wage non-union agreements”.

Ms Pennington said they also receive active Award and minimum wages representation in their workplaces and at the Fair Work Commission.

“The union wage advantage for part-time workers was a massive $247, or 38 per cent more per week, and 32 per cent for all workers.”

The ABS data shows that 1.5 million employees, or 14.3 per cent of the workforce, were trade union members in August.

Professionals (21 per cent), community and personal service workers (18 per cent), and machinery operators and drivers (17 per cent) had the highest proportion of trade union membership.

And the data shows only 8 per cent of trade union members are casual employees, or workers without leave entitlements.

The official statisticians found casual workers accounted for two-thirds of people who lost a job during the first wave of economic disruption.

“Total employment fell from around 13 million to 12.2 million between February and May 2020, with two thirds of the fall occurring in casual employment,” said Bjorn Jarvis, head of labour statistics at the ABS. 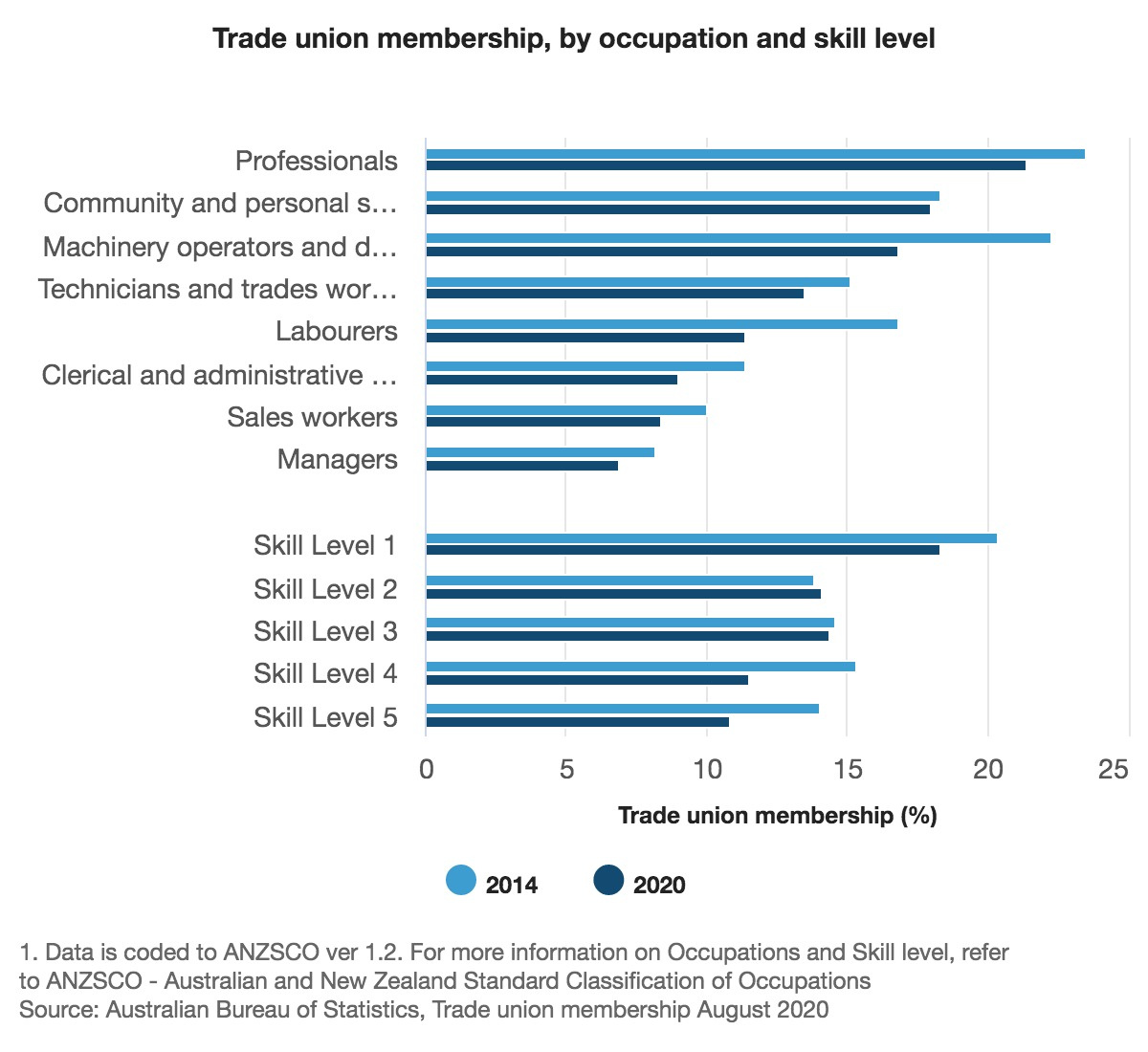 The bureau found employment in casual jobs fell from 2.6 million to 2.1 million between February and May.

Ms Pennington said casual workers suffered the most job losses as they were more likely to work in shut-down sectors and many were excluded from JobKeeper.

“But the specific characteristics of casual employment – i.e. no guarantee of hours or ongoing employment – also allowed businesses to easily strike them off the books,” she said.

“In other words, casuals copped it because they were easier and cheaper to sack.”

Ms Pennington said the pandemic had revealed “the true function of the ‘just in time’ casual workforce”.

There when you need them, sacked when you don’t.”

Mr Porter said the proposed reforms would make it easier for casuals to transition to permanent employment, but shadow industrial relations minister Tony Burke characterised the changes as an “attack on casuals”.

Among other things, the reforms would allow employers to change the pay and working conditions of workers if their business has been affected by the pandemic.