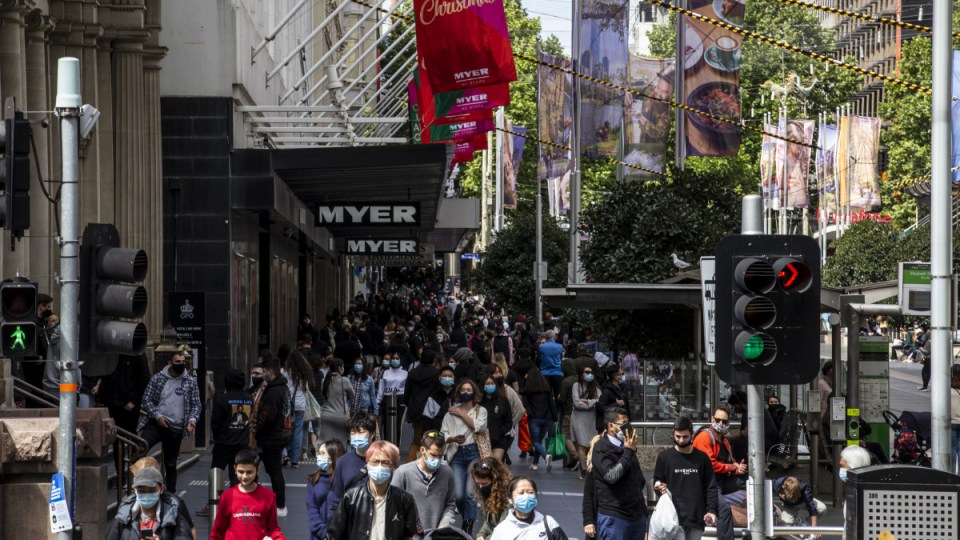 Consumers are hitting the shops as restrictions ease and confidence returns. Photo: AAP

Consumers are feeling more confident about the state of the economy amid tentative signs of a recovery in the labour market.

The latest payroll data from the Australian Bureau of Statistics shows the number of payroll jobs rose by 0.5 per cent over the two weeks to October 31, after a fall of 0.1 per cent during the previous fortnight.

Victoria experienced the strongest recovery – reporting a 1 per cent fortnightly rise – but all states and territories except Tasmania added more jobs than they lost.

That translates to 330,000 fewer payroll jobs across the country on October 31 than on March 14. 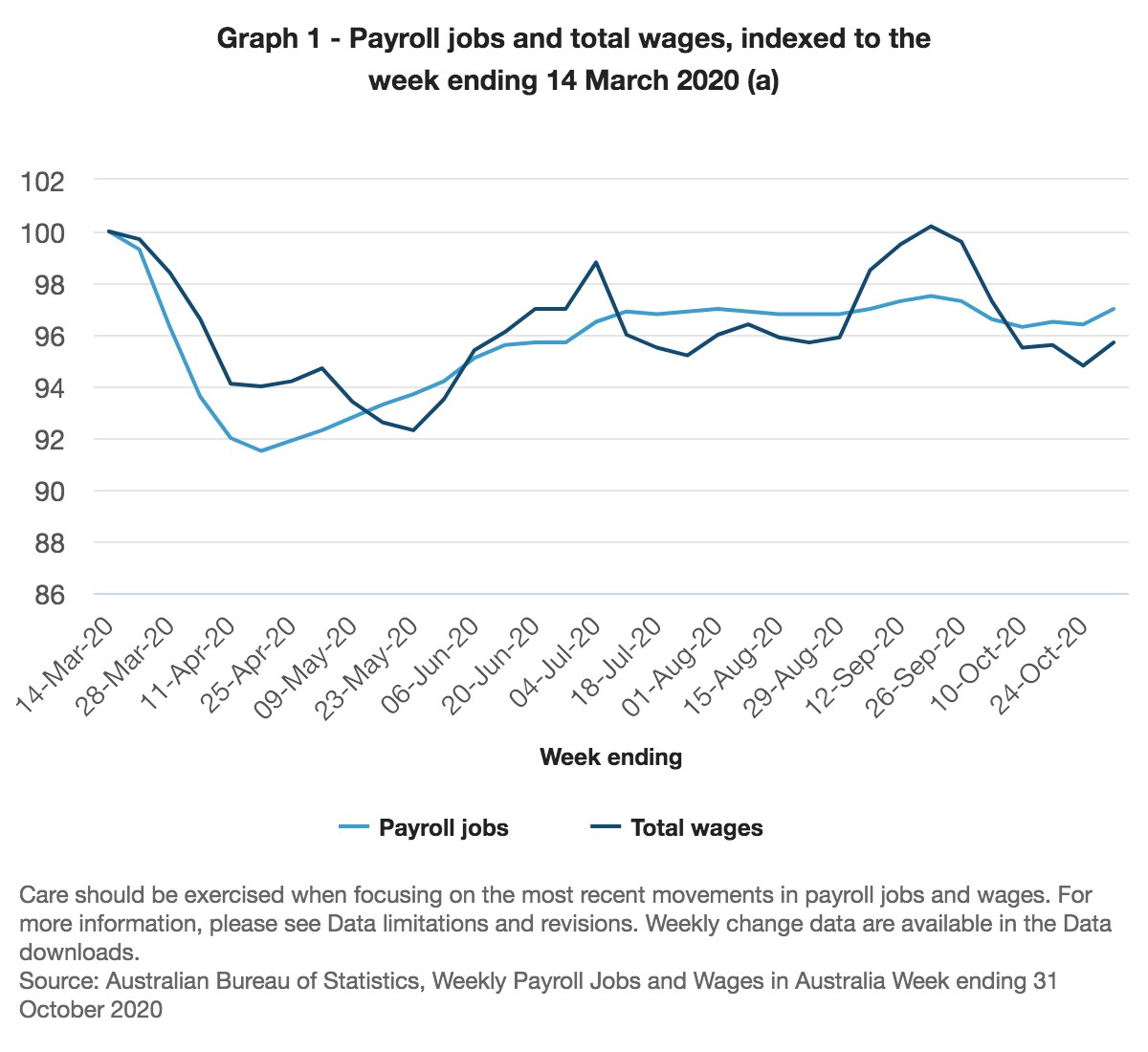 Meanwhile, separate data from Commonwealth Bank points to a large bounce in consumer spending since restrictions were lifted in Victoria at 11.59pm on October 27.

Spending in the state was down 1 per cent year on year in the week ending October 30. But it rose to 15 per cent above the same time last year in the following week, and 11 per cent higher the week after that.

And the uplift transcended state borders.

CBA’s data shows the easing of restrictions in Victoria led to a spending spike in all states and territories in the week ending November 6.

The latest payroll data comes after consumer confidence on Tuesday recovered to its highest level since February after rising for the 11th consecutive week.

In what was interpreted as an encouraging sign for retailers ahead of the crucial Christmas shopping season, the weekly ANZ-Roy Morgan Australian Consumer Confidence survey reported a 3.4 per cent rise in confidence over the weekend.

“The strong result points to a potentially strong Christmas season ahead for retailers,” Mr Plank said.

“The outbreak of local transmission in South Australia reminds us that we aren’t in the clear just yet, but the trend in confidence is very encouraging.”