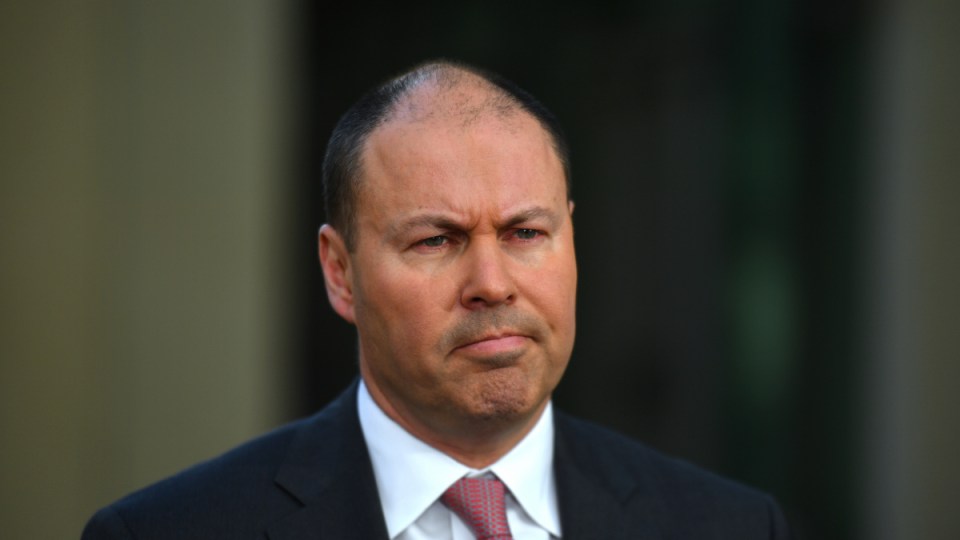 The pandemic, and support resulting from it, has led to an $85 billion deficit. Photo: AAP

More than 650,000 Australians will be pushed into poverty if the government slashes JobSeeker to pre-crisis levels, a new report has claimed.

And this will affect everyone from shopkeepers and landlords to business owners and banks – with almost half a million Australians potentially unable to cover their rent or mortgage as a result.

Just days before Treasurer Josh Frydenberg is due to outline his plans for JobSeeker and JobKeeper, the Australia Institute has released economic modelling showing the potential impacts of cutting back the juiced-up unemployment benefit.

It found that almost halving JobSeeker to its pre-crisis rate of $565.70 a fortnight would push an extra 650,000 Australians into poverty – of whom 120,000 would be children aged 0 to 14. That would take the total number of Australians living in poverty to 4.24 million.

Replacing the temporary increase (coronavirus supplement) with a permanent rise of $75 a week – a move the government is rumoured to be considering – would be somewhat better.

But given that would slash the current JobSeeker rate by $200 a week, it would still push an extra 505,000 people, including 90,000 children, below the Henderson Poverty Line. That would increase the total number of Australians in poverty from 3.6 million to 4.1 million.

“Poverty in childhood can have crippling life-long effects on the child’s cognitive, social, emotional and behavioural development, as well as a range of adverse health outcomes,” he said. 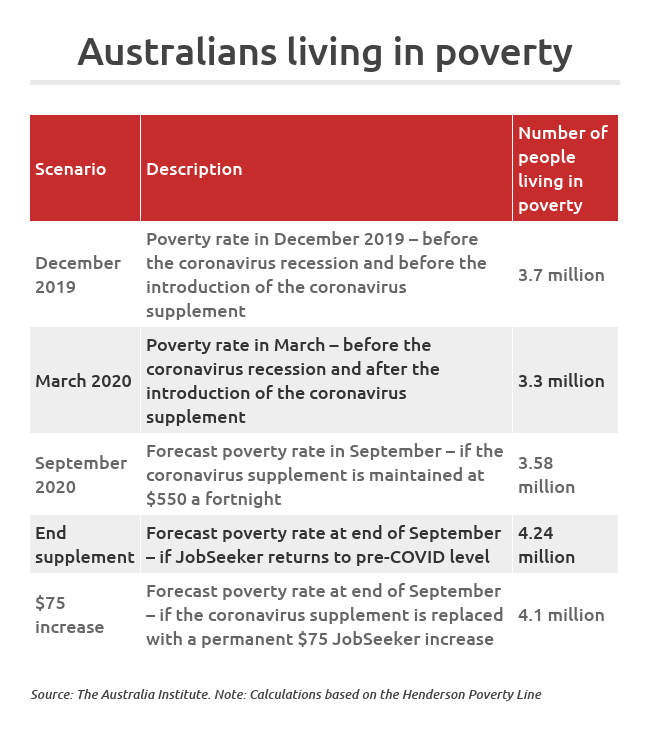 Too few jobs and too many jobless

The modelling, which the Australia Institute commissioned Communities in Numbers to conduct, comes after Mr Frydenberg foreshadowed “another phase of income support” in a series of media interviews.

It found the federal government lifted 425,000 Australians out of poverty when it boosted the unemployment benefit formerly known as Newstart in March.

But it found scaling back JobSeeker to pre-crisis levels would push many more people into poverty, as unemployment has risen dramatically since then.

And because so many people have lost their jobs at the same time, unemployed Australians will struggle to find a replacement.

“There are currently 13 unemployed people for every job vacancy,” said Mr Grudnoff, referencing data from the Australian Council of Social Service.

“Removing the [coronavirus] supplement in the middle of a recession is likely to see many more people forced below the poverty line than was the case before the coronavirus supplement was introduced.” 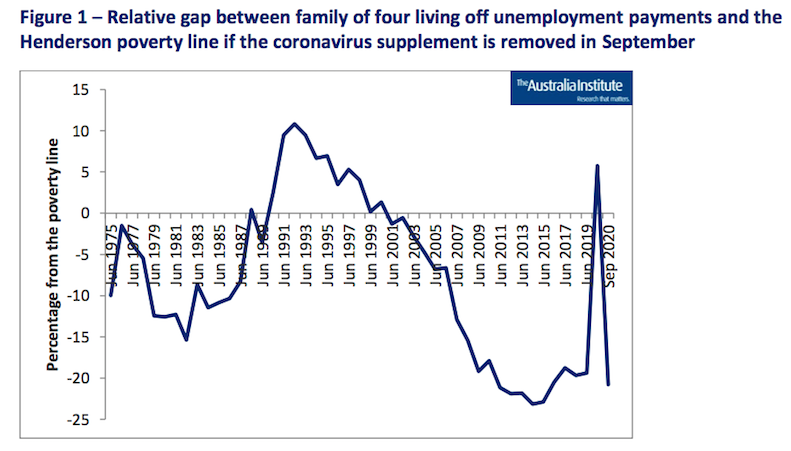 ‘Struggling to pay the mortgage’

Reverting JobSeeker back to its pre-crisis rate of $40 a day would also make it “very difficult” for newly unemployed Australians to pay their rent or mortgage repayments, Mr Grudnoff said.

“Those who have become unemployed since the introduction of the coronavirus supplement are less likely to have housing arrangements that can cope with the lower rate of unemployment payments when the supplement is removed in September,” he writes in the report.

If the coronavirus supplement is removed completely, an extra 242,000 home owners and 246,000 renters will be pushed into poverty.

Many will therefore struggle to cover their rent or mortgage repayments, which would have significant knock-on effects for the more than 2.2 million Australians who own investment properties.

“As unemployment has increased over recent months, the JobSeeker supplement has been the only thing standing between many recently jobless Australians and poverty,” Mr Grudnoff said.

“If JobSeeker is cut in half, hundreds of thousands of Australians will find themselves struggling to pay the rent or service their mortgages for the first time.” 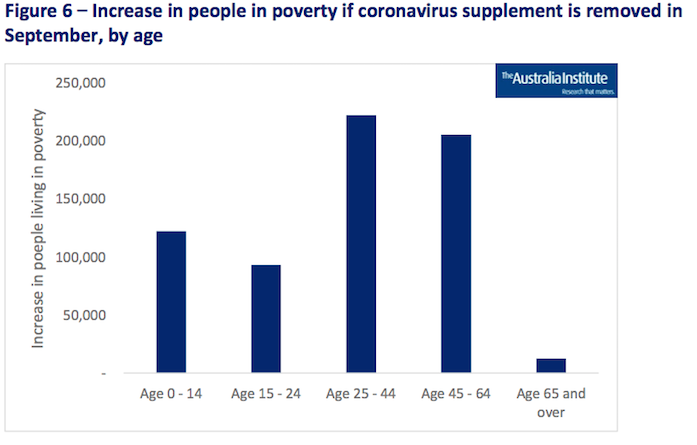 Even before the pandemic, business and welfare groups had called for an increase to the unemployment benefit. It was so low before the coronavirus that a household of two adults and two children relying on it were living 20 per cent below the poverty line.

And economists repeatedly argued that a permanent increase to the benefit (then called Newstart) would deliver a massive boost to the economy, as recipients would likely spend all the cash.

During an interview on ABC’s Insiders on Sunday, Australian Council of Trade Unions (ACTU) president Michele O’Neil said JobKeeper should be expanded to include workers who currently miss out, and extended for six months beyond September for companies that are still in distress.

Ms O’Neil said companies should have to meet a quarterly turnover test to ensure the payments only go to businesses that have yet to recover.

“As far as the provisions in the Fair Work Act, we will look at what the government announces,” Ms O’Neil added.

To prevent the economy falling off a ‘fiscal cliff’, the federal opposition has also called for JobKeeper to be extended beyond September, and for JobSeeker to be kept above pre-crisis levels.

Cutting JobSeeker will push an extra 650,000 people into poverty