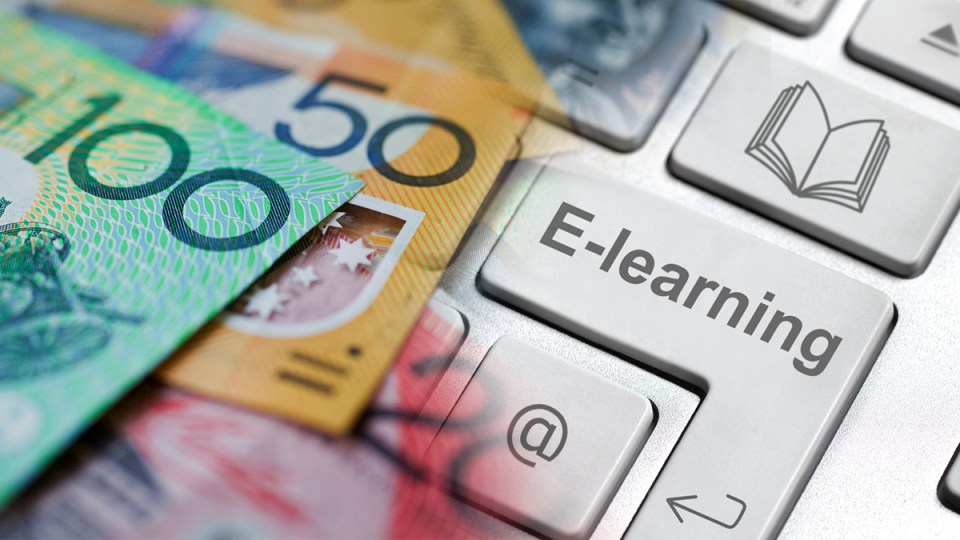 In a discussion paper published by the University of Tasmania, economists Joaquin Vespignani and Maria Yanotti argue that state governments should provide larger incentives to encourage younger Australians to up-skill during the recession.

“We’re not arguing for taking out any of the current income support payment systems … but we’re just suggesting to adjust them, so that the differential on the incentive works better,” Dr Yanotti told The New Daily.

How the numbers stack up

They have only crunched the numbers for Tasmania so far but are currently costing a national roll-out of the scheme.

In the Tasmanian context, they suggest the state and Commonwealth governments should pay unemployed Tasmanians who enrol in full-time courses lasting at least six months a total annual income of $20,000 to $30,000 – roughly equal to the increased JobSeeker rate – and finance the project by issuing special low-interest bonds.

The researchers estimate the program would cost up to $400 million and help at least 5000 unemployed Australians in Tasmania alone.

“The payments would have to be means-tested and [governments] would have to make sure they are targeting individuals who would otherwise engage in no activities, or even detrimental activities,” Dr Yanotti said.

“The main aim of this scheme is to incorporate into tertiary education disadvantaged young Tasmanians who have been traditionally excluded from post-college education,” she writes in the report.

Alongside federal support measures, the Tasmanian government introduced a range of policies to support Tasmanians during the pandemic, including a payment of up to $3000 towards training costs for people who lost their jobs.

But the economists say the current incentives for up-skilling are not only inadequate, but upside down.

“Currently, those undertaking full-time education, or an apprenticeship receive slightly lower government payments than those not undertaking any upskilling activity.

“Not only should this be the other way around, but the relative incentive for those upskilling [should] be much larger than for those choosing not to, as clearly the current payments are … not enough in Tasmania to encourage a skilful young workforce.”

The economists argue that the up-skilling incentive should be “at least 50 per cent higher the income support received for youth unemployment”.

She said the incentive could be extended to other demographic groups while unemployment remains high, and introduced in disadvantaged areas to tackle inequality. 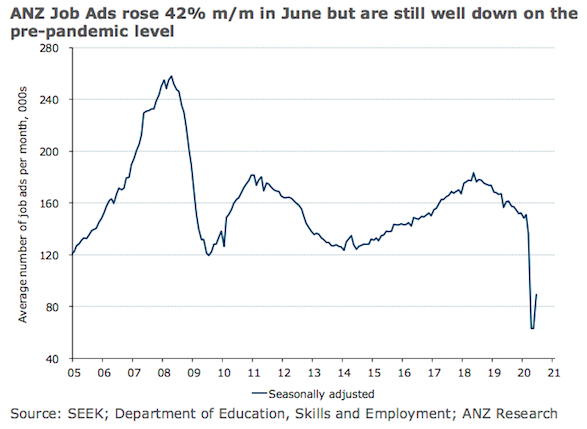 University of New South Wales economics professor Richard Holden said the broad parameters of the proposed policy were sound and using this moment to up-skill younger Australians was a “good ambition”.

He also agreed that “the relative attractiveness of JobSeeker versus training is what determines the incentive to engage in education and training”.

“But one can simply make training very attractive to provide those incentives, without cutting back JobSeeker, which would have other negative consequences.”

The research comes as ANZ released data showing job ads increased by a record 42 per cent in June as recovering hospitality businesses put on more workers.

But, in a stark reminder of the massive economic disruption caused by the pandemic, the number of jobs ads are still 41 per cent lower than they were in February.

Calls for higher income supports for unemployed Australians who study