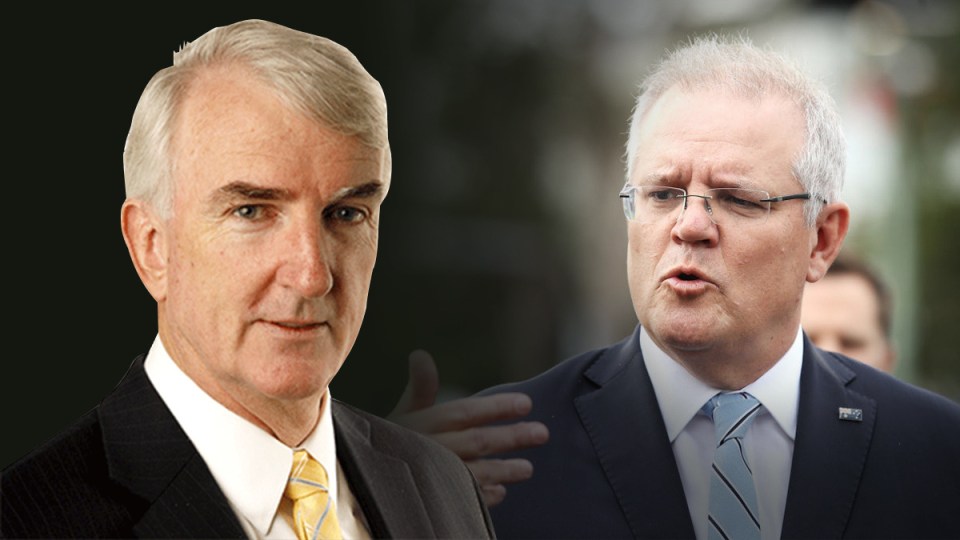 Mr Morrison has a history of punishing the poor. Photo: TND
analysis

You know last week’s minimum wage increase of less than $2 a day? The federal government will be getting more of it than many workers.

And the complexity of the tax and social welfare system intersecting with low wages means some people will be markedly worse off if they work extra shifts.

For example, a single person on the minimum wage working three shifts a week would actually drop $8800 a year if they take an extra shift next month.

They would cop an effective marginal tax rate of 212 per cent.

Rather than admit that complexity, Prime Minister Scott Morrison went close to playing the “dole bludger” card on shock-jock radio 2GB on Monday.

“We are getting a lot of anecdotal feedback from small businesses, even large businesses, where some of them are finding it hard to get people to come and take the shifts because they’re on these higher levels of (JobSeeker) payment,” said the Prime Minister, keeping it very simple for his target audience.

You could be forgiven for getting the impression Mr Morrison thinks temporarily doubling the JobSeeker base payment via the Coronavirus Supplement had created a nation of unworthy job snobs.

The tabloids – print and radio – are prime markets for ‘dole bludger’ bashing.

Mr Morrison’s history of determinedly refusing to increase the Newstart payment always had a touch of punishing the poor, a whiff of the prosperity theology “it’s their own fault”.

The real problem is not that the temporarily boosted JobSeeker is outrageously generous, but the cost of working low-wage extra shifts is outrageously expensive for the individual.

The Coronavirus Supplement has exaggerated an existing problem of cruel marginal tax rates for people coming off social welfare into work, as benefits are withdrawn too quickly.

It has a tendency to keep the marginalised marginal.

The obvious answer is to pay more, but some prefer to lobby the Prime Minister to keep the dole/Newstart/JobKeeper/whatever-it’s-called at a subsistence level.

While the Prime Minister chose to simplistically ignore the complexity on Monday, David Plunkett keeps a close watch on our tax and transfer system.

He is a rich source of graphs displaying the inequity of a sometimes punitive social welfare system.

Last week he worked through examples of what would actually happen to a single person aged less than 60 on the new minimum wage come July 1 if they worked extra shifts.

I had kept my report last week on the minimum wage increase extremely simple, just using the example of a full-time worker, to show the nominal 1.75 per cent increase would only be a 1.4 per cent increase in take-home pay.

Mr Plunkett included the complexity of the real world for part-time workers, where JobKeeper payments are sharply reduced for each dollar earned.

A single person working five shifts a week on the minimum wage will take home an extra $9.30 out of the Fair Work Commission’s $13-a-week rise, while the government pockets $3.70. (That’s the figure I used – a rise of less than $2 a day.)

But as the above graph using Mr Plunkett’s analysis shows, the government gets more of that FWC rise than an individual working one, two or three days a week.

A single person doing three days a week will get just $1.52 more while the government gets $6.28.

If you think that’s a bit rich, other examples of our tax and transfer system are worse.

A tertiary student couple receiving Austudy and with one person on the minimum wage would see the lion’s share of the already-small wage rise go to the government.

A full-time worker and student in that scenario will get an extra $1.49 a week while the government pockets $11.51.

The big problem though is what working more shifts does to take-home pay.

The present level of JobSeeker clearly isn’t going to last.

If it did, a single individual would be a mug to work more than three shifts a week – and many of the other permutations are none too attractive.

Mr Plunkett’s worst example, at an annualised rate, would be someone going from three shifts to four a week.

Their gross pay would rise by $7840 over the year, but they would receive $8800 less as JobSeeker payments were cut.

Going from three to five shifts a week would mean an increase in gross pay of $23,519, but a loss of $2772 in disposable income.

The present JobSeeker payment, with supplement, of $550 a week is too close to the new minimum wage of $753.80 a week to be sustainable under the present interaction of our tax and transfer systems.

But the previous JobSeeker payment of $550 a fortnight is demonstrably too low – as agreed by every major institution in the country, except the Prime Minister.

With unemployment staying high, with more would-be workers than jobs for some years, JobSeeker will need to be higher but with a more generous taper rate to remove the disincentive to work.

And the minimum wage will also need more support.

It’s not the stuff of tabloid headlines and simplistic political sloganeering. But it’s what the country and more than a million unemployed Australians need.

Beware the government punishing the poor for earning more