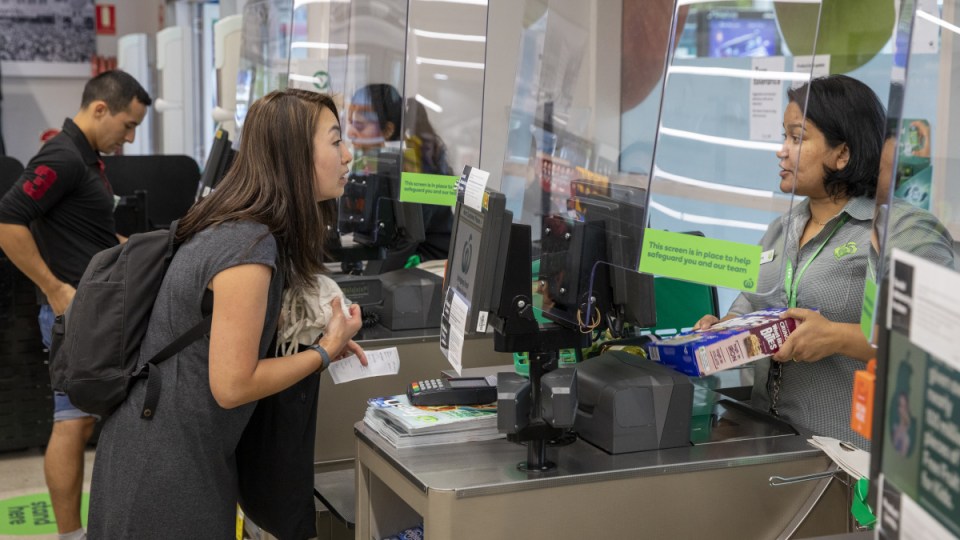 Woolworths says the shares and credits are a recognition of the challenges workers have faced. Photo: Dallas Kilponen

Woolworths is giving more than 100,000 employees across Australia and New Zealand bonuses to thank them for their hard work during a challenging year.

Full-time employees will get $750 in Woolies shares and $250 in store credits, while part-time workers will get the entire store credit and shares on a pro rata basis.

Woolworths Group chief executive Brad Banducci said the company’s unprecedented challenges included not just the coronavirus crisis – which sparked panic buying across its supermarkets – but the protests in Hong Kong, droughts and bushfires in Australia and the White Island volcanic eruption in New Zealand that killed several employees.

“The awarding of shares is not only recognition for our team’s efforts over the last year but also acknowledgement that our team has a critical role to play going forward as we all adjust to the new normal,” Mr Banducci said.

The offer meant Woolworths would have the largest number of shareholder staff in the Australian and New Zealand markets, the company said.

Employees will be able to keep the shares or sell them. Staff employed before March 1 are eligible.

Casual workers who joined after on or after that date to help the company navigate the COVID-19 demand surge will be able to keep their Woolies discount until the end of 2020, even if they leave the company.

Woolworths had a “relatively small number” of its employees come down with COVID-19 as its supermarkets remained open during the pandemic, a spokesman said, declining to give the exact figure.

Those workers were quarantined for two weeks and paid COVID-leave as they recovered. None of their illnesses became serious.