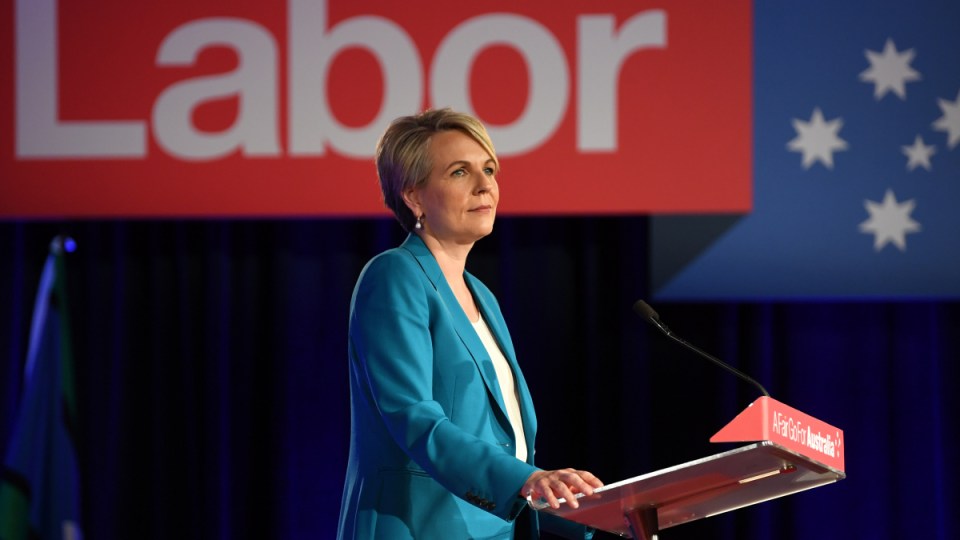 Tanya Plibersek has said governments must be "brave and bold" if they are to close the gender pay gap. Photo: AAP

Shadow education minister Tanya Plibersek has said governments must be “brave and bold” if they are to close the gender pay gap, after government data revealed little progress has been made on the issue.

In a speech to the Whitlam Institute, Ms Plibersek said governments should take a leaf out of Gough Whitlam’s playbook and consider introducing “controversial” policies that close the gender pay gap.

Her comments came just a week after the Workplace Gender Equality Agency (WGEA) revealed men are still paid an average of $25,679 more than women.

Meraiah Foley, deputy director of the University of Sydney’s Women, Work and Leadership Research Group, said attempts to bridge the gap in Australia had been “frustratingly slow”.

She told The New Daily the gap had drifted between 14 per cent and 20 per cent over the past two decades, with occasional improvements driven more by cyclical changes than long-term structural shifts.

“What we’re seeing right now in terms of the gender pay gap at the lower end of the spectrum can be understood in the context of the fact that wages and employment in traditionally male-dominated systems, like mining and construction, have been relatively low,” Dr Foley said.

“When we see that, we tend to see a slight improvement in the gender wage gap in Australia.

“And when the economy changes and we see expansion in those male-dominated areas, the gender wage gap goes back up.”

Dr Foley said the persistent undervaluation of work done by female-dominated industries is one of the main reasons why Australia hasn’t materially reduced its gender pay gap.

“So in some ways the wage gap is built into our system,” she said.

“And it starts at the bottom and continues right up to the top.”

In a report conducted with WGEA and Diversity Council Australia (DCA), the professional services firm found the most significant contributor to Australia’s gender pay gap was gender discrimination.

KPMG said it accounted for 39 per cent of it.

Taking time off to have children was the second biggest contributor. Together with other forms of career breaks, it accounted for 25 per cent of the gap.

And industrial and occupational segregation, or the over-representation of women in lower-paid roles and industries, accounted for 17 per cent.

DCA chief executive Lisa Annese told The New Daily the research disproved the argument that women were paid less because of the choices they made.

And Dr Foley said it showed both governments and employers needed to do more.

“One of the regulatory steps that could be taken, and I suspect this is a bit of what Tanya Plibersek might have been alluding to in her speech, is to really address, at a regulatory level, the undervaluation of the work where women are concentrated,” Dr Foley said.

“So equalising the wages of people who are in aged care [and childcare] with people in other occupations that require a similar level of education and training, for example.”

Governments could also pass legislation that makes it illegal for employers to insert clauses in contracts that prevent workers from publicly disclosing their salaries, Dr Foley added.

“At the organisational level, conducting pay audits and [publicising] information about internal wage gaps appears to be a successful way to tackle that problem,” she said.

“When that information is made public, people challenge it, and there tends to be more motivation to address it.”

For Ms Annese, though, the two policies governments should rush to implement revolve around parental leave and child care, so that Australia can move towards a shared-care model of parenting.

Firstly, they should update the government-funded paid parental leave scheme so that it encourages both parents to take time off work, rather than splitting them into “primary” and “secondary” carers.

“And the second thing they could do is really look at the accessibility and affordability of child care,” she said, referring to heavily-subsidised child care in Northern Europe.