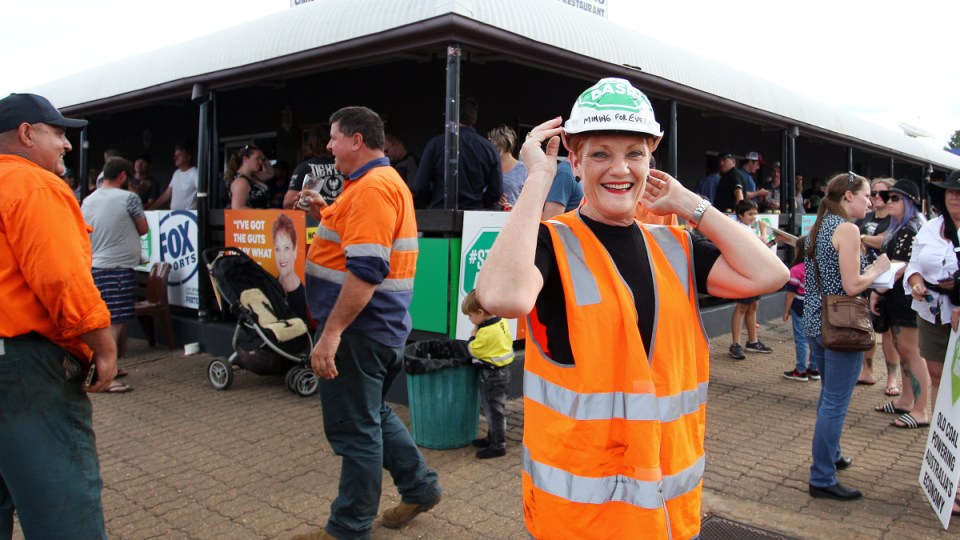 Pauline Hanson has accused the government of double standards on its union-busting legislation. Photo: Getty

Pauline Hanson says she refuses to be “pushed or badgered or bullied” into offering her crucial support for the federal government’s controversial union-busting bill.

Senator Hanson, whose  One Nation party controls two crucial votes, signalled on Monday she might squash the Morrison government’s plan to get its hotly contested “ensuring integrity” legislation through the Senate this week.

“I will take my time this week to actually sit down and have further talks with the unions,” she said.

“I am not going to be pushed or badgered or bullied or threatened by anyone – I don’t care whether it’s the government or the unions. I will make a decision that I think is right for the people of this country.”

Finance Minister Mathias Cormann, the government’s lead negotiator, has been wrangling the Senate crossbench for several months. He said earlier he was confident Senator Hanson would help get the workplace laws over the line.

“This is about making sure that we put our economy and jobs on the best possible trajectory for the future,” he told ABC radio on Monday.

“The continued lawlessness from some organisations is imposing a cost on the economy.”

The legislation will allow unions to be more easily deregistered and their officials disqualified.

On Sky News on Monday, Senator Hanson described the bill as a “sledgehammer against the unions” – and compared it to the government’s response to allegations of illegality from the country’s major banks.

“The Prime Minister says ‘oh well, it’s not up to us, the government, to deal with the banks, it’s up to the boards to do it’,” she said.

“But they’re coming out with a sledgehammer against the unions and doing what they’re doing, so I think there is a double standard there.”

Labor has also jumped on last weeks revelations of alleged breaches of laundering laws by Westpac as a sign of lack of punitive action against corporations.

The anti-money laundering watchdog AUSTRAC has taken Westpac to court, accusing it of 23 million breaches, some linked to child exploitation.

Mr Burke said there was still no corporate equivalence in the bill, a key point that was meant to be included to get the approval of parliament.

Opposition Leader Anthony Albanese said no amount of amendments could improve the bill.

“We want to defeat this legislation because it’s bad legislation, it can’t be made better,” he said in Canberra.

As the Coalition tries to get Senator Hanson over the line, it has released figures on the number of union bosses before the courts in her home state of Queensland.

Union officials in that state are responsible for half of the nation’s 120 right of entry breaches, plus 12 of 17 instances of illegal strike action cases before courts, according to figures provided to The Courier-Mail.

“The unapologetic recidivism we’ve seen from a small but militant minority of registered organisations has gone on long enough,” Attorney-General Christian Porter said.

The government has already changed the bill to include a demerits point scheme, as well as removing ministerial powers to deregister unions.

Pauline Hanson yet to be convinced on ‘sledgehammer’ union bill