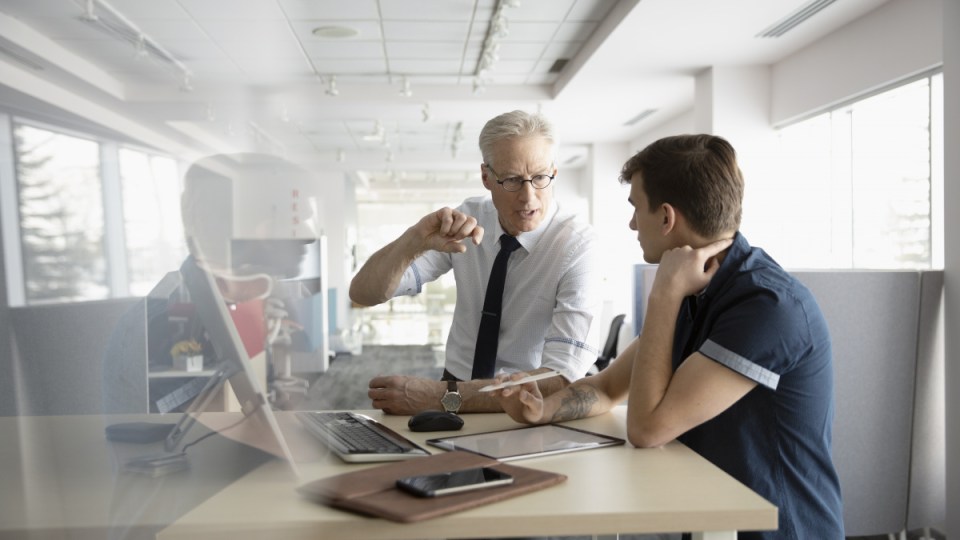 Mr Frydenberg said in a speech on Tuesday that his government wanted to help older Australians learn new skills so they could stay in the workforce for longer and take pressure off the government’s bottom line.

Prominent economist Dr Jim Stanford said that wouldn’t help, as the Australian economy was already suffering from a shortage of jobs.

Dr Cebulla said the Treasurer’s “narrow focus on education on training” was misguided, as most Australians reach a point in their 60s when excessive on-the-job tiredness forces them to hang up their boots.

Why employers hold the keys to longer careers

This is especially true, he said, for people working in physically demanding positions.

And it’s one of the main reasons why companies wishing to keep workers for longer should be flexible when it comes to negotiating job duties and working hours.

“There are a number of national and international examples of how firms rearrange their work to make it easier for older workers to stay with the same employer, but just take on a different role,” Dr Cebulla told The New Daily.

Among other things, this means giving older workers greater control over their work schedules, and accepting they may need to visit their GP more often than younger workers.

“[People working in services] benefit from that flexibility already, but the vast majority of workers don’t – and it becomes really important once you reach a certain age,” Dr Cebulla said.

Businesses that make these types of concessions, he added, would likely experience a “slightly” larger productivity boost than businesses that choose to let older workers go and hire younger workers instead.

“Because older workers, especially if they’ve been with the same employer for some time, know their jobs and what’s got to be done,” Dr Cebulla said.

“And it’s also good to have a mixed workforce – you don’t just want to have one certain age group working for you. You want to have a depth of experience and different backgrounds.”

One company’s response to the ‘demographic cliff’

Philips HR director Ryan Atkins took a similar view when he realised almost half the company’s engineers had already celebrated their 50th birthday.

Fail to act and the health-technology company would lose almost 50 per cent of its highly skilled engineers within 10 to 15 years.

If that were to happen, Philips “would have a massive problem in terms of being able to service our customers”.

And so Mr Atkins and his team tackled the issue head-on.

They invited colleagues in their 50s to discuss their retirement plans with external advisers, and gently encouraged a gradual transition towards retirement, by cutting down their hours.

This meant older workers could stay in the workforce for longer, without feeling overworked, and Philips could retain their wealth of experience.

“And it also got them thinking and working through, with their families as well, what they would spend their time on,” Mr Atkins said.

“Because what we find when working with specialists in the field is when people retire, they don’t have a plan as to how to fill their days … so there’s certainly a risk, especially amongst older men, of that sense of displacement, loss of identity, and mental health issues resulting from simply stopping work.”

Dropping down to part-time hours gave workers more time to think about what they wanted from retirement, Mr Atkins said.

And it also freed up money to hire the next generation of engineers, who were then taught by their more experienced peers.

He told The New Daily one of the main reasons older Australians leave the workforce is because they struggle to manage full-time hours and employers don’t always allow them to work less.

Speaking after Mr Frydenberg’s comments on Tuesday, Mr Versteege conceded Australia’s ageing population was likely putting pressure on the public purse, but said raising the pension age to 70 would be a “draconian” way of addressing the challenge, as more than 185,000 Australians between the ages of 55 and 66 were already unemployed.

“There are funding issues associated with an ageing population that need to be addressed – but if we are looking for more money to put into certain programs, we must carefully look at where those savings can be made,” Mr Versteege said, adding money could be found from cutting back on certain tax subsidies.

“Not everyone will make it to 70 working, so we need to make sure we don’t make lower-income people the whipping boy for finding more funds.”

Rethinking retirement: How employers can do more to support older workers