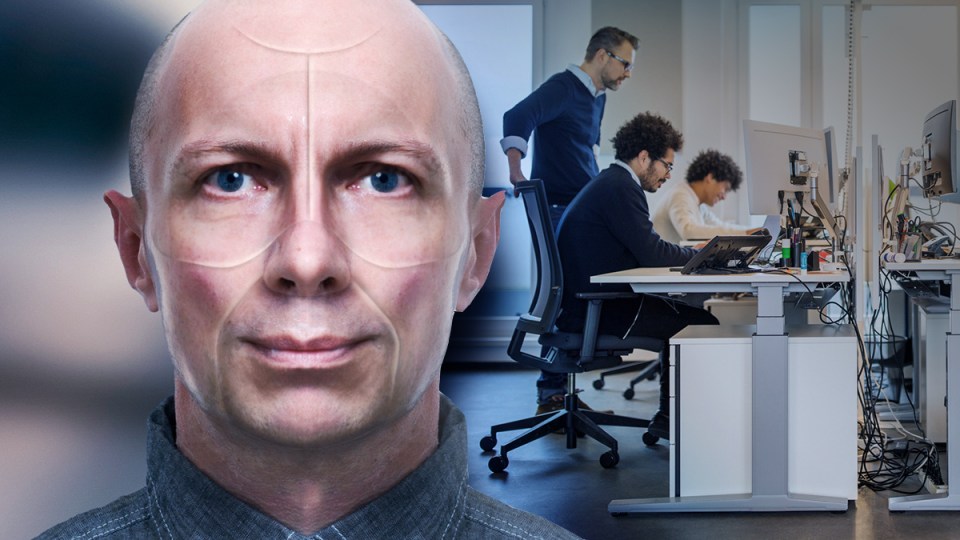 Machines are becoming more human, and more and more managerial tasks are being automated. Photo: The New Daily

Most of us have suffered an insufferable manager.

Someone who sets pointless tasks and gives pointless deadlines. Who is always on our case and expects us to do more with less.

To those nodding along in frustrated agreement, Gartner brings good news.

The global consultancy group says 69 per cent of today’s managerial tasks will be automated by 2024 – and that could spell the end for pesky middle-managers.

Not least because “robots may be better at empathy,” according to Aaron McEwan, vice president of research and advisory at Gartner.

“And what I mean by that is they may be better at picking up the signs of psychological distress, because they can access more accurate mechanisms,” Mr McEwan told The New Daily.

“They’re not reliant on a busy, stretched manager to be attentive enough to read between the lines in what an employee’s saying, or how they’re behaving.”

Some of these mechanisms are already in place, Mr McEwan said.

And some firms use sensors to monitor how long employees spend at their desks. (Often for the wrong reasons, but more on that later.)

In Mr McEwan’s mind, such technologies are just the beginning.

He sees a world in which machines check in with workers and ask how they’re doing, before feeding back data to the managers who kept their jobs.

And given many people are too burnt-out to act with empathy at work, machines might even be the ones to deliver constructive feedback and words of encouragement to workers, he said.

“You can imagine having a personal digital assistant that’s monitoring things like your heart rate and a whole bunch of data points,” he said, later referencing the University of Auckland’s Soul Machines project.

“And it gently says to you: ‘Hey Aaron, you’ve not slept properly for three weeks, you’re not eating well, you haven’t exercised, your attention is really, really stretched … so we’re going to close down your computer and send you home.

“We’ve ordered you an Uber, your favourite Netflix shows are lined up and ready to go when you get home. Don’t come back to the office for three days.”

What it could mean

These digital assistants will free up managers to focus on more value-added tasks by taking care of burdensome approval and monitoring steps, Mr McEwan said.

And that could spell good news for lagging productivity, with previous research by the Boston Consulting Group finding managers spent up to 60 per cent of their days on “non-value adding activities”.

“Think about the coach of an elite sporting team – they’re not there day-to-day helping players with fitness plans. Other people look after that,” he said.

“The role of a coach of an elite sporting team is really about collecting all of that data … reviewing the games, looking for patterns, and providing pointed feedback that’s highly valuable.

“And as we all know, some of the most effective sporting teams in the world have coaches that look after the wellbeing of their best players, and build a strong sense of team and culture.”

There are downsides, too

Anthony Elliott is the executive director of the Hawke EU Jean Monnet Centre of Excellence at the University of South Australia. He is also a member of the Australian Council of Learned Academies’ expert AI panel and has recently written a book called the Culture of AI.

He told The New Daily the industry had recently made big leaps “in what’s called affective computing – so things like empathy and increased emotional awareness”.

Banks are already using chatbots to gather information from callers before connecting them to the most appropriate employee, he said.

And people across the globe are sending millions of messages every week to a therapist bot named Woebot – suggesting people are willing to embrace and emotionally connect with artificial intelligence.

But Dr Elliott said there’s plenty of cause for concern – not least because AI is designed by flawed, often ideologically driven human beings.

“We should be worried about the more sinister edge of this – so you’re getting a lot of programs being deployed in organisations and companies that are monitoring and tracking employees.

“Her argument is: While there are lots of lofty ambitions for AI, really where this is leading us is into a kind of super-surveillance society.”

Roughly 70 per cent of managerial tasks will be automated by 2024: Gartner