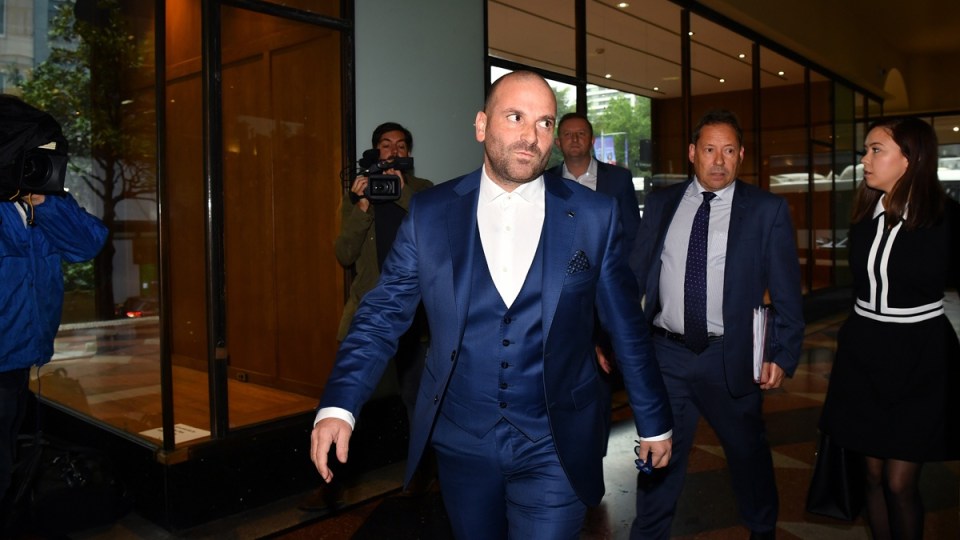 George Calombaris’ $200,000 fine for ripping off his workers almost $8 million could have been higher, the workplace watchdog has conceded.

Fair Work Ombudsman Sandra Parker said the regulator was “learning and evolving” after the major scandal engulfing the TV chef earlier in the year.

“We will in future take into account the size of the underpayment as a major factor,” she told a Senate estimates committee on Wednesday.

Ms Parker said Fair Work would have liked the contrition payment to be higher, but there was a range of factors limiting the amount.

She said the financial position of Mr Calombaris’ Made Establishment was taken into account when determining how much he should be forced to pay.

“We require them to provide statements and we discuss that with them. Those are matters that are commercial in confidence. They were a factor in this case,” Ms Parker said.

Unions were outraged with the size of the fine after more than $7.83 million was back-paid to 515 current or former employees of Press Club, Gazi and Hellenic Republic restaurants for work between 2011 and 2017.

Ms Parker’s appearance at the estimates committee came a day after the Fair Work Ombudsman’s report disclosed that workers had been compensated more than $40 million in stolen or lost wages over the past year.

The agency’s annual report revealed a “significant increase” in action on wages stolen from 18,000 employees, making the $40 million the highest recovery in the workplace regulator’s history.

It was the result of the resolution of 29,000 workplace disputes, 17.8 million visits to the Ombudsman website and 380,000 calls from employees questioning irregularities in their pay and conditions.

Ms Parker said more than half of the litigations filed involved businesses in the fast food, restaurants and cafe sector, which secured more than $1.6 million in penalties against employers.

Ms Parker told the estimates hearing that it would have taken two years for the matter to get to court if the Ombudsman pressed for a prosecution against Mr Calombaris.

She said media coverage and vilification of Mr Calombaris meant there was a high deterrence factor stemming from negative publicity.

The head of the workplace regulator stressed the payment was a recognition the company got it wrong and was sorry, rather than a fine.

“I would have some concerns with an amnesty,” she said.

Attorney-General Christian Porter signalled the government would push ahead with new wage theft penalties after joining the ranks of people who thought Mr Calombaris copped a light penalty.