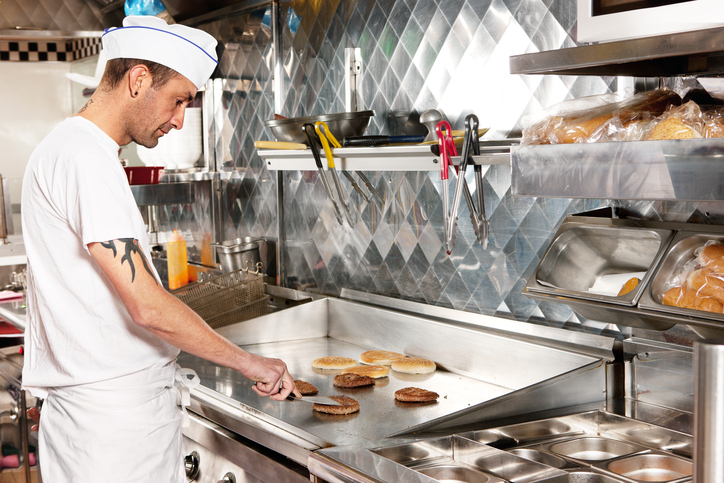 More than half the litigations were from the fast food, restaurants and cafe sectors. Photo: Getty

Ripped-off workers have been compensated more than $40 million in stolen or lost wages recovered by the Fair Work Ombudsman over the past year.

The highest recovery in the workplace regulator’s history comes after the resolution of 29,000 workplace disputes, 17.8 million visits to the ombudsman website and 380,000 calls from employees questioning irregularities in their pay and conditions.

Ombudsman Sandra Parker said more than half of the litigations filed involved businesses in the fast food, restaurants and cafe sector, which secured more than $1.6 million in penalties against employers.

“We urge employers to actively check they are paying their staff correctly and access our free resources for help. We will take enforcement action against employers who break the law,” Ms Parker said.

“We will continue our important work educating employers and employees, targeting high-risk industries, protecting vulnerable workers and improving compliance across Australian workplaces in the year ahead.”

Ms Parker’s warning comes after high-profile restaurateurs were investigated by Fair Work officers, with celebrity chef George Calombaris repaying $8 million in wages to hundreds of current and past employees.

The annual report says the changing workplace environment “increases the opportunity for unscrupulous employers to evade detection, particularly where vulnerable workers are employed.”

The Australian Broadcasting Corporation is also being investigated for the alleged underpayment of 2500 flat-rate casuals over six years.

The ABC’s annual report for 2018-19 has put aside $22,984 for the potential “estimated historical salary and wages and superannuation entitlements owed to certain casual employees”.

A Fair Work spokesman said the investigation into the ABC allegations was continuing.

Uber drivers say the company deceived them into taking pay cuts through its ‘upfront pricing’ policy.

According to the annual report, courts imposed penalties of $4.4 million as a result of FWO litigation, including $383,616 against the operators of three Tokyo Sushi outlets in regional New South Wales, where vulnerable employees were underpaid more than $70,000.

The Fair Work Ombudsman regulates 13 million workers and more than two million businesses using an “intelligence-led and risk-based approach” in covering key sectors of the economy.

A key success cited in the annual report was the “Harvest Trail Inquiry”, which recovered more than $1 million in unpaid wages for 2500 agricultural workers.

The report says Fair Work inspectors will continue to focus on businesses with high staff turnover, franchises and businesses that use temporary visa holders.