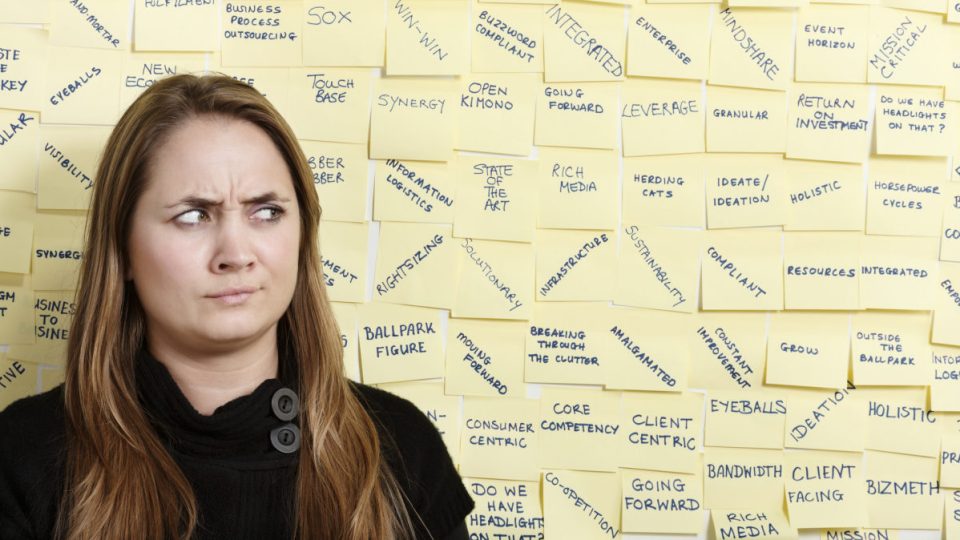 Job seekers are being put off by the use of baffling terms in job ads. Photo: Getty

Employers are being told to adopt plain English in their job advertisements after research showed applicants are put off by jargon and buzzwords.

Firms are being urged to write job adverts in plain English after research suggested applicants are put off by jargon such as “entrepreneurial mindset” and “action-orientated”.

Half of 2000 adults surveyed by graduate jobs specialist Milkround said they had not applied for a job because they did not understand the advert.

The most confusing expression used in job ads was ‘open the kimono’, with 82 per cent of jobseekers surveyed saying they didn’t understand the phrase.

According to Investopedia, the controversial phrase means to “reveal what is being planned or to share important  information freely”.

“Similar to ‘open the books’ or an ‘open door policy’, opening the kimono means revealing the inner workings of a project or company to an outside party.”

Forbes named the expression among the most annoying business jargon, alongside phrases ‘drinking the kool-aid’, ‘it is what it is’, and the words ‘empower’ and ‘leverage’.

“Some people use this instead of ‘revealing information’. It’s kind of creepy,” Bruce Barry, professor of management at Vanderbilt’s Owen Graduate School of Business, told Forbes.

‘Cloud-first’, ‘blue-sky thinking’ and ‘thought shower’ were other big bugbears for jobseekers, the report released on Monday said.

The most misunderstood jargon terms among recent graduates were:

Three out of four of those surveyed believed job adverts could be “deliberately ambiguous”, while three out of five would not apply for a job if they could not understand the jargon.

The most misunderstood phrases included ‘growth hacking’, ‘brand architecture’ and ‘low-hanging fruit’, according to the study.

The research also found men were more comfortable with business jargon and acronyms than women.

Milkround’s Georgina Brazier said the research showed the need for businesses to offer concise information and clarity, “so top talent isn’t put off by jargon, abbreviations and buzzphrases”.

“Gone are the days of limited characters within a newspaper job ad,” she said.

“Employers have the scope to include clear outlines and expectations, offering budding candidates full details of the role on offer.”