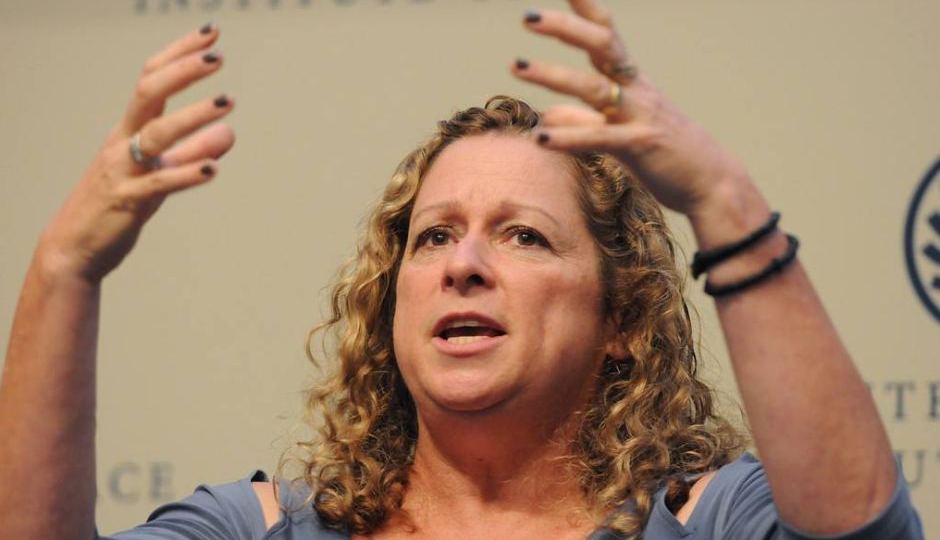 Abigail Disney has been advocating for higher taxes on the wealthy. Photo: Facebook

An heir to the Walt Disney fortune has launched a scathing attack on the “insane” $US65.6 million ($91 million) pay package claimed by the company’s CEO, which she says could have been used to fund a 15 per cent pay rise for all Disneyland employees.

Abigail Disney, an Emmy-winning documentarian and granddaughter of Disney co-founder Roy Disney, took to Twitter to deliver a searing assessment of chief executive Bob Iger’s salary, which is reported to have increased by 80 per cent from 2017.

While lauding Mr Iger as a “brilliant” leader who “most certainly” deserved a bonus, she said it was “insane” the head of the company earned more than 1000 times that of the average Disney employee.

“There are just over 200K employees at Disney. If you took half that 65 M bonus… I am quite certain you could move significant resources down the line to more evenly share in the great success,” she wrote.

“What difference would it make in the quality of life for those that gave up half their bonus? None. Zero.

“Maybe they can’t afford a third home. Or another boat. I’m not being facetious here. That’s the kind of sacrifice we’d be talking about for high-level execs.”

The tweets were in response to a “humane capitalism” speech delivered last week, in which Ms Disney criticised the “corrosive effect” large pay deals had on society.

The heiress, who is also a member of the activist organisation Patriotic Millionaires, which advocates for higher taxes on the wealthy, told the Fast Company Impact Council some Disneyland employees were struggling to pay for essential needs like medicine.

“When he [Bob Iger] got his bonus last year, I did the math and I figured out that he could have given personally, out of pocket, a 15 per cent raise to everyone who worked at Disneyland and still walked away with $10 million,” she said.

“So there’s a point at which there’s just too much going around the top of the system into the class of people who … have too much money. There is such a thing.”

In response to the rebuke, a Disney spokesman said Mr Iger’s pay increase was caused by share grants connected with Disney’s acquisition of 21st Century Fox.

They said the company had made “historic investments to expand the earning potential and upward mobility of our workers”.

“Implementing a starting hourly wage of $15 at Disneyland that’s double the federal minimum wage,” a spokesperson said in a statement to the Guardian.

“And committing up to $150 million for a groundbreaking education initiative that gives our hourly employees the opportunity to obtain a college or vocational degree completely free of charge.”

Mr Iger is yet to respond to the comments.