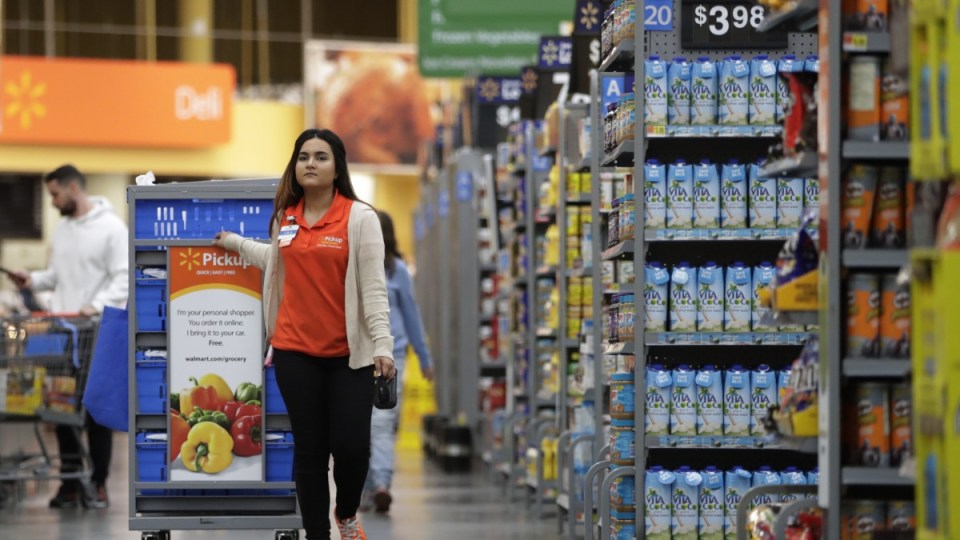 Walmart employees just got a pay rise. Don't count on that happening in Australia. Photo: AAP

Slashing the company tax rate in Australia would not result in pay rises for ordinary workers – rather, it would just mean fatter dividends for shareholders.

That is the message from unions and employee advocates, after Australia’s business community seized on events in the US to justify cuts to the corporate tax rate in Australia.

On Friday, retail giant Walmart announced it was lifting its minimum wage to $US11 an hour ($13.85).

Walmart claimed it was making this change in response to President Donald Trump’s massive cuts to corporate taxes, which pushed the rate from 35 per cent to 20 per cent.

This led to renewed calls from Australian business groups – and the government itself – for similar tax cuts, on the grounds that it would provide ordinary workers with a much-needed pay rise.

But Jim Stanford, an economist and director of the Australia Institute’s Centre for Future Work, said this was disingenuous, and there was no connection between tax cuts and wage increases.

“Walmart’s claim that they are raising wages because of the tax cut is a shallow and utterly unbelievable piece of political theatre,” he said.

“Like any other corporation, they only pay workers as much as they have to – in the wake of labour market conditions and regulations (like minimum wages).

“The reason they are raising wages is because their traditional low-cost model is broken. You can’t run a business forever paying people so little that they need to use food banks even when they are employed.”

Look closer – no one is actually promising a pay rise

Australian giant Wesfarmers, which owns retail names such as Kmart, Target, Bunnings Warehouse and Coles, was one of the firms to use Walmart’s decision as an excuse to cut the company tax rate.

“It would also help our retailers compete against international competitors operating on lower tax rates, which is good for jobs in Australian retail.”

But despite the general flavour of these comments, Wesfarmers did not actually commit to increasing wages among its own employees if corporation tax were cut, and would not be drawn on the issue when questioned by The New Daily.

The Business Council of Australia was even more evasive, ignoring direct questions about wages, and talking instead about increased employment.

“If you reduce the tax on Australian business, you create the opportunity for more investment and more jobs. We must take action to protect our international competitiveness. Australia needs a thriving private sector fuelled by investment – innovating, growing, creating jobs and opportunity,” a BCA spokesperson said.

And the federal government, which wants to cut the corporate tax rate from 30 per cent to 25 per cent, was also reluctant to link tax cuts to wage increases, focusing instead on “jobs and investment” and Labor’s decision to block the tax cuts in the Senate.

“While this [Walmart’s wage rise] is excellent news for US employees, whether we can drive similar results here will depend on whether Bill Shorten will drop his reckless opposition and support our Enterprise Tax Plan,” Financial Services Minister Kelly O’Dwyer said.

Ged Kearney, president of the Australian Council of Trade Unions, said: “The relationship between taxes and wages in Australia is this, a third of corporations don’t pay tax, and wage growth is the lowest it has ever been.

“Big business want to pay less tax, of course they do, because all they are concerned with is profits.”

Of the people and organisations The New Daily spoke to, only Daniel Wild, research fellow at free-market think tank the Institute of Public Affairs, said there was a definite link between lower company tax rates and higher wages.

“The aggregate effect [of a tax cut] is a higher demand for labour. So existing workers will get higher wages because of an increase in demand. And unemployed people will be drawn into employment.”