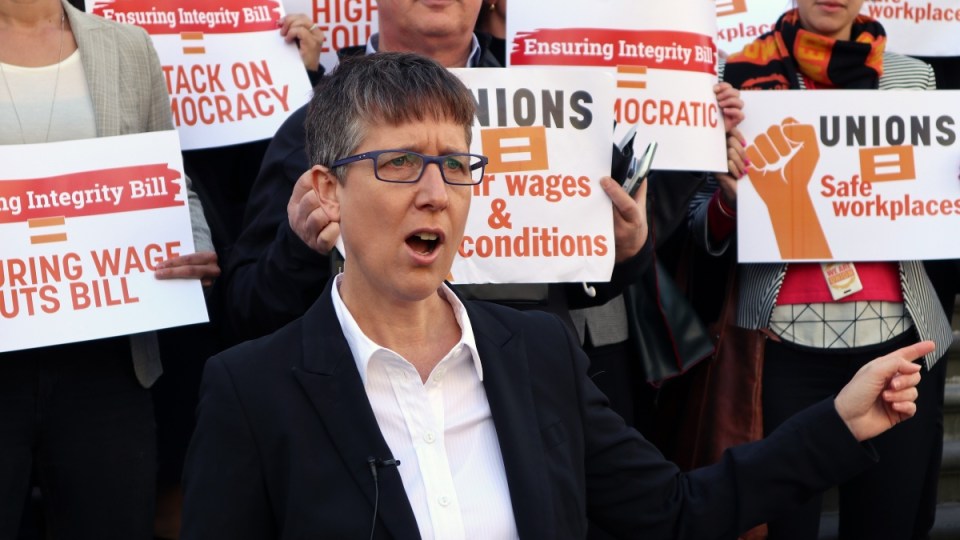 Australia’s trade unions have declared war on the increasing casualisation of the workforce, a trend they claim is buffeted by a rise in “fake” casual jobs.

The Australian Council of Trade Unions, the collective voice of Australia’s unions, called for a “proper” definition of casual work to be included in the Fair Work Act.

It also called for employees to be given the option of converting to permanent positions after six months of regular work with one company.

ACTU secretary Sally McManus said casual employment was once largely restricted to retail and hospitality industries but the rise of “fake casuals” had contributed to plunging more than half of Australians into insecure work.

“They tell them to go and get an ABN number when they’re actually permanent workers. They convert them to labour hire just to reduce their wages and conditions.

“All of these are loopholes that need to be shut down so that we make sure we once again have good steady jobs.”

Opposition employment spokesman Brendan O’Connor said it was important to maintain some casualisation in the labour market but it should not be the norm or primary method of employment.

“Federal Labor has made it clear that we are going to look at the definition of casual in order to ensure it is used for what it was originally intended to be used for,” he told reporters on Wednesday.

Mr O’Connor said casual contracts were intended for “peaks and troughs, work which is replacing permanence, but not for people who are working indefinitely year in and year out and being deemed by their employer to be casual”.

“That is not what we think is reasonable.”

Labor would speak to employers and unions before committing to defining casual work in legislation if it wins the next federal election, he said.

The opposition is also examining the ACTU’s push to block employers from reasonably refusing a request by a casual to convert to permanency, which was rejected by the Fair Work Commission in July.

Mr O’Connor said casual employment undermined job and financial security, made it more challenging to organise a loan and deprived people of the opportunity to have paid leave.

“One of the contributions to the fall in real wages is the fact people do not feel confident enough to ask for a wage rise because they have no permanent work,” he said.

“They’re fearful that if they ask for more wages or more work, they may not have any work at all.” 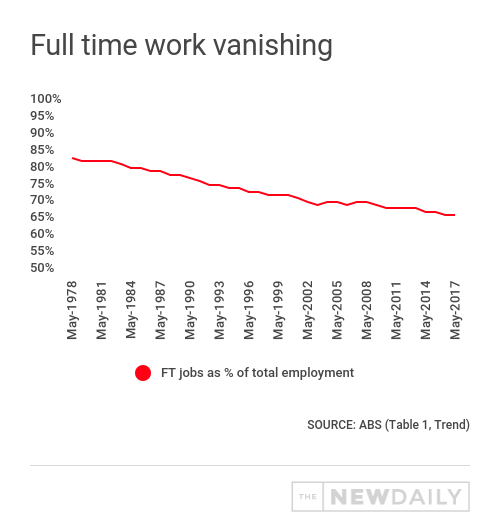 Employer groups immediately pushed back, saying many casuals prefer to have higher rates of pay than longer-term entitlements.

“Casual employment suits a very large number of people, who prefer this form of employment because it gives them the flexibility they want or need,” Australian Industry Group spokesman Stephen Smith told The Australian.

The Fair Work Commission rejected proposals similar to those put forward by the ACTU in July. Instead, it granted casual workers under 85 awards the right to request permanent employment if they worked regular hours for 12 months. Employers can refuse the request on reasonable grounds.

At the time, Ms McManus said the ruling was welcome but “only plugs one small hole in a nationwide crisis”.

Currently, employers are not obliged to pay superannuation unless a casual worker earns at least $450 a month from ordinary hours (not including overtime).

This hurts the retirement savings of low-paid Australians, especially women working multiple jobs who miss out because no single pay cheque is more than $450 a month.