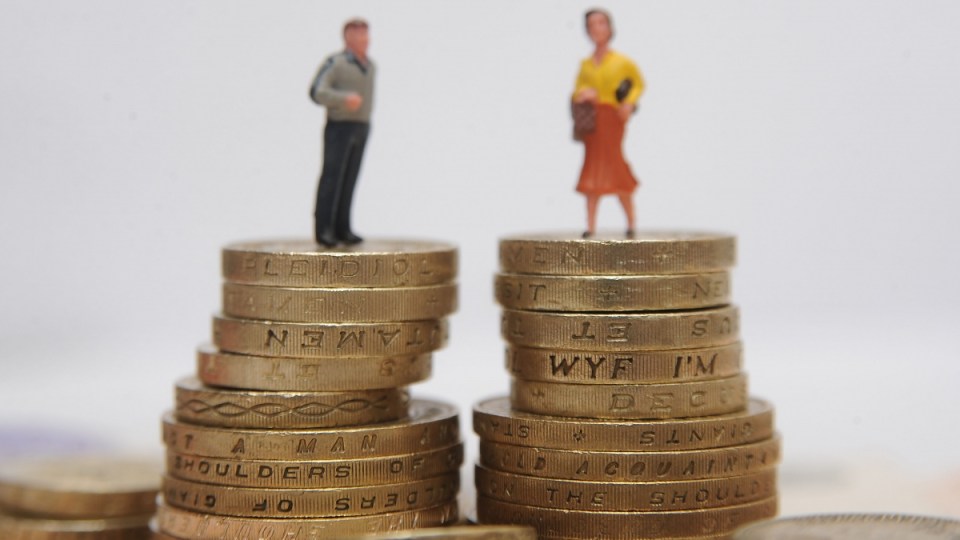 At the current rate of change, women will not earn as much as men until 2050. AAP

Women are on track to earn as much as their male colleagues, a major study on the gender pay gap has revealed.

But progress is so slow they may have to wait another three decades before that wage parity is achieved.

The report, conducted by the federal government’s Workplace Gender Equality Agency and released on Friday, surveyed four million workers, or 40 per cent of Australia’s working population.

It found men on average earned a massive $26,527 a year more than women.

That translated to a pay gap of 22.4 per cent – 0.7 percentage points less than it was last year.

If the narrowing gap continues at this rate – as it has done for the last four years – wage parity will finally be reached around 2050. This rate of change looks particularly insipid when you consider the extent to which businesses have tried – at least on the face of it – to tackle the problem.

The WGEA found nearly 40 per cent of the more than 11,000 businesses surveyed had conducted ‘gender pay gap analysis’.

And almost 70 per cent had introduced flexible working policies, also up 5 percentage points on the previous year.

Nearly six businesses in 10 reported having a formal policy on remuneration, up 5.4 percentage points.

But all these measures translated to little real change.

In all areas, real improvement was below the 1 percentage-point level.

Alongside the 0.7 percentage-point improvement in wage equality, there was just a 0.2 percentage-point rise in the number of women on boards (25 per cent); and a 0.8 percentage point increase in proportion new management appointments going to women (43.4 per cent).

Where are the gaps biggest?

The industry with the biggest gender pay gap was technicians and trades, where men earned 26.7 per cent more than women.

But after that, it was in management roles.

But even in low-skilled and entry-level type jobs, women earned considerably less than men.

In clerical and administrative roles, for example, the gap was 8.4 per cent, while in community and personal services, it was 9.1 per cent.

So what are employers doing to fix it?

The report found the most common actions taken by businesses were: identifying the cause of the pay gap; reporting the extent of the pay gap to management; and reviewing remuneration decision-making.

Digging a bit deeper, though, it turned out hardly any businesses – just 4.6 per cent – were actually setting themselves targets to ensure their female employees were paid more.

The New Daily put this criticism to the Australian Council of Commerce and Industry (ACCI), the peak body for Australian businesses.

“There are many ways to address these issues, not just through targets,” she said.

Responding to the findings, the Australian Council of Trade Unions (ACTU) accepted the employers were making a genuine effort to address the problem.

However, the unions body said more work needed to be done on implementing workplace flexibility policies.

“Only a quarter of workplaces which have a flexibility policy have manager training to help implement that policy, and until flexible working arrangements are available in all workplaces, women will be left worse off,” the ACTU stated.

‘I am not afraid’: The modern unknown soldier risks it all in Ukraine
Greens sign up for Labor’s looming jobs-and-skills summit as Liberals stick with boycott
Joe Biden’s $430b green victory for the environment
China cementing its Thailand ties with joint military exercises
NRL: Titans frantic to end 10-game losing streak as Manly showdown looms
AFL: Western Bulldogs cling to finals hopes after GWS thriller
Why Australians are quitting their jobs to advance their careers
Today's Stories

Revealed: the distant year when women might finally earn as much as men