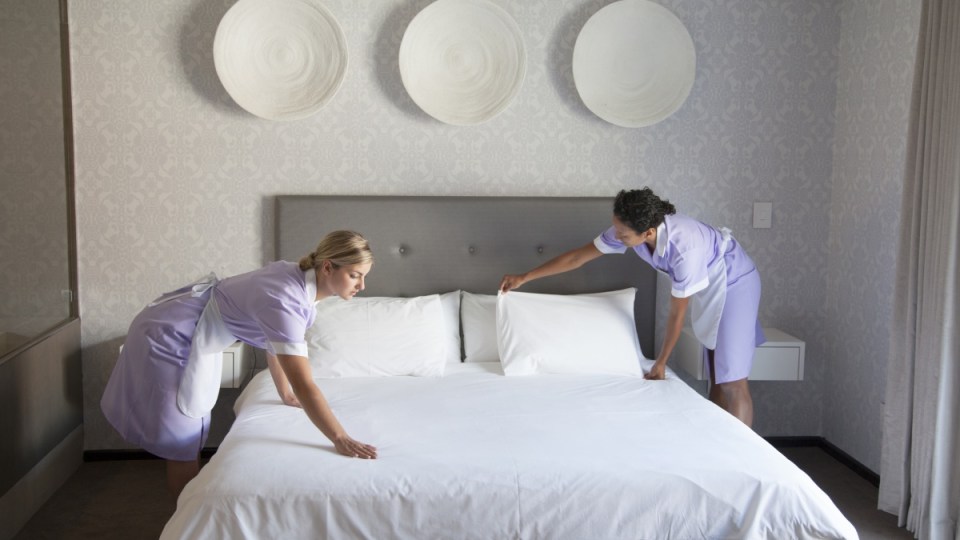 Based on the current median wage, the lowest-paid workers would receive $738 a week – $80 more than the minimum wage. Photo: Getty
analysis

When the union movement called for the minimum wage to be replaced by a so-called ‘living wage’ on Thursday, the most confronting aspect of the whole thing was that the concept of a ‘living wage’ was even considered necessary.

Unions calling for higher wages is nothing new. But this is about tackling entrenched poverty in a country that traditionally celebrates a fair go for all.

Under the Australian Council of Trade Union’s proposal, the living wage would be set at 60 per cent of median wages and would replace the minimum wage.

“No one should live in poverty in Australia,” Ms McManus says.

“We are rapidly moving towards the creation of an American-style working poor. A class of people who barely keep their heads above water, despite working full-time, sometimes in multiple jobs.”

The tragedy of this call – beyond the sombre reality that many households are struggling to keep up with rising gas, electricity, health and housing costs – is that it will go unheeded by the avowedly anti-union Turnbull government.

Prime Minister Malcolm Turnbull and his bellicose treasurer Scott Morrison are in denial about Australia’s faltering economy. They are also unmoved by the plight of Australia’s lowest-paid workers as evidenced by their full-throated support for the Fair Work Commission’s controversial decision to cut penalty rates.

Based on the current median wage of $1230, the lowest-paid workers would receive $738 a week – $80 a week more than the minimum wage. That said, the aim of 60 per cent is considered a long-term target and would not represent a shock to the economy.

Mr Turnbull knows that households are struggling. The Prime Minister’s almost comical posturing over negotiations with energy leaders over energy prices confirms a keen awareness that the cost of living is a sore point in the community.

The call for a living wage needs to be seen in its historical context. Indeed, the ACTU’s call very deliberately coincides with the 110-year anniversary of the seminal ‘Harvester Decision’, in which the newly created Commonwealth Court of Conciliation and Arbitration stated that all Australians deserved to be paid a “fair and reasonable” wage.

To Justice Higgins fell the task of calculating a wage that would meet the “normal needs of the average employee regarded as a human being living in a civilised community”.

He ruled that for a family of five to live in “frugal comfort” a minimum daily wage of seven shillings was required. This became known as the “basic wage” and came to underpin Australia’s minimum wage system.

(The Harvester Decision takes its name from the Sunshine Harvester Works owned by industrialist HV McKay, which was at the centre of the wages decision.)

The gap between the minimum wage and the cost of living for Australia’s poorest families has been exacerbated by the global financial crisis of a decade ago, stagnant wages growth and the move to casual and part-time work.

It is a point forcefully made by Ms McManus, who notes that the Fair Work Act sets out a range of criteria in setting the minimum wage, of which the needs of low-paid workers is just one factor.

“The promise of the Harvester Judgement, which established a world-first living wage in Australia, has been completely eroded by decades of neo-liberal policies,” she says.

Ms McManus argues that a living wage must be sufficient to ensure that all working people are able to afford rent in a suitable dwelling, a healthy diet, a good quality education, healthcare, transport, electricity and other energy costs, adequate clothing, entertainment and a contingency for unexpected expenses.

“The promise of Harvester was financial security for working people, not barely keeping from starving and making endless sacrifices to keep the lights on,” she says.

Instead of dismissing the ACTU’s report, Living up to the Promise of Harvester: Time for a Living Wage, as union propaganda, the Turnbull government would do well to reacquaint itself with the fact that a living wage, far from being a radical proposal, is a hallmark of the Australian values so fondly invoked by the Prime Minister.

Call for a living wage is not a radical proposal: it’s a basic entitlement