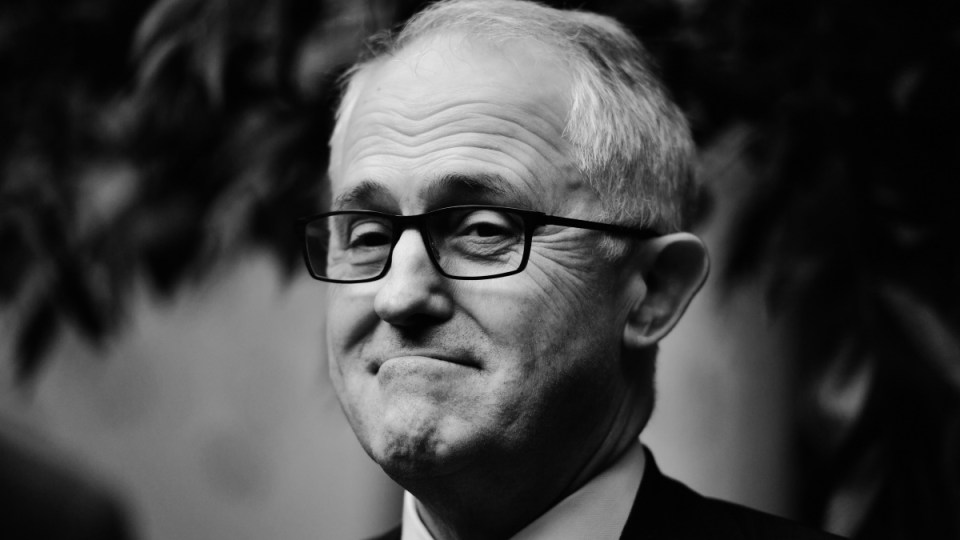 The dramatic federal police raids of the Sydney and Melbourne offices of the Australian Workers Union tell us everything we need to know about the desperation of the embattled Turnbull government.

This is a government – and more to the point, a Prime Minister – that cannot get cut-through in the electorate. If the opinion polls are an accurate reflection of voters’ animus, Malcolm Turnbull is political toast.

When all else fails, government strategists believe Labor has two tender spots that can be usefully exploited: the union movement and Opposition Leader Bill Shorten, which happen to coalesce quite neatly.

It was no surprise when former prime minister Tony Abbott played the well-thumbed union card, but so-called moderate Mr Turnbull has been just as avid in his over-the-top denunciation of the union movement.

Recall in March when Sally McManus, newly elected head of the Australian Council of Trade Unions, said in a television interview that it was reasonable for unions to break unjust laws.

An apoplectic Mr Turnbull was unable to contain himself. He accused Ms McManus of defying the rule of law, linked her to the “culture of thuggery and lawlessness … of the union movement”.

He claimed this was also “the culture of the Labor party in 2017” and in particular represented “the values or lack of values that is driving Bill Shorten”.

So aghast was Mr Turnbull that he announced his government would be unable to work with Ms McManus. Not even Malcolm Fraser, at his most virulently anti-union, denied union leaders a seat at his table.

The raids on the AWU offices might as well have been scripted in Mr Turnbull’s office.

The government has taken umbrage at accusations that it has misused its authority by setting the Australian Federal Police (AFP) on to Mr Shorten’s old union.

But the government is being too cute. Politicians are adept at lying with the facts. The Turnbull government may not have directed the AFP to raid the AWU offices, but the government placed in motion the events that inevitably led to the somewhat overwrought police raids.

The raids are a consequence of an investigation by the Registered Organisations Commission (ROC) into the AWU’s donation of $100,000 to activist group GetUp! in 2005-06. Mr Shorten was head of the AWU at the time and was a founding director of GetUp!.

The investigation was at the behest of Employment Minister Michaelia Cash.

The ROC is also investigating donations by the AWU to Labor campaigns in three seats, including Mr Shorten’s Melbourne seat of Maribyrnong.

More shadowy is the trigger for the raids. The ROC says it received information that documents relevant to the investigation were being concealed or destroyed at the AWU offices.

A magistrate subsequently issued warrants for the seizure of the documents. Conveniently, the media cameras were there to capture all the drama.

But since becoming PM, Mr Turnbull has disappointed on so many policy and philosophical fronts, and quite possibly the most disappointing is his resort to demonising the union movement for political gain.

In this he is following the playbook that has informed previous Liberal prime ministers. But it has been a sorry spectacle as the professed champion of the “sensible centre” seeks to delegitimise the union movement at every opportunity.

The ROC, which is at the centre of this unseemly drama, was one of the triggers for last year’s double-dissolution of Parliament. The ROC bill was passed by both houses of Parliament on November 22, 2016.

The dramatic police raid is the bounty the Turnbull government fully expected to harvest.

The rotten apples of the union movement by all means should be exposed and cast away. But the government’s vigilance in bringing unions to heel on the question of donations might seem less politically motivated if some of the dodgy donation practices within the Liberal Party were examined with equal vigour.

While it is well understood that the penetration of the union movement in Australian workplaces is at an all-time low, it is a mistake to assume that Australians disregard the important role that unions have played historically and play still.

As Mr Turnbull’s stocks continue to plummet he would do well to consider at what point his “principled” stand against the union movement is pegged for what it is: undisguised union bashing.