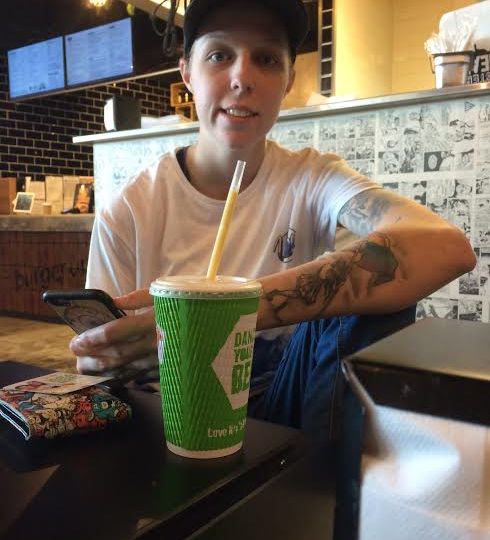 A former Queensland McDonald’s manager has alleged she was forced by management to bully teenage staff into working without pay.

Jessica Burns, 23, told The New Daily that young employees at the Forest Lake store were regularly forced to attend unpaid “cleaning nights” and prevented from joining a union during her four years as a manager from 2010 to 2013.

It comes after a parent of a former employee told The New Daily young crew members were instructed to complete three hours of unpaid compulsory cleaning at a Brisbane store.

If you have more information or a similar story, please contact us.

“At these cleaning nights all managers were made to attend unpaid and we had to try get as many crew as we could to attend as well, so that would result in scaring them and giving the people who were happy to go along more shifts,” Ms Burns said.

Those who refused to comply were bullied out of their jobs, she said.

“The kids who would stand up for themselves would get the least amount of shifts possible in the hope they would quit, because they don’t like it when you stand up for your rights.

“We had ridiculous expectations they had set for us and if we didn’t feel it could be done we were shown how to bully the staff into doing it.

“They came up with a crazy list of things that had to be done before head office were due to show up, but were not willing to put extra staff on during the shifts to cover that cleaning.”

McDonald’s spokeswoman Skye Oxenham responded to the accusations, saying: “We do not tolerate any instances of underpayment and would welcome the opportunity to speak to this individual to investigate.

“McDonald’s employ more than 100,000 people in Australia and we take very seriously our responsibility to ensure employees are paid correctly with appropriate working conditions.

“We take a number of steps to ensure our people are treated fairly including an employee relations hotline to allow our employees to report concerns; any issues are quickly fixed.”

The former manager said the extent of bullying extended beyond teenage staffers, as she witnessed or experienced abuse “nearly every shift”, and that she quit as a result.

“I left because I couldn’t take much more of what was happening there. It took a lot on my mental state and many others, which even to this day I still struggle to be confident in the workplace from fear of what I’ve seen,” Ms Burns said.

“One time I did call up head office because the bullying was getting so bad and I wanted to report it. They put me through to someone within the head office who I reported it to and I never saw anything done about it and never heard anything from them.”

Employees were unable to turn to the Shop, Distributive and Allied Employees union for help as they were prevented from joining, Ms Burns said.

When a spokesperson visited the store, managers were asked to make sure the brochures with union information and how to join were not handed out, as per instruction from the owner and store supervisor.

University of Canberra industrial relations expert Professor Phil Lewis said cases like Ms Burns’ occur regularly, and that little comes from them if they are not reported to the Fair Work Commission.

“We have to assume given the number of cases we do find out about that there are a lot more we don’t know about. They are illegal and they are breaching the conditions of the award,” he told The New Daily.

“It’s like crime, you don’t really know how many criminals there are. You only know the ones that get caught.”

However, Professor Lewis said even if an investigation occurs, companies can claim they are not liable.

“At McDonald’s each one of those stores is operated by a franchisee, and so McDonald’s are, strictly speaking, not liable for what the franchisee does,” he said.

“They can always get out of it by saying it’s not their fault by saying ‘these are individual employers and this is not really our responsibility’, and I think legally they might be right.”

McDonald’s ex-manager: We bullied teens to do unpaid work