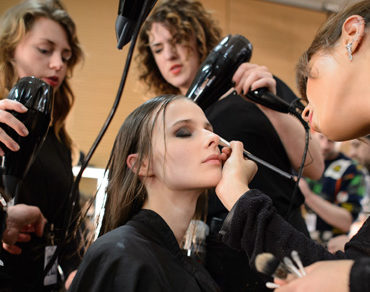 Hairdressers fear they may be the next workers to have their weekend pay slashed after the hair and beauty industry asked the Fair Work Commission to conduct a fresh review into penalty rates.

The deadline for submissions on the commission’s decision to reduce Sunday penalty rates for retail, hospitality and fast food workers expired yesterday without any suggestions from the Turnbull government on how to minimise the impact on those affected.

In its submission, the government rejected the suggestion of “take home pay” orders to minimise financial hardship on those impacted.

Labor wrote to the Fair Work Commission on Friday to oppose any penalty rates cuts for hair and beauty employees, whose weekend pay rates are now likely to be considered by the commission.

The commission said in February it would look at pay rates for those workers if an employer asked for a review. That request was forthcoming from the hair and beauty industry this week.

In its submission, Labor claimed 84,400 workers would be affected by cuts to the hair and beauty award and that any changes would hit women harder than men.

If the commission mirrored its changes to the retail award, hairdressers who worked on Sunday would lose $77 a week, the opposition claimed.

A full-time adult level one hairdresser currently earns $19.44 per hour on weekdays, which increases to $25.86 on Saturdays and $38.88 on Sundays.

“The fact that the Commission is continuing to review other awards is further proof that the first round of penalty rate cuts is just the thin edge of the wedge of a broader assault on the take-home pay of Australian workers,” Opposition Leader Bill Shorten said.

A submission last year from Australian Business Industrial called on the commission to reduce the Sunday loading for hair and beauty workers from double-time to time-and-a-half.

It also requested the abolition of public holiday rates for casual workers and reducing the rate to double-time for full and part time workers.

The commission did not rule on hair and beauty pay rates in February because ABI withdrew its submission, but it wrote that the current rates “appear to raise issues” and that it was “appropriate that these rates be reviewed”.

Ai Group chief executive Innes Willox confirmed that the organisation would act on behalf of Hair & Beauty Australia Industry Association “to represent hair and beauty industry employers in a review of penalty rates”.

The union has formed Hair Stylists Australia, which aims to organise hair and beauty industry employees and Mr Walton said members feared they were now next in line to have their weekend rates cut.

“Penalty rates go a long way to providing a basic living for a lot of these workers,” he told The New Daily.

The Fair Work Commission has also asked for submissions on how to introduce its changes to penalty rates for fast food, hospitality and retail workers, which are intended to create more jobs and allow businesses to offer employees more hours.

The Turnbull government on Friday wrote to the commission, rejecting the use of “take home pay orders”, which can be used to preserve a worker’s existing rate of pay.

The government did recommend that the commission implement transitional arrangements, but did not specify a preference.

It has previously been suggested that the reduced rates could be phased in over a number of years or only apply to new workers.

Labor, which has tried to legislate against the cuts, did not entertain the idea of phasing in, choosing instead to reiterate its opposition to the decision.

The Australian Chamber of Commerce and Industry argued against delaying the cuts, saying the new rates would create jobs and increase trading hours.

Hairdressers could be next to have their weekend pay slashed