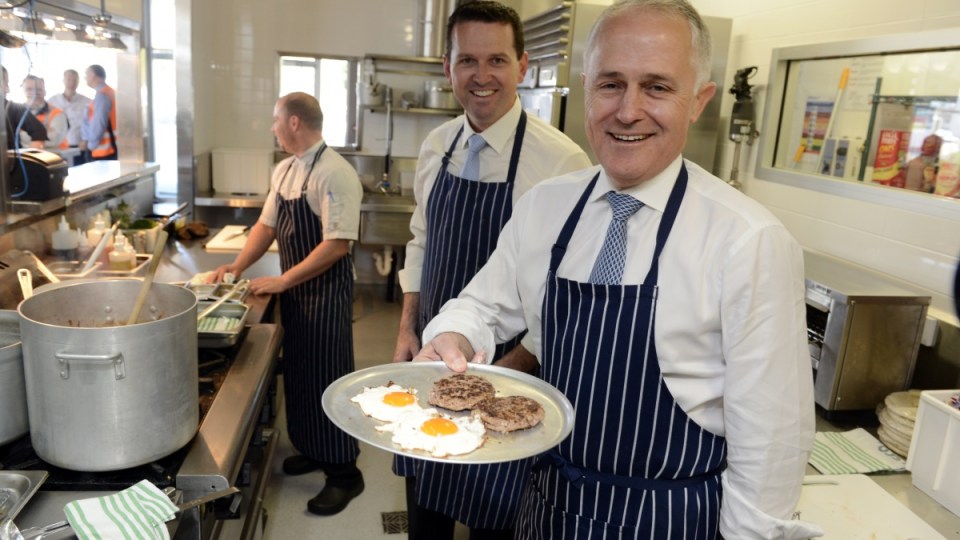 Malcolm Turnbull may face some pain over the penalty rates issue. Photo: AAP

Prime Minister Malcolm Turnbull has for the first time conceded that his government supports cuts to penalty rates.

Mr Turnbull has previously been criticised for dodging questions on whether or not he and his government supported the cuts to Sunday and public holiday penalty rates as per the Fair Work Commission’s (FWC) draft decision.

Until Friday, Mr Turnbull had maintained that the decision was not made by government, and had said he would respect the independence of the FWC.

But he finally made his position clear to Mitchell.

“I have been very clear about that.

Mr Turnbull also labelled Opposition leader Bill Shorten a liar for his part in a Labor robo-call campaign against the cuts about to be launched.

“Malcolm Turnbull’s cuts to penalty rates will rip off 700,000 workers, losing up to $77 per week in pay,” Mr Shorten says in the message.

After listening to part of a robo-call on 3AW, Mr Turnbull called out Mr Shorten for previously pledging to support the independence of the Labor-created commission in making decisions on penalty rates.

“He’s the one that’s broken his word and he’s lying there,” Mr Turnbull said.

Ms McManus, the new secretary of the ACTU, this week said she supported unions breaking the law if the laws were clearly unjust for workers.

Mr Shorten, who will bring to Parliament on Monday a private bill to stop the penalty rates decision going ahead, hit back at Mr Turnbull and urged people to lobby the government to protect the rates.

“What is point of being prime minister if you are never going to stand up for workers?” Mr Shorten said.

“Cutting penalty rates for up to 680,000 Australians is absolutely the wrong decision and at a time when you have wages growth at a 20-year low and corporate profits at a 40-year high.”

Mr Turnbull said the government, which is expected to make its submission next week before the March 24 deadline, backed the new rates being rolled out over two years.

Mr Turnbull also said he agreed with the Commission’s view that the reductions in Sunday rates would lead to more employment opportunities.

Labor is also expected to lodge its submission soon.