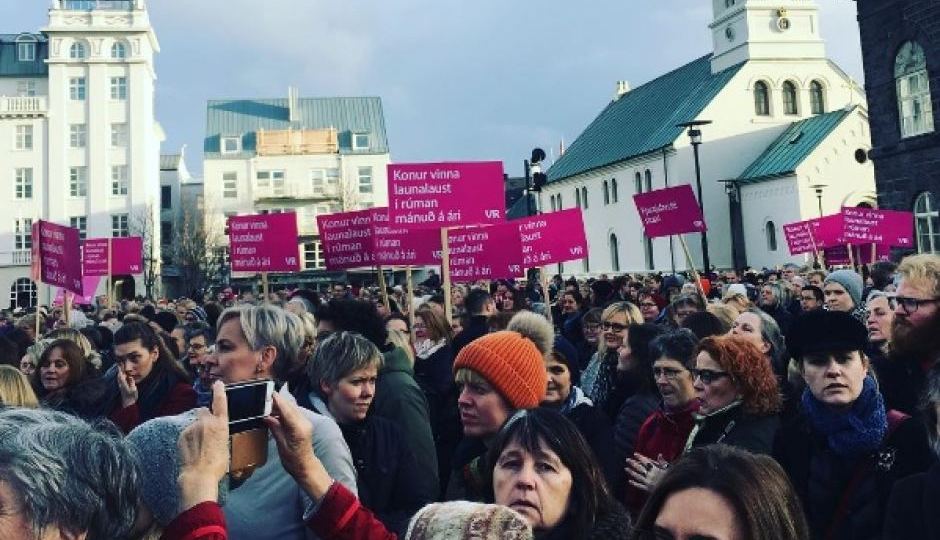 Iceland will be the first country in the world to make employers prove they offer equal pay regardless of gender, ethnicity, sexuality or nationality.

All employers with more than 25 staff members will be required to obtain certification to prove they give equal pay for work of equal value.

The Nordic nation’s Government announced the legislation, which will be introduced to Parliament this month, on Wednesday — International Women’s Day.

While other countries, and the US state of Minnesota, have equal-salary certificate policies, Iceland is thought to be the first to make it mandatory for both private and public firms.

“The time is right to do something radical about this issue,” Social Affairs and Equality Minister Thorsteinn Viglundsson said.

“We need to make sure that men and women enjoy equal opportunity in the workplace.

“It is our responsibility to take every measure to achieve that.”

Iceland has been ranked the best country in the world for gender equality by the World Economic Forum, but Icelandic women still earn, on average, 14 to 18 per cent less than men.

In October, thousands of Icelandic women left work at 2:38pm and demonstrated outside Parliament to protest the gender pay gap.

Women’s rights groups calculate that after that time each day, women are working for free.

The new legislation is expected to be approved by Iceland’s Parliament because it has support from both the centre-right Government and opposition lawmakers.

The Government hopes to implement the legislation by 2020, and wants to eradicate the gender pay gap by 2022.

Iceland has introduced other measures to boost women’s equality, including quotas for female participation on Government committees and corporate boards.

Such measures have proven controversial in some countries, but have wide support across Iceland’s political spectrum.

Mr Viglundsson said some people had argued the equal-pay law imposed unneeded bureaucracy on firms, and was not necessary because the pay gap is closing.

“It is a burden to put on companies to have to comply with a law like this,” he acknowledged.

“But we put such burdens on companies all the time when it comes to auditing your annual accounts or turning in your tax report.

Author Salman Rushie stabbed in the neck by masked assailant on stage
‘We have lost a bright light’: Actress Anne Heche dies a week after fiery car crash
Shot in the arm for electric vehicles as Hertz launches local rentals
Kyrgios blows away de Minaur in all-Aussie clash in Montreal
England declares official drought as water-use restrictions loom
North Melbourne offers Alastair Clarkson five-year contract: Report
How old is too old in the workforce? It may not be up to you
Today's Stories