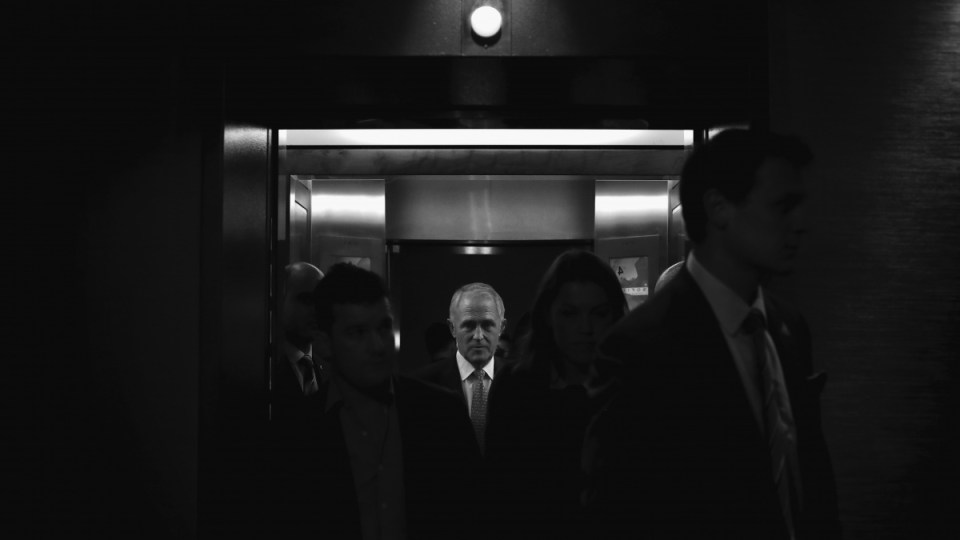 The dismantling of default super is an 'ideological attack'. Photo: Getty

The government’s proposed fix is the ABCC, a tougher construction industry watchdog that would, it argues, improve productivity by limiting the power of “militant” unions.

But a new report published by The Australia Institute, a left-wing think tank, found no link between construction wages and rising house prices.

“The fact that the Prime Minister would invoke something as important as housing prices as part of an ideological crusade against unions is appalling,” lead author, Canadian economist Dr Jim Stanford, told The New Daily.

Mr Turnbull starred in an election ad earlier this year claiming that illegal union activity was driving up the costs of hospitals, school and roads by 30 per cent, and making apartments less affordable.

Deputy Prime Minister Barnaby Joyce repeated the claims in parliament on Tuesday during a fiery denunciation of union “thuggery”. He was forced by the Speaker to retract his unparliamentary language after quoting ‘Eff you’ and other censored expletives from a newspaper article.

The Australia Institute report found that construction labour costs account for about 10 per cent of housing prices, roughly the same proportion of a house purchase as real estate agent commissions and stamp duty combined.

And while house prices have risen, average earnings in the construction industry grew slower than the national average over the last five years, the report found.

While the government used the affordability argument before and after the election, it was not mentioned in the original explanatory memorandum dating back to 2013, which suggests it was not the intended consequence.

‘Property bubble not the fault of unions’

Dr Stanford, director of The Australia Institute’s Centre for Future Work, said the real cause of the property “bubble” was the rapid expansion of mortgage credit, inflows of foreign money into housing, and extremely favourable tax laws for landlords.

He advised the government to curb tax breaks for landlords, cool off property speculation, and more carefully regulate the banking sector if it wants to lower prices.

Dr Stanford, who recently emigrated from Canada, said he has been shocked by Australia’s “needlessly polarised” debate over trade unions and industrial relations.

“Around the industrialised world, trade unions play an important role in distributing income within society, trying to improve the safety and conditions of work, yet here in Australia it always seems like any debate involving unions is a black-and-white battle to the death.”

What is the ABCC?

The ABCC bill was one of two triggers for the July election, which the Turnbull government narrowly won. It was reintroduced to parliament in October, and fractious negotiations over its passage have dominated Question Time and negotiations with crossbench senators this week.

The government seems to have secured the necessary support of Pauline Hanson’s One Nation, Liberal Democrat David Leyonhjelm, Derryn Hinch, and the three Nick Xenophon senators for the bill to pass.

The Coalition argues a tougher watchdog is needed to stamp out illegal activity, lift productivity, and make houses more affordable.

Labor says the ABCC would treat construction workers worse than criminals, jeopardise their safety, and is simply a cover for the Coalition’s anti-union agenda.

It has also been criticised by trade unions such as the CFMEU, as well as the Law Council of Australia.

The CFMEU has run an ad campaign against the bill:

‘The Prime Minister’s ideological crusade against unions is appalling’