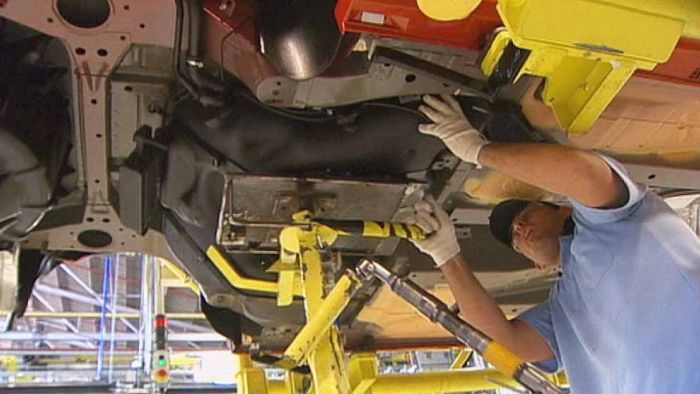 Australia’s official unemployment rate has fallen to 5.6 per cent, despite the Australian Bureau of Statistics (ABS) estimating the loss of 3900 jobs last month.

The headline jobless rate is now at its lowest level since the Coalition formed government under Tony Abbott’s leadership in September 2013.

The seemingly contradictory result stems from a steep fall in the proportion of the adult population in work or looking for it — the participation rate — from 64.9 to 64.7 per cent in August.

The decline in the number of people working also saw a fall in monthly hours worked, which eased by 3.9 million to 1656 million hours.

That is despite the ABS saying that the census data collection would have added to hours worked last month.

Jobless rate edges to 5.8 per cent

“Of the majority of the persons who were employed for the census, most already had another job, but worked more hours during the month,” explained the program manager of the ABS Labour and Income Branch, Jacqui Jones.

There was some good news in the seasonally adjusted data’s detail, however, with an estimated 11,500 full-time positions added, while it was 15,400 part-time jobs that were lost.

However, the less volatile trend figures, which are preferred by the ABS and most economists, show that the shift towards part-time employment is continuing.

This rise in part-time work is also showing through in the underemployment rate, with a 0.3-percentage-point rise to 8.7 per cent of the workforce who would like more hours of work than they are currently performing.

That has put the quarterly labour force underutilisation rate – which combines those unemployed with those who are not getting as much work as they want – at 14.3 per cent, up 0.1 of a percentage point.

The trend unemployment figure showed a steady labour market, with the jobless rate stuck at 5.7 per cent.

Economists surveyed by Bloomberg were typically expecting unemployment to remain steady at 5.7 per cent, with around 15,000 jobs added.

The Australian dollar dropped around 0.2 of a cent to 74.6 US cents shortly after the 11.30am (AEST) data release, with the disappointing detail outweighing the headline drop in the unemployment rate.