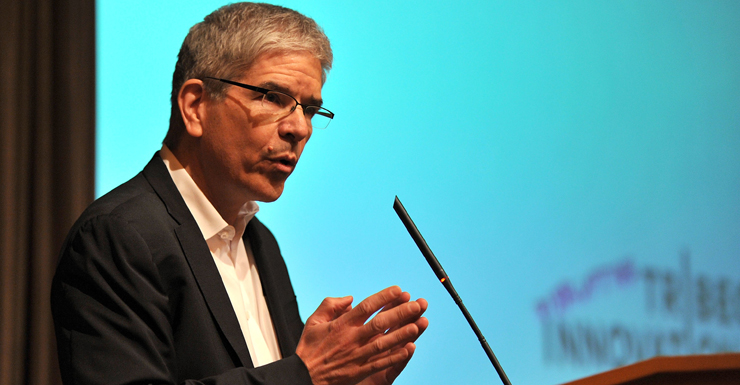 A theory invented by the World Bank’s next chief economist could help investors make money despite market volatility and low interest rates: by inspiring them to invest in themselves.

Dr Paul Romer, 60, is the key proponent of ‘endogenous growth theory’, which holds that investment in human capital, innovation and knowledge are significant drivers of economic growth.

He is widely expected to replace the bank’s current chief economist, Dr Kaushik Basu, 64, when he retires on July 31.

Another World Bank economist reportedly confirmed the “rumours are correct” in a Twitter message over the weekend.

“Yes rumors are correct – very excited to welcome our new [chief economist] in the fall,” Dr Florence Kondylis wrote, as reported by MarketWatch.

An Australian expert on Dr Romer’s theory said it is highly relevant to world economies in the modern era – and that it has powerful implications for the average Australian as well.

“We are moving into an era of technological progress. In the 1960s, if you had the muscle you could get good work. Today it is the brain that works,” Monash University economics professor Jakob Madsen told The New Daily.

How you can benefit

At its most basic, ‘endogenous growth theory’ emphasises the importance of human capital to economic growth. Prof Madsen said the average Australian can draw inspiration from it to invest in themselves.

In this climate of low interest rates, an investment in new knowledge and skills as a pathway to promotion, pay rises and new job opportunities could be a better investment than in volatile stocks, low-yield bonds or a potentially overheated property market.

“The real return to education is 7 per cent. It’s the most stable rate in the world. So clearly investing in yourself is of utmost importance now,” Prof Madsen said.

This argument was supported by Bessie Hassan, money expert at comparison website finder.com.au.

“Whether you enrol for a TAFE diploma or tertiary degree, complete an online course, sign up for an internship or another form of job experience, investing in upskilling as a means to greater earning potential and job opportunity is a great way to secure a stable return and to avoid volatility in financial markets,” Ms Hassan told The New Daily.

Why returns are hard to find

As noted by the International Monetary Fund in April, a problem facing many nations is lagging economic growth and low inflation. In an effort to kickstart growth, central banks everywhere have slashed official interest rates. This has the effect (they hope) of stimulating consumer spending, business investment and asset prices.

Some of the big winners are property investors. The value of their assets spike as cheap credit is directed to new home loans. But with Australian banks increasing the stringency of their borrowing requirements, and with the Reserve Bank warning that property prices are overheated, the opportunities for new property investors may be fading.

Theoretically, investors in the stock market should also win from low rates. But global economic uncertainty, such as the recent Brexit vote, has increased market volatility. The big losers of low interest rates are investors in bonds and term deposits. Their returns are gobbled up.

Of course, the main focus of Dr Romer’s theory is economic growth, not personal wealth. In keeping with that, Monash University’s Prof Madsen said one way the Australian government could put ‘endogenous growth theory’ into practice would be to “massively boost” venture capital through direct, fiscal investment – as the government of Denmark has done with the Danish Growth Fund.

Dr Romer is the son of former Colorado governor Roy Romer. He is currently professor of economics at New York University. If appointed, he will act as a senior advisor to World Bank president Jim Yong Kim.

The World Bank is a UN body that provides loans to developing countries with the aim of reducing poverty.

A smart investment in volatile times: yourself