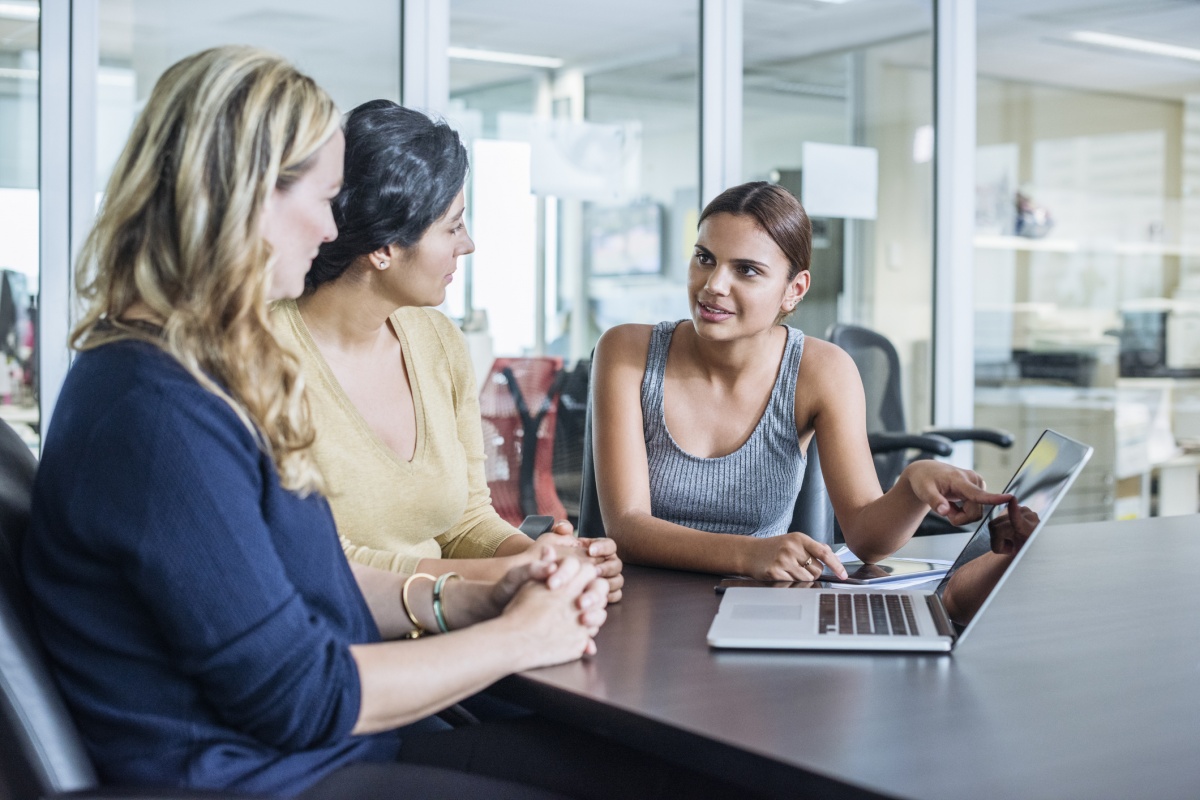 Australian of the Year and former Army chief David Morrison wants Australians to stop using the word ‘guys’ in the workplace because, he says, it is not inclusive of women.

Likewise, groups of women should not be referred to as ‘girls’ at work because it is belittling and offensive.

The message is part of a new Workplace Diversity Council campaign called #WordsAtWork, which aims to spark a conversation about how even seemingly innocuous language can exclude minority groups.

• The new type of leave that’s only for women
• Would you take a pay cut to work from home?
• Comment: employers must be gender flexible
• These are the most trusted professions in Australia

“Exclusive language, gender-based language or inappropriate language, has as much a deleterious or disadvantaged effect as something where you’re saying something blatantly inappropriate to another human being,” General Morrison told ABC News Breakfast.

Diversity Council chief executive Lisa Annese said #WordsAtWork had predictably been criticised for being “too politically correct”, but added the campaign simply aimed to encourage people to think about how the language they use in the workplace affects others.

“Is it too much of an effort, really, to say ‘chairperson’ [and not chairman]?” Ms Annese told ABC News.

“There are [gender] neutral alternatives that we can pick. Instead of saying, ‘hey guys’ or ‘hello ladies’, why not say, ‘hi everyone’, ‘hi team’?”

However, ‘guys’ is not the only inappropriate phrase commonly directed at women in the workplace.

Here are a few other phrases that probably shouldn’t be used when talking to or about women in the office. As a rule of thumb, if you wouldn’t use it to describe men, don’t use it when talking to women, either.

Associate Professor Rae Cooper from the University of Sydney’s Business School said the #WordsAtWork campaign was a positive initiative because it would put the importance of using inclusive language on business leaders’ agenda.

Referring to women as “girls”, Ms Cooper said, was sexist and inappropriate for the workplace because it was often used to exclude and demean women.

“Being ‘girled’ at work … is a way of subtly differentiating women from their male colleagues. It’s about infantilising them, in a way. You’re making them more like children, or they’re somehow less mature than others,” she said.

“You don’t hear [people referring to] ‘boys’ in the same way that you hear [the term] ‘girls’ used in the workplace.”

“When men and boys lead it goes to their stereotype. When girls or women lead, we react negatively,” Ms Sandberg told Yahoo! News.

“The word ‘bossy’ typifies what is a very serious problem for women, which is we don’t like female leadership … the stereotype that women shouldn’t lead is holding back women in every industry.”

It matters because using words like bossy can negatively impact women’s careers.

Snyder found two things: that women’s reviews were more likely than men’s to contain negative feedback; and that women’s appraisals commonly included negative personality criticisms, for example, comments that described the woman as ‘abrasive’, ‘judgmental’ or too dominating.

“Abrasive alone is used 17 times to describe 13 different women. Among these words, only aggressive shows up in men’s reviews at all. It shows up three times, twice with an exhortation to be more of it.”

“Feisty? My least favourite word. Have you ever heard a man described as feisty?” she told the Mail on Sunday in 2014.

“Have you heard a male character described as feisty? I think not.”

Former prime minister Tony Abbott regrettably made the mistake of calling Liberal candidate Fiona Scott ‘feisty’ (along with other troubling things) in 2013.

“They’re young, feisty, I think I can probably say have a bit of sex appeal and they’re just very connected with the local area,” Mr Abbott said of Ms Scott and Liberal MP Jackie Kelly.

Likewise, when was the last time you heard someone call a man a “ball-breaker” or a “ball-buster”?

One glance at Twitter shows US presidential hopeful Hillary Clinton is regularly described as ‘ball-busting’ or ‘ball-breaking’ – a term frequently directed at women in positions of authority, but never men – simply for doing her job.

And yet women who are not demonstrably assertive are also penalised.

It is a double standard Georgetown University linguist Deborah Tannen calls ‘The Hillary Factor‘ – a sexist double bind where women who are seen as ‘too gentle’ or ’emotional’ are considered not up to the task of leadership.

“Anyone who seeks public office, especially the highest one, must be ambitious, yet that word is rarely applied to male candidates because it goes without saying. And ambition is admirable in a man, but unacceptable – in fact, downright scary – in a woman,” Ms Tannen wrote recently at the Washington Post.

This one seems a no-brainer, and yet it’s often thrown about in the workplace, or directed at women in positions of power (former prime minister Julia Gillard was once branded “Bob Brown’s bitch”).

“If you call someone shrill or bitch or ball-busting, you intend to be nasty. Those words are almost used from one gender to another,” Ms Caro told ABC News.

“If someone calls you a bitch in a nasty way, then you have every right to call them on it.”

Even Snoop Dogg – a rapper renowned for being a “bad boy with a lotta hos” – claims to have stopped using the word ‘bitch’ to describe women.

“Definitely, my attitude has changed towards women,” he told Sky News last year.

“I am more sensitive and more vulnerable writing-wise and accepting a woman for being a beautiful person, as opposed to me saying she is a bitch and a whore.”

Seattle-based columnist and author Lindy West says she called her new book Shrill: Notes From a Loud Woman to point out the “really blatant and egregious double standard” of the gendered word. No one calls men ‘shrill’, she told Newsweek recently.

“Once I’ve pointed out the hypocrisy of the word shrill, then if you use it, you’re being a dickhead,” Ms West told ABC News.

If u call a man a girl, it’s an insult. If u tell a woman she’s got balls, it’s meant as compliment. Reveals much about how we regard sexes.

“They’re [male politicians are] so blind to it, so accustomed to belittling women it’s just par for the course.

“There’s a long way to go in terms of how people talk to each other.”

“‘Hello, gorgeous’; ‘hi, honey bun or sweetheart, can you get me a coffee?’ No man would ever be called sweetheart, ever, in the workplace,” she said.

“It’s non-professional and sexist language because you’d never call a man that.”

Words you should avoid using in the workplace