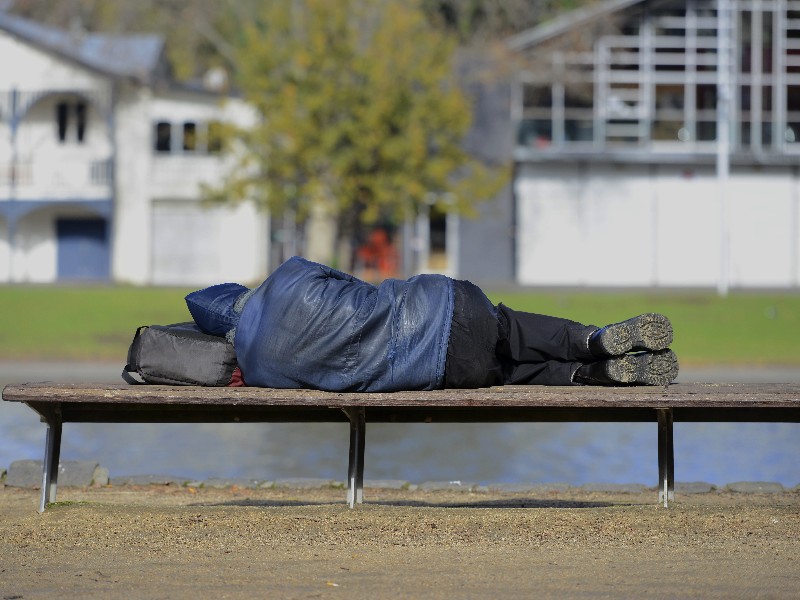 There’s been much debate in past days about Q&A ‘hero’ Duncan Storrar, who put the ABC program’s panel on the spot on Monday with a question about the federal budget.

Debate has centred on what kind of man Mr Storrar is, and whether he “deserves” the $60,000 or more that has been raised as a gift for him through crowdfunding web site GoFundMe.

Those may be stimulating debates, but there is an important economic dimension to his tale that is being missed.

If the reports of Mr Storrar’s life, and the lives of his son and two daughters, are accurate, they chime perfectly with stories I listened to years ago while working as deputy editor of a Bristol-based UK edition of The Big Issue.

My role involved weekly meetings with the homeless vendors who sold our street paper, and who benefited from the proceeds.

They told stories very similar to the one told by Duncan’s Storrar’s son, who alleged in The Australian newspaper that his father helped get him into illicit drug taking, and was “the kind of person I don’t want to be”.

The vendors I knew, most of whom struggled with substance abuse, mental health issues, parental neglect, or the trauma of violence or sexual abuse, went from the kind of vulnerable situation described by Mr Storrar – many a lot less vulnerable – to life on the streets in the blink of an eye, usually tipped over the edge by a crisis.

The Storrar tale, as told in the media, is the ‘before’ of so many before-and-after stories told by the homeless.

In the years immediately following the 2008-09 financial crisis, reports from the US, Spain, Greece and many other nations told of tens of millions of people pushed out of work and their homes.

But Australia was different. We had a surge of resources-boom income, and massive stimulus spending by the Rudd and Gillard governments.

Recession was averted and social damage was much more constrained than in so many other nations.

Australia got through the GFC period with low levels of taxation by OECD standards (just recovering to around 30 per cent of GDP), and still retained our number two spot on the UN’s Human Development Index. Norway, at number one, has a much higher tax-to-GDP ratio of 40.5 per cent. But can we maintain that status? Next year is expected to produce nasty economic headwinds.

There will be further falls in mining investment. There are grim downward revisions in the ABS survey of capital investment expectations for the non-mining sector. There’s the risk of a much lower dollar putting pressure on consumers through imported inflation. And there are worries of a China-led downturn. Much more could be added to that list.

And yet loud voices are at work in the national media agitating for taxes to be decreased as a percentage of GDP, and for all budget repair to be done on the spending side.

Fortunately Treasurer Scott Morrison, though maintaining his line of “we have a spending problem not a revenue problem”, is actually allowing the tax-take to rise slightly over the budget forward estimates.

The cost of an underclass

Those who argue against increasing the tax-take a little are not counting the cost of dealing with an underclass if Australia does slip down the human development index.

“A very small number of those people may need a police and justice intervention, but the vast majority of them need to be connected to our primary health services around substance abuse, around mental illness. I think the important thing is to … see if we can connect them to the services that they need to help them,” Mr Doyle said.

From an economic point of view, assisting people through troubled lives such as Mr Storrar’s – whether via better primary health care, the needs-based Gonski education reforms, or by maintaining sensible tax and benefits stuctures – is far better than dealing with acute problems later on.

The Turnbull government wants an ‘agile’ nation of ‘innovators’, and expects the SME sector to lead that charge.

But if that plan is to work, Australia cannot take for granted its high ranking on the human development index.

We got there by spending money on world-class public services. Slipping down that scale, watching a new underclass emerge, will not provide the work-ready employees such expanding businesses need.

People can debate the virtues or otherwise of Duncan Storrar, but it’s the hundred of thousands of others in similar situations that policy makers need to see, beyond the ‘hero’ headlines.