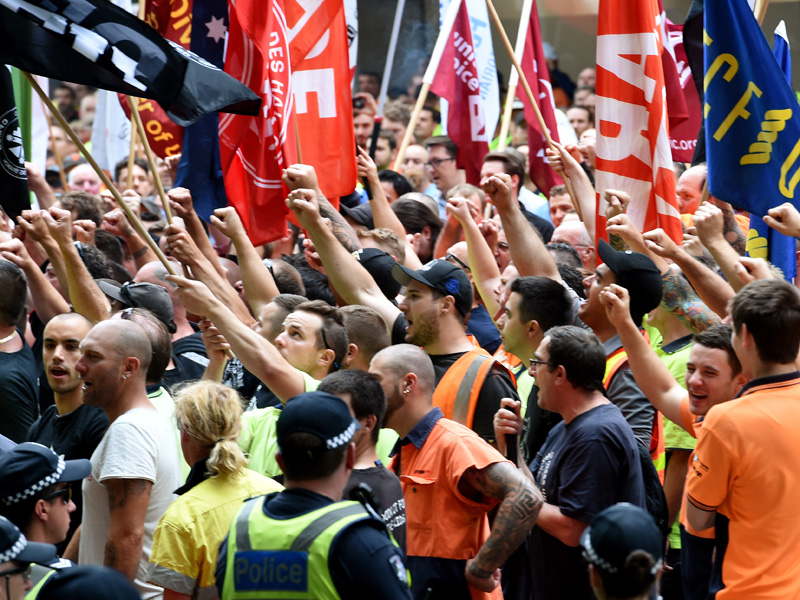 Malcolm Turnbull will likely take Australians to the polls using his plans to reinstate the Australian Building and Construction Commission (ABCC) as the electoral trigger needed to call a double dissolution.

While former prime ministers have fought elections on issues like the GST, border protection and climate change, Mr Turnbull is using a little-known, and currently defunct, watchdog for the construction industry as his trigger.

The ABCC was introduced by then PM John Howard in 2005 as a way of reining in the wilder elements of the Construction, Forestry Mining and Energy Union (CFMEU), who were said to be the cause of industrial disruption and corruption that damaged the national economy.

It’s been a political football ever since. The Labor government abolished it in 2012. Now the Coalition says the industry watchdog needs to be resurrected because it’s a key reform for the future health of national economy.

But the Productivity Commission (PC) had a look at the building industry in its 2014 Public Infrastructure Report and didn’t find proof that the ABCC boosted productivity.

“Productivity growth in the Australian construction sector has ebbed and flowed over the last 30 years. There was a significant increase in labour and multi-factor productivity from 1994-95 to 2012-13,” the report said.

“However, most of the improvement was concentrated in relatively short bursts spanning just a few years, including most recently in 2011-12.”

While the ABCC was in existence in 2011-12, its former chief John Lloyd said it had been “neutered” by the Rudd-Gillard governments, one of the very times the PC observed a productivity jump.

The official figures on strikes don’t appear to support arguments for the ABCC either.

Australian Bureau of Statistics (ABS) data shows that working days lost through industrial disputes have fallen significantly since 2012, with critics of the ABCC pointing out fewer days have been lost following the Commission’s abolition.

After the Gillard government abolished the ABCC in 2012, then Workplace Relations minister Bill Shorten replaced it with the Fair Work Building Industry Inspectorate.

In a full-circle move, the new ABCC would replace the Inspectorate.

The Greens and ALP see the ABCC as an attack on workers’ rights, while the government points not only to the building industry’s disproportionate share of disputes, but revelations of corruption during the Heydon Royal Commission into union governance and corruption last year.

The new ABCC legislation gives the commission the powers of its previous iteration. Its inspectors would be able to enter workplaces, inspect work, interview anyone and order documents to be produced.

People who refused to be interviewed could face criminal charges and there would be fines for obstructing inspectors.

The ABCC’s coercive powers were tested in 2010 when construction worker Ark Tribe faced a fine or six months’ jail for failing to attend a compulsory interview to answer questions about a building site meeting in 2008.

The Adelaide Magistrates Court threw out the case.

The ABCC has now become an election trigger for a double dissolution because the government does not have control of the senate, where Labor, the Greens and some independent senators have delayed and blocked the passage of the bill to reinstate the Commission.

It’s entirely possible that once a double dissolution has been triggered, voters don’t hear much more about the ABCC.

Jan McCallum is a finance journalist and editor who has written for The Age, The Sunday Age, Forbes, BRW and the Australian Financial Review. She is the founder and editor of www.regwatch.com.au