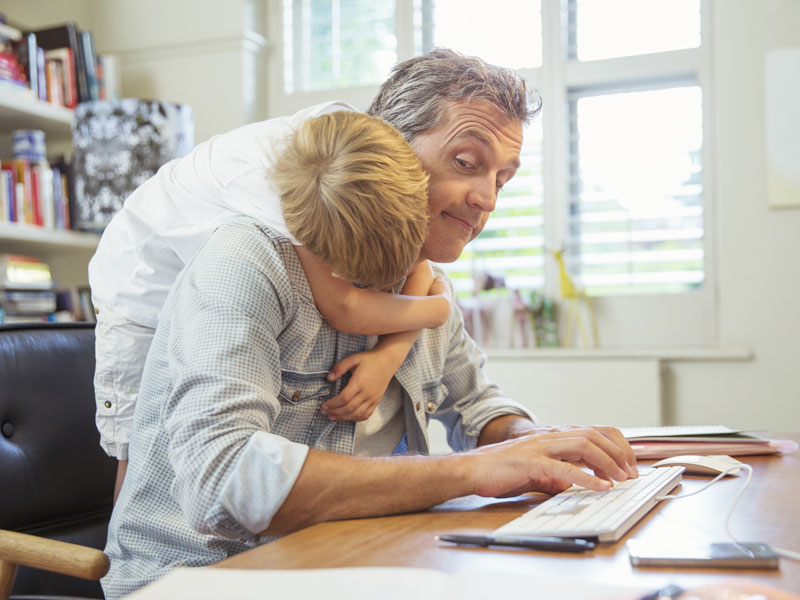 Fifty-five per cent of Australian workers would take a pay cut of up to 20 per cent for the privilege of working from home, according to a poll by recruiting company Hays.

The online poll of more than 8500 people showed that a further 22 per cent of respondents would be happy to earn up to 10 per cent less to escape the office.

But only 23 per cent were happy to spend time commuting to boost their pay packets.

Hays’ Australian managing director Nick Deligiannis said it’s not surprising that Australian workers – who are often listed as working among the longest hours in the world – want more flexibility.

He said many want to eliminate a stressful commute.

“For others, working from home, even one or two days a week, can be the make or break of being able to stay in their job,” he added.

However for some people the reality of working from home does not match the dream, said Mr Deligiannis.

“Some home workers feel isolated from their team and colleagues, and it takes self-discipline in order to get through a to-do list rather than take the dog for a walk.”

Emma Wilson, a former business manager with the Queensland government, said deciding to work from home was the best decision she’s ever made.

In the end, quitting her well-paid job after 10 years boiled down to much more than money.

“The money was great but there was no job satisfaction. I wasn’t enjoying what I was doing,” she said.

As a self-proclaimed introvert, she said loneliness hasn’t been a problem. But sometimes keeping the work/life balance in check is a challenge.

“It can be all-encompassing – you have to make time to have a life,” she said.

About nine years on, Ms Wilson has just matched her former salary.

Others, such as Eugenie Pepper, who co-owns babywear business Plum, say working from home has both benefits and challenges.

While the business has its own offices, she mostly chooses to work from home for the flexibility, and to allow her to juggle her children and work.

“I can take time out to be there if my kids need me and I can work at night once my kids go to bed.”

But she admitted it can be difficult to stay motivated.

“If I have tedious tasks that I just can’t face I occasionally go into the office to get them done as I really go into the flow much easier at work in the office environment with less things to distract me – like cleaning the house.”

Freelance writer Amelia Barnes arguably has the best of both worlds. She works in the office with a PR agency two days a week, and spends the other three days freelance writing from home.

Ms Barnes said she originally took the office job for the security of a guaranteed income, but now enjoys the interaction and sense of camaraderie with her workmates.

“My freelance work is now quite stable, so the main reason I keep both jobs is for the balance, rather than any financial gain,” she said.

“I’m also quite a homebody and introverted person by nature, so unless I’m forced to leave the house I’m likely to spend the whole day without speaking to anyone.”

Jay Chubb, owner of Melbourne’s Nest Coworking, said the movement towards working from home hasn’t created the productivity boom that many expected.

“The isolation leads people to seek connection online, and end up on Facebook too much,” he said.

Mr Chubb said the number of coworking spaces across the world has almost doubled in the past two years, and there are more small business owners, freelancers and digital knowledge workers than ever.

“The workforce is changing, even companies these days understand that productivity is an individual thing for many workers. Flexibility is functional,” he said. Would you take a pay cut to work from home?