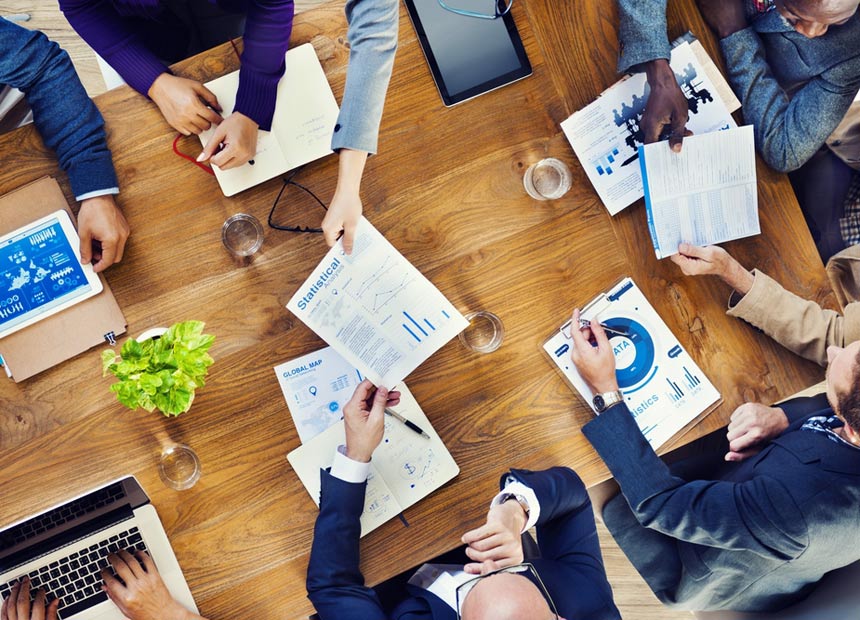 Australians are spending more time in meetings than ever before, but more than half of us find them to add no value to our working lives.

A 2014 study of Australian and New Zealand professionals by Ovum found unscheduled meetings were on the rise, yet 66 per cent of employees felt half of all the meetings they attended were purposeless.

• Working overtime? Here’s why you shouldn’t

“Meetings have the capacity to be good conductors of information if they’re structured really well,” Ms Orrock says. “If they’re not, they can be a huge waste of time.”

You may think you’re fostering teamwork and collaboration but, really, you’re alienating the people who actually do the hard yards.

Pulling employees away from productive work and forcing them to listen to tangents or details irrelevant to them can foster resentment.

“The other problem is that people arrive late and then you have to start over,” Ms Orrock says.

“The people who have been there since the beginning then start the actual meeting a long time later.”

Asking organised workers to fit into the schedule of less organised employees has the potential to ruin relationships and create conflict. Meetings are undeniably a great environment for encouraging discussion, a phenomenon that can be both a blessing and a curse.

“One of my clients had meetings about meetings,” Ms Orrock recalls.

“Part of their philosophy was having a collaborative workplace but no decisions were being made.

“What they really needed was for key decision makers to drive the meeting forward.”

Having too many voices can result in thought-provoking discussion but is counter-productive if a pivotal decision or goal needs to be reached.

Melissa Johnston, career consultant at Suzie Plush Consulting, warns that meetings can decrease the quality of work produced throughout the day.

“It can mean that employees don’t finish their work for the day and are constantly interrupted – allowing more room for error,” Ms Johnston says.

Sitting around a table for long periods, often in silence, can also sap employees of energy and motivation and lead to a lackadaisical post-meeting approach.

How can you fix it?

“Not everything needs to be discussed in a formal way,” Ms Johnston says.

“Try to speak to a key stakeholder or a person over the telephone first or send an email.”

View an in-person meeting as your last resort in all areas except conflict resolution.

“If it’s about structure and process, it’s often much easier to send an email than to explain in person,” Ms Orrock argues.

Part of the ineffectual nature of meetings arises from the tendency to lounge around drinking coffee, sharing weekend stories and generally procrastinating.

Eradicate all risk of this happening by introducing a concept called the huddle.

“Everyone stands up for a period of no more than 10 minutes,” Ms Orrock explains.

“The huddle is used to update people but standing up keeps it short.”

In a no-meetings world, your computer is your saviour.

“With technology constantly evolving the habit of holding meetings as the main method of communication will decline,” Ms Johnston says.

In its place, there are programs like Skype, which is a happy medium between a phone conversation and an in-person chat, or Apple’s iMessage, which allows for immediate missives to be exchanged across the office.

Better yet, Google’s shared calendars and documents are accessible to everyone with a Google account and allow employees to collaborate without even leaving their computer.

If you must have meetings, schedule them like a military operation.

“A client of mine used to hold meetings at 2.06pm to account for the fact that people were six minutes late on average,” Ms Orrock says.

It may seem unnatural, but setting a timer at the beginning of a meeting and standing up and leaving the second it goes off will create efficiency purely out of time pressure.

Similarly, banning phones, laptops and tablets and barring latecomers will all ensure your meeting doesn’t become a messy free-for-all.

What is ruining your workplace productivity?