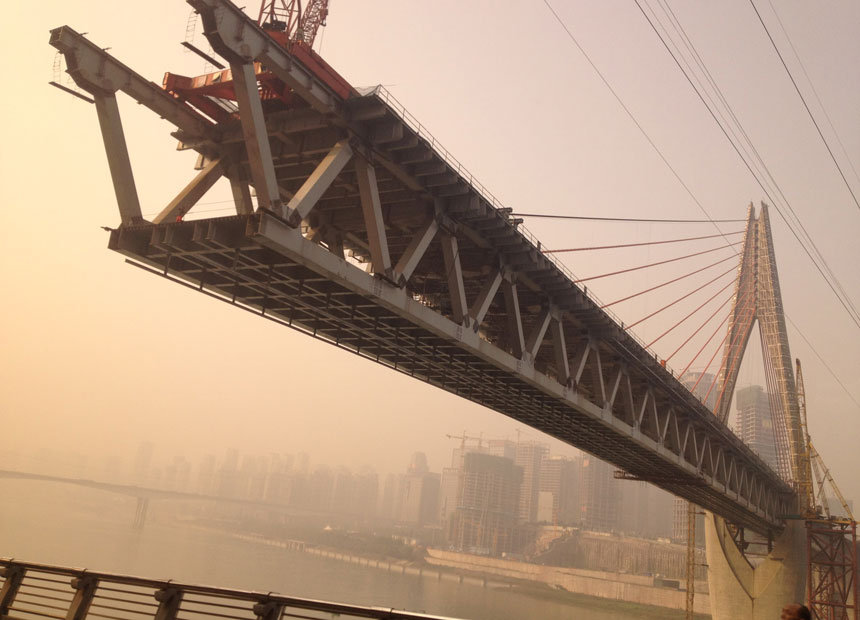 There seems to be a disconnect between the mostly positive media commentary about the China free trade agreement and the doubts among the general population.

That possibly explains the strong reader response to my column two weeks ago asking how many Chinese contractors will be allowed into Australia, and whether there would be market testing to ensure no locals can do that work.

One reason for my caution is that I had an immersion in the Chinese economic engine room a year ago, through the inaugural China-Australia journalist exchange, run by the Melbourne-based Asia Pacific Journalism Centre.

• Last ever Ford Falcon released to cheers, tears
• Why age shouldn’t matter in the modern workplace
• How to say no to junk food in the office

This involved an intense round of briefings and site visits in Shanghai, Chongqing and Beijing which include the leadership of Sino Steel and other major enterprises. One of the constant complaints from Chinese government and business were Australian costs, particularly on major resource projects.

So I’m sceptical when the Abbott government says that the FTA allows for increased number of Chinese contractors and workers but they will be paid the “Australian market salary rate”.

However, that’s not what the Chinese resource companies were saying. They would welcome being able to use Chinese workers to help ease language and cultural problems, but they also want to pay less than Australian labour market rates.

The overwhelming impression everybody gets from an insight into the engine room of the Chinese economy is its sheer scale.

Chongqing Iron and Steel is producing about 8.5 million tonnes per year, but China has 30 steel plants that are the same size or bigger.

On another commodity front, Trade Minister Andrew Robb this week penned an article for Weekly Times to argue that the China FTA offered “unprecedented” opportunities for Australian agriculture.

Yet I was intrigued by an exchange on the ABC’s 7.30 program between host Leigh Sales and Robb about what the agreement meant for the price that we locals paid for milk.

Sales quoted Dairy Australia as saying there was only capacity to increase milk production by about two to three per cent a year. She asked if the extra demand from China would push up prices.

Robb replied that there was an “amazing capacity for supply response, not just in Australia, but around the world”.

“If you introduce innovation and you will see costs come down and you’ll see capacity and production go up and therefore you can supply a bigger market and actually reduce the price of milk. This is the essence of increasing trade massively, increasing investment. You do get – we’ve got to be at the cusp of innovation, and if we are, we will reduce costs – that will increase profits – and we’ll increase production and that’ll also increase profits.”

(To read the full transcript of that interview, click here.)

After this exchange, I emailed some questions to the Australian Dairy Industry Council, which confirmed that the local industry had capacity to increase production by two to three per cent.

But the Council played down the possibility of prices rises, noting that Australia now exports 40 per cent of local production and it to be much more.

Furthermore, China is Australia’s fastest growing dairy market – with exports of 1.9 million tonnes last year – a 40 per cent rise on the previous year.

The Council argued that the FTA “will improve the competitiveness of our industry’s products in our largest market and will bring increased returns over a medium- to long-term period, to the entire supply chain.”

Maybe so. I welcome better prices for Australian dairy farmers, who have been doing it tough for years in a domestic market dominated by the big two retailers, Coles and Woolworths.

But I still wonder what will happen to the Australian price of milk under the FTA, and what else the agreement with China will mean.

Will the China FTA push up local milk prices?