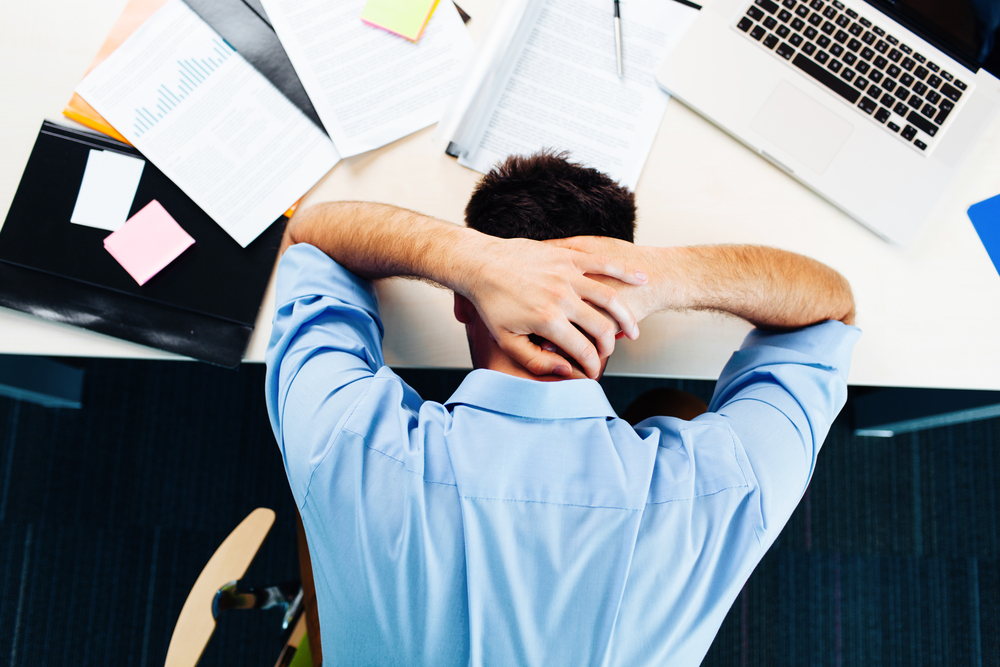 More Australian workers are turning to the “band-aid solution” of taking a sickie in an attempt to escape heavy workloads and work stress, a new report reveals.

The new report by Direct Health Services shows the average employee takes 9.5 days of sick leave a year, at a cost of $33 billion, or just more than $3000 per worker.

Last year almost a third of workers admitted to taking time off work because of their workload or work pressure. Some went further with 26 per cent saying they took time off because of “lack of engagement”, while for others 18 per cent took a sick day because of “poor management”.

• Feeling mediocre at work? Follow these simple tips
• How to cope with feeling swamped at work

More than a quarter said they took short-term time off work because of mental ill-health, including anxiety, stress or depression. This increased to 44 per cent of people who took more than two weeks off at a time because of mental health illness.

Career psychologist Meredith Fuller says she sees many people avoid going to work because of work pressure or stressful workloads.

But she advises against taking sick leave to avoid work.

“Taking a day off work is a band-aid solution. It doesn’t address the problem and you’ll come back to even more work,” Ms Fuller says.

“It’s important to get to the root of the problem and look at why you don’t want to go to work.”

Direct Health Services chief executive David Dundon, who has done the survey for seven years in a row, says mental health is an increasing driver of absenteeism at work. However, people taking sick days due to workload pressure actually decreased from the 2013 survey.

“Forty per cent of respondents say that [long-term] absenteeism caused by mental health is a major issue for their organisation.”

“That’s nearly one in two organisations saying that mental health is driving their absenteeism levels.”

Career psychologist Ms Fuller says even hard workers and motivated employees can be struck down by feelings of overwhelm or disengagement.

“Problems at work can arise not just out of pressure, but poor management and communication, or unclear definitions around roles.”

“It’s okay to have a couple of ‘mental health days’ off each year, but if you’re avoiding work all the time, it could be time to get support or find a new job.”

• Feeling overwhlemed at work? Read our advisor on how to cope.

A recent study by the Australian Psychological Society found working Australians reported higher levels of anxiety and depressive symptoms than 2013 and had significantly lower levels of job satisfaction than two years ago.

“This year 47 per cent of respondents said workload was a major cause of their stress. Last year it was 63 per cent.”

“The main driver for stress is non-work factors. In the context of this absenteeism survey, what it’s really saying is people’s ability to balance their family and personal circumstances at work are the primary driven of stress rather than workload.”

Tips for dealing with work pressure

Speak to a mentor

Ms Fuller says it’s important to face why you are avoiding work, instead of taking sick leave.

“Speak to a mentor or your manager and get support,” she says.

A lot of the time there’s competition about who is the last to leave at night or who is the most stressed, which is wrong, Ms Fuller says.

“Often when we’re stressed we don’t know it. Look at improving your work life balance or see a psychologist.”

Is it time to move on?

Ms Fuller says consider whether or not you are avoiding work because you dislike the role or because you’ve place too much pressure on yourself.

“A lot of the time when people are a mess and anxious, it’s because of their toxic workplace or organisation. Look at maybe a new organisation which better suits you,” she says.

Why Aussies are ‘chucking a sickie’ to escape stress