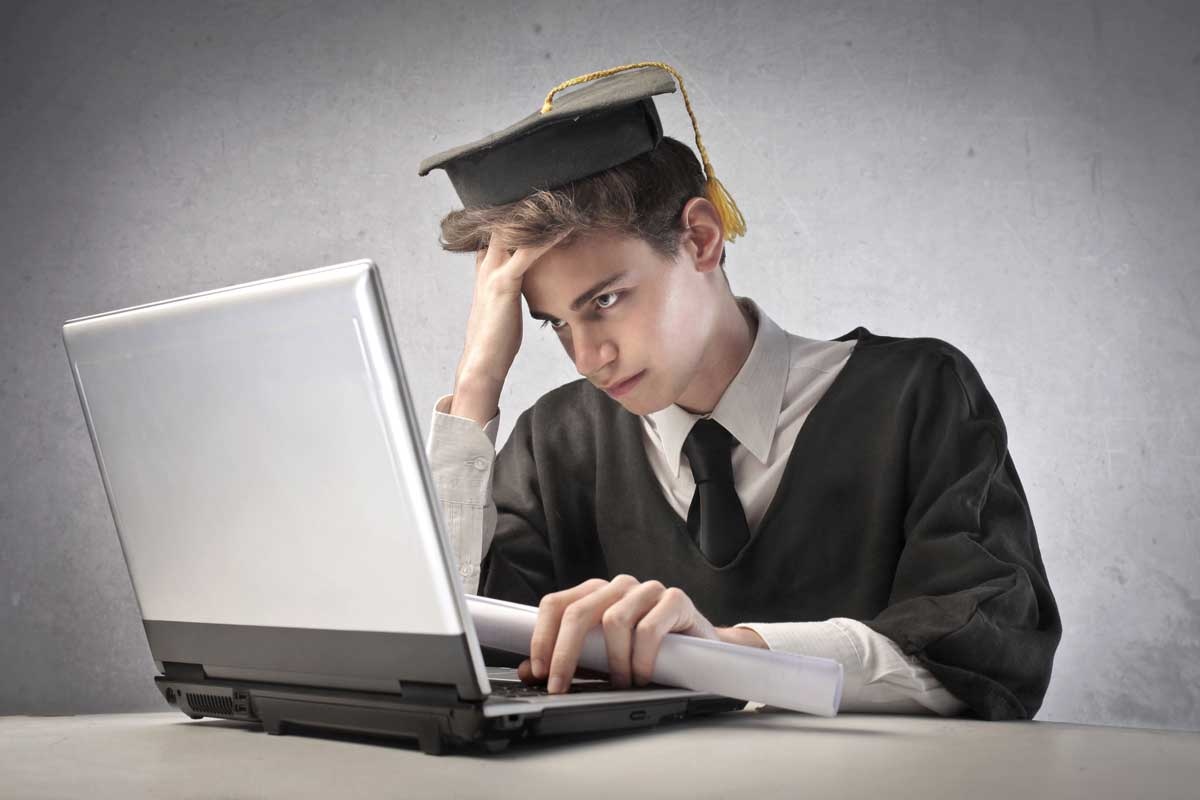 As the pressure mounts on Australia’s year 12 students to make crucial career decisions in the last months of their secondary schooling, counselling and vocational training industry experts are calling on school-leavers for less focus on university.

“Universities have become the preferred and dominant pathways encouraged by teachers and parents, and that’s a real problem,” according to Megan Lilly, the director of education and training from the Australian Industry Group.

She says apprenticeships and other forms of training are undervalued as viable and worthwhile pathways for school leavers.

• HECS fees: a debt worth having?
• Why you’ll end up poorer than your parents
• How to turn your unemployment into opportunity

But while university graduates typically earn more over their working lives, it’s also true that the path to happiness and prosperity is not the same for everyone. For many, a university degree will unlock a satisfying career and a life of relative financial comfort. Others will get there, but following an entirely different route.

Sandra Pattison, the general manager of research at the National Centre for Vocational Education Research (NCVER) said vocational training had traditionally been seen as the “poor cousin” of university.

“That perception is shifting however,” she said, “Particularly when many graduates from the VET system are in employment, and those with higher-education degrees are having trouble getting employment.”

Melbourne psychotherapist and family counsellor Tahlia Mandie said when students felt pressured into going to university it could affect their emotional wellbeing.

The days of the big law firms and major accounting firms taking on 200 graduates are long gone.

“The intense academic structure of university does not suit every individual,” Ms Mandie said. “Some school leavers will be better off going straight into the workforce; vocational training; apprenticeships, or travelling the world to experience life and take time to decide the career direction they ultimately take,” she said.

“Not going to university doesn’t make someone any less of a person,” she said.

And a degree is no longer a guarantee of a job according to Andrew Rimington, national president of the Career Development Association Australia (CDAA), who said graduate unemployment and under-employment in chosen careers was becoming an increasing issue.

“The days of the big law firms and major accounting firms taking on 200 graduates are long gone,” he said.

The federal government has forecast that 30 per cent, or up to 65,000 graduates will remain unemployed four months after finishing their tertiary studies in 2016-17.

For those who do get a job, graduate salaries are predicted to drop from an estimated 78 per cent of an average male wage this year, to 74 per cent in 2016-17 according to the budget papers. Those unable to find work will have to wait six months before receiving any government income support under plans to impose a waiting period for unemployment benefits for new job seekers and school leavers under 30.

The media and schools really seem to skew the message and make it seem like kids won’t get anywhere in life without a degree.

However despite graduate job shortages, Mike Roddy, a Strategic Account Director at Randstad recruitment firm said degrees continued to have high currency in the employment market.

“A degree is considered a pre-requisite by most employers in the professional field. When presented with two otherwise equally qualified candidates, the one who holds a degree will have the edge over the candidate who doesn’t,” Mr Roddy said.

However, Mr Rimington said it was important for those heading to university to target areas of projected employment growth such as tourism, accommodation and retail management.

He pointed out that one advantage of an apprenticeship is that while “a graduate will leave university after three or four years with a HECS debt, an apprentice or trainee is paid for those years of study and is able to get a head start financially”.

And that head start could lead to a wages bonanza. Research by the Australian Bureau of Statistics shows that technical and trade wages scored the highest national increase in the two years between 2010 and 2012, with some tradies pocketing an extra $400 weekly.

I felt I needed to push him toward university and that created conflict. In the end he followed his heart and two years into his apprenticeship he’s thriving.

“The media and schools really seem to skew the message and make it seem like kids won’t get anywhere in life without a degree,” she said.

“My son wanted to do carpentry, but I felt I needed to push him toward university and that created conflict. In the end he followed his heart and two years into his apprenticeship he’s thriving.”

Lack of graduate jobs and the chance to earn-while-you-learn are not the only factors which may make university a less-attractive option according to Deanna Taylor, president of the National Union of Students, who believes the Abbott government’s planned introduction of university fee deregulation will see many students turn their back on university.

Whether it was “worth being saddled with debt for potentially the rest of (their) life, in hope that (they) will be able to find work in an increasingly competitive job market,” was a decision facing many school leavers, Ms Taylor said.

“Many young people, particularly (those) from disadvantaged backgrounds, will decide in the negative,” she said.

Why university is not essential to success