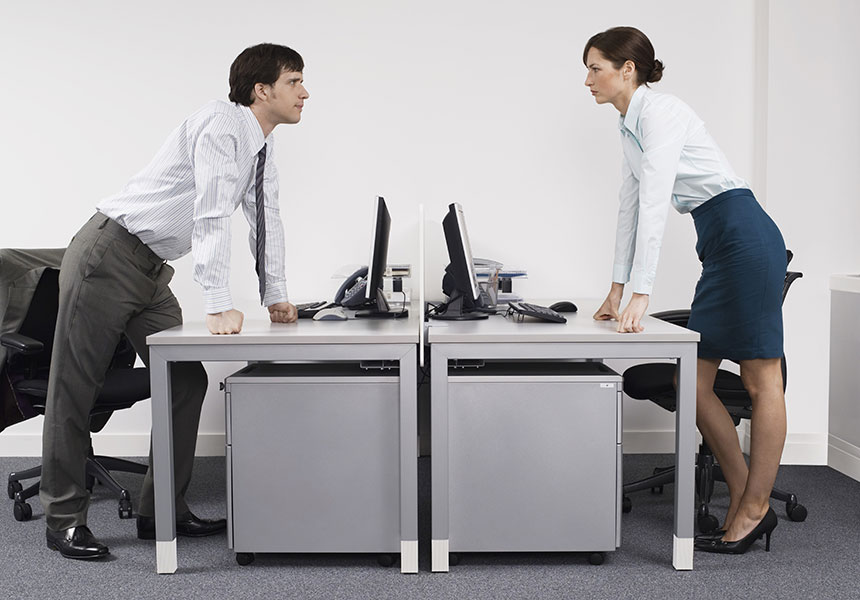 Victoria has taken the fight for gender equality to the boardroom ... and succeeded. Photo: Shutterstock

Waiting patiently for a time when there is gender equality in the workplace is a lot like being in a UFO cult.

We earnestly tell ourselves that soon, very soon, there will come a day when gender equality will prevail and women won’t have to expect less in their working lives. That glorious day is coming, my friends! The day of equal representation! The day of 50 per cent! Just a more few years … 10, perhaps. OK, maybe 15. 30, tops. Probably in my lifetime. Definitely in our kids’ lifetime, anyway …

Well, you can stop wondering and start preparing because we now know when gender equality will arrive.

Our odyssey into a great egalitarian future begins in … the year 2283.

That’s right. 270 years from now. On current projections, that’s when we’ll achieve equal representation in the upper echelons of business.

Looking into the crystal ball

This prediction from Professor Terrance Fitzsimmons of the University of Queensland Business School may be tongue in cheek, but it is based on hard facts.

“I took the … past [10 years’] data on the progression of women into CEO roles and extrapolated that forward,” he says.

“Obviously, there are a lot more factors than that – but if you draw a straight line on current progression, that’s the answer: 270 years from now.”

That’s nine more generations of hard work, harassment and heartache before women can expect to be equally represented at the highest levels. That’s an inconceivably long time. But Jane Caro, advertising guru and award-winning writer, isn’t discouraged by a long timeframe for equality.

“The thing about feminism and gender equality is that this is a very long term project,” she says.

“2000 years of people being disappointed when you are born is not overcome in a few decades.”

She’s right, of course – on any estimate, gender equality is still a long way off. But the disappointing truth is that, on some very powerful measures, we are no closer to workplace equality than we were 10 or 15 years ago.

The gender wage gap in this country is now the largest it has been in 20 years – and it begins straight out of university.

Over the past two years, the gender pay gap for graduates has more than doubled from $2000 to $5000.

Ten years ago, under Prime Minister John Howard, there were four women in Cabinet. As much as current PM Tony Abbott likes to model himself as Howard’s ideological love child, he has entirely failed to emulate his ideol-dad when it comes to including more than one woman in his Cabinet.

Even where some progress has been made, the numbers are still appalling. Despite more women participating in the paid workforce than ever before, women on average have little more than half the superannuation of men at retirement age.

While a few more women have found their way onto ASX200 boards over the past few years (now 17.6 per cent in 2014, up from eight per cent in 2008), the last Census of Women in Leadership found we’ve just experienced “a decade of negligible change for females in [CEO and] executive ranks”. And while Australia’s richest person is a woman, women are now more likely to slip into poverty later in life.

The 1990s seemed so full of promise when it came to gender equality – but now we find ourselves with little more to show in the 15 years since that decade ended. Did those ‘Girls Can Do Anything’ bumper stickers lie to us?

“Yes, they did lie to you and it was very bad,” says Caro. She concedes that we’ve been guilty of promising too much to young women.

“‘You can be anything you want!’ Well, no, actually, you can’t. And you won’t be paid what you should be,” she says. When it comes to executive roles, Fitzsimmons doesn’t pull his punches either.

Fitzsimmons is not being flippant. His study of the childhoods and career trajectories of 30 male and 31 female Australian CEOs showed that there are 34 barriers that women must confront, overcome or avoid on their path to the top job.

“At the moment,” he says, “girls can do anything as long as they can dodge those 34 bullets”.

Elizabeth Broderick, Australia’s sex discrimination commissioner, is currently undertaking this nation’s biggest study of the prevalence of pregnancy discrimination – and has uncovered an alarming culture of fear preventing women talking about their experiences of discrimination in the Australian workplace.

“Women are so fearful of having their stories reported or recorded in any way. There is a fear of victimisation … particularly in regional areas,” she says.

So what is going on?

On these very powerful and public measures, we are well behind where we were 10 or 15 years ago. How is this acceptable, or even possible? Has our push for equality failed?

Rather than failure, Caro sees our progress as more of a stagger and a stumble.

“I think there’s a ‘two steps forward, one step back’ kind of lurching towards progress, so you’ve got to look at the long term trend rather than the day by day, moment by moment,” she says.

“I fear we are going through a period of the reassertion of patriarchal values … putting women back in the kitchen, homosexuals back in the closet and darker-skinned people back in detention camps off-shore,” says Caro.

Caro sees this backward step as a response to women’s growing social, political and market power over the past decade, which has been magnified by social media.

“The response of the powerful [men] who feel that the power is slipping away from them is to grab on and clamp down for grim death. Where they can push women back, they will try to.”

Despite the timeframes involved, giving up on gender equality is not an option. But waiting 270 years for iterative change isn’t an option either. At the launch of the 2013 Champions of Change Report last November, Mike Smith, CEO of ANZ, said that “none of us want to say ever again ‘this is going to take time’.  We have all said this enough”.

Strong intervention is required. Broderick points to the leadership shown by David Thodey, CEO of Telstra, who she says “has changed the starting point of work” by declaring that all jobs at Telstra will potentially be available in a flexible work arrangement.

“Firms have very little control over the childcare system, over the tax deductibility of child care, over cultural stereotyping,” he says.

“I’m not saying that corporations have no role to play – of course they do – but turning around this country’s culture? That can only happen at a national level.”

So what do we say to women who are discouraged by the prospect a long haul towards gender equality that could be measured in centuries, rather than decades?

Fitzsimmons thinks there is a danger in pessimism.

For Caro, the message is one of hope.

“Things are moving glacially slowly in many ways. But they are better. It’s not useless, it’s not hopeless, but it is harder than any of us expected,” she says.

“The reason that feminism is the best armour you have is that it gives you a language to name those things, talk about them and explain them to other people,” says Caro.

“That will make it easier to bear.”

Why we’ll NEVER see gender equality in the workplace