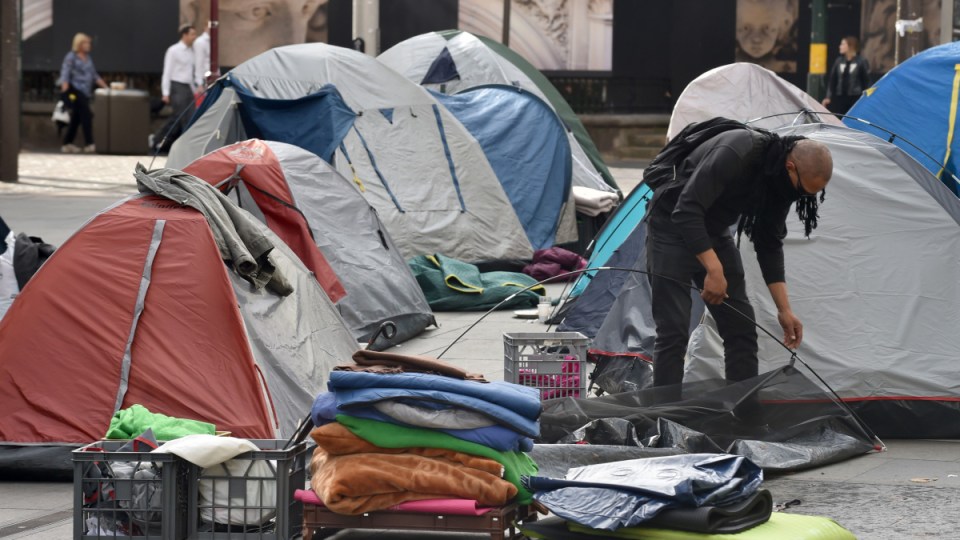 When the roof over your head is a tent - that's what awaits many older women. Photo: Getty

Australia is facing a homelessness crisis and those at greatest risk are among the nearest and dearest: mums and grandmas.

The latest national figures on private rental accommodation reveal that someone on JobSeeker could afford to live in just three of 74,000 listings, providing of course they’re willing to share.

None of the properties assessed by charity Anglicare were within reach of anyone on Youth Allowance, although 236, or one in every 313, were for a person on the Disability Support Pension.

According to South Australian academics Debbie Faulkner and Laurence Lester, there are about 240,000 women across the nation aged 55 or older at risk of finding themselves without a place to call home.

Historically, the older someone was, the more likely they were to be a home owner. But no longer.

Bad – and worse ahead

Australian Bureau of Statistics data collected in 2016 revealed 116,000 people experiencing life without a roof over their heads. One in six of them were 55 or older, up 21 per cent on 2011.

And with Australia’s ageing population roughly expected to double by 2050, the situation is likely to worsen.

With 47,000 people on the waiting list, demand for social housing in Queensland rivals a small city. In Victoria, a series of ‘rapid response’ projects will provide 240 new homes for the needy at a cost of $80 million.

“There is a severe shortage of social and affordable housing, growing levels of housing stress and of course ongoing pandemic challenges,” according to Mission Australia CEO James Toomey.

He calls it “a perfect storm”.

Dr Faulkner and Dr Lester say they’re most concerned for older people who, for whatever reason, have limited wealth and savings yet don’t have the benefit of access to social housing.

“These households rely on the private rental market and are at considerable risk of housing affordability stress and hence homelessness,” they recently reported.

For women, the danger of vagrancy increases if they’re without full-time work, in a private rental, from a non-English-speaking background, are Indigenous, live alone, have been at risk before or are a lone parent.

Sudden illness, death of a spouse, domestic violence and the added pressure of the COVID-pandemic leave them more vulnerable still, while multiple factors compound the likelihood.

For women aged 55-64 in private rental accommodation, for example, about 28 per cent are likely to be at risk. For those also not fully employed, this increases to 34 per cent; as lone parent as well, it jumps to 65 per cent and having also been in a similar situation previously, to 85 per cent.

The ABS expects the number of Australian women living alone to have increased by 27-58 per cent by 2041.

“They’re living in unsafe or insecure conditions like a car, temporary accommodation, a garage or they could be couch surfing.”