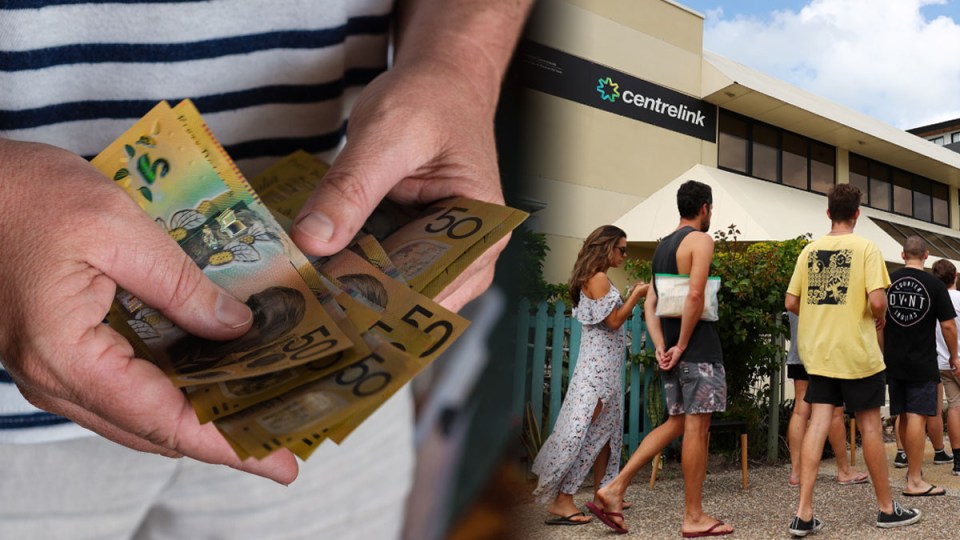 Basic income support could assist thousands of Australians amid a shaky jobs market, but analysts say it's a political hard sell. Photo: Getty

Massive unemployment queues and cracks in Australia’s welfare system have highlighted the need for a basic income support system, a new study has claimed.

And given the government’s readiness to spend big during the pandemic, advocates of the scheme say it’s well within the realms of possibility.

The only barrier, they say, is it’s “not a straightforward political choice”.

Conducted by researchers at Macquarie University, Australian National University and the University of Sydney, the study explored the possibility of replacing JobSeeker and Youth Allowance with government payments to most people of working age.

It said disbursing a payment of $14,650 – equal to the pre-pandemic JobSeeker amount – would cost the government $103 billion annually.

But its impact on reducing the number of impoverished Australians would be profound, the study’s authors contend.

Amid suggestions that unemployment will remain above pre-pandemic levels for at least another four years, the researchers said introducing a basic income scheme of $18,500 would cut Australia’s poverty rate from 11 per cent to 9.1 per cent.

That would mean more than half a million Australians would be lifted above the poverty line.

“[The government] did loosen some of the means testing so you could earn more money without losing your payments and we also got rid of conditionality, but now we’re moving back to a highly targeted, stingy system,” Dr Spies-Butcher said.

Dr Spies-Butcher’s model proposes taxation should increase from 28 per cent of Australian GDP to 34 per cent – well below the tax wedge of fellow OECD nations including Austria, Sweden and Belgium.

But he conceded the choice to pursue a basic income system would be “highly political”, considering the government’s persistence to use its financial resources on income tax cuts.

“The medium-term problem of high unemployment is also one of high underemployment, and creating a secure income source now for those [workers] is psychologically extremely important,” Dr Spies-Butcher said.

“We have to give people income security, and we need to make it easy for them to manage while there are going to be very unpredictable labour market earnings.”

No countries currently have a universal income system, despite calls to introduce such schemes since the Global Financial Crisis.

Former US Democratic presidential candidate Andrew Yang famously pitched a “Freedom Dividend” as the centrepiece of his campaign.

The proposal would have granted $US1000 per month to every working-age adult as a response to robots replacing humans in the workforce, and would be funded by a GST-style tax.

Professor of Economics at the University of Queensland John Quiggin said the pandemic exposed as a falsehood the idea that the economy generates enough jobs for all working-age Australians, and that unemployment could be blamed on laziness or a lack of job search skills.

Professor Quiggin advocated for a ‘Liveable Income Guarantee’ tied to the rate of age pension payments before the budget, and said a basic income system could lift productivity, depending on the model chosen.

He noted it could also be provided at a comparable cost to the government’s Stage 2 and Stage 3 income tax cuts.

It’s really a question more of whether we want to do it, rather than can this be done at all.”

However, independent economist Saul Eslake told The New Daily although Australia could “administratively” introduce a basic income system, he would prefer to see weaknesses rectified in the existing welfare system.

“I’m certainly one of those people who thinks the level of JobSeeker is far too low, but beyond that obvious exception and assisting those who fall between the cracks, we have a fairly extensive transfer payment system.

“If you were talking about a developing economy that didn’t have it, you might do [basic income] to avoid the need for bureaucracy associated with eligibility testing, but I can’t see what the case for it is in Australia.”

Study argues for basic annual income of $18,500 for all workers