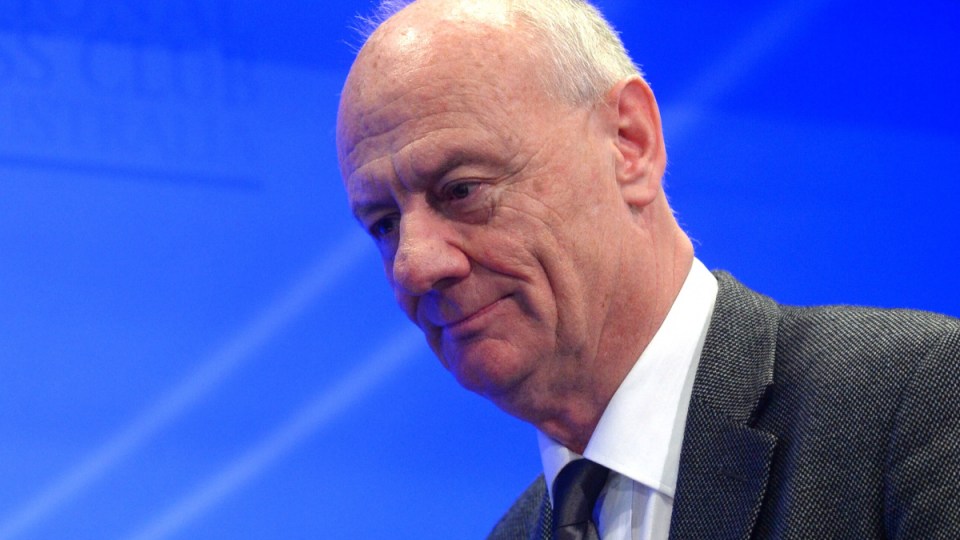 Stepping down from the helm of the charity, Mr Costello said that the nation suffers from ‘compassion fatigue’ . Photo: AAP

Understandably, most Australians who travel overseas are unlikely to have seriously engaged with the question of international aid before travelling.

Leisure, tourism or business concerns are uppermost in travellers’ minds.

Nevertheless, it is a fair bet that all but the most insensitive travellers find that their experiences in another country trigger a dramatically heightened awareness of the issues facing the communities they visit, especially where those communities are clearly dealing with challenges far greater than those faced in Australia.

That awareness may be confronting, when exposed to poverty, dislocation, and the like; uplifting – through seeing the struggles and achievements so many communities face; or enriching – experiencing traditional lifestyles, deep histories and cultural difference.

But whatever emotional and intellectual form that awareness takes, it is likely to generate the potential for a more immediate inclination to give than before they left home, or when they return to the competing comforts and concerns of home.

And yet, opportunities to give to the major development agencies are virtually nowhere to be seen at the places tourists are to be found: the restaurants at which they dine, the hotels at which they stay, the galleries and craft centres they visit, the tourist agencies that advise them and organise their visits.

Occasionally, local NGOs have a minor presence at such places, but they usually are unable to provide cautious would-be donors the reassurance of an independent assessment of their bona fides.

Some airlines collect small change as passengers leave the country – but this is literally feel-good small change with little real impact or accountability.

Do you actually know where those coins and notes are going?

Surely, these are the places and the times that are most likely to trigger a donation, whether in the form of ‘keep the change’ or a more major contribution?

What I envisage – at the risk of sounding a little old-fashioned – is a sophisticated form of ‘moneybox’ (cash and digital) which allows, and encourages, people to give at the moment they are most likely to be moved to do so.

This would have the highest possible mass recognition (perhaps the Red Cross is a good example) and an ubiquitous, almost inescapable, presence wherever travellers are found.

Of course, for this to work a number of important considerations must be addressed. Critically the agency, or agencies, seeking support must have the highest global profile; an unimpeachable reputation for honesty and integrity; and the highest possible professional standards in the provision of services, the distribution of the funds it receives to other NGOs, and its connection with the community in which it is based.

The task is considerable, and will take a good deal of organisation, negotiation, collaboration and infrastructure establishment, largely from existing global development NGOs, such as Oxfam, World Vision, and the like.

I believe this would have the potential to dramatically increase the contributions received by international agencies.

But it is also intended to offer Australians an opportunity to more meaningfully engage with – in Abraham Lincoln’s fine expression – “the better angels of our nature” when having the broadening experiences that are often hailed as the ultimate benefit of travel.

And it may just prove Tim Costello wrong.

Dr Michael Liffman is adjunct associate professor at Swinburne University and a board member of Philanthropy Australia.

Tim Costello is wrong. We aren’t whining skinflints – here’s an idea to let us prove it