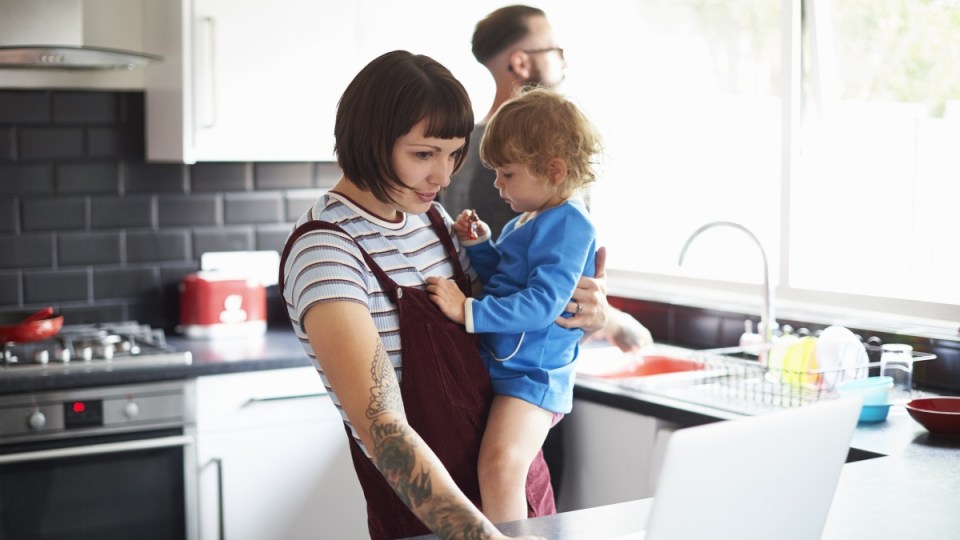 The government’s decision to ignore calls to extend superannuation payments to those on paid parental leave will likely widen the super gender gap, industry lobby groups have warned.

And the assistance given to retirees will only help over the short term.

“Mums are continuing to pay a hefty future financial price for having a baby, with the gender super gap increasing by 5 per cent since 2013 for women in their early 30s,” Industry Super Australia said in a statement following the release of the budget on Tuesday night.

“This budget was another missed opportunity to narrow the gender super gap and it’s disappointing the government did not make a modest investment in the financial future of millions of mums and pay super on parental leave,” said ISA CEO Bernie Dean.

That has been changed to allow the full 20 weeks to be shared between both partners. But independent economist Nicki Hutley said the change was essentially “a negative”.

“Not many women want to take only 10 weeks, and allowing the sharing of the full 20 weeks has made it easier for men to take less time. I’d describe it as window dressing,” Ms Hutley said.

That is because the new system, unlike its predecessor, does not require that men take any paid parental leave and would allow a woman to take the whole 20-week allowance and the man to take none.

But the decision in the budget to give single parents the full 20 weeks of paid parental leave was seen as a positive move by most commentators.

The Australian Council of Social Service welcomed the decision, with chief executive Cassandra Goldie describing it as “long overdue”, according to Guardian Australia.

Ms Hutley also questioned whether Treasurer Josh Frydenberg was right to pump billions of dollars of stimulus into the economy given households had squirrelled away an extra $250 billion of savings during the pandemic.

“If that’s the case, why did they need to give people more money?” She said.

But Council on the Ageing Australia CEO Ian Yates took a different view.

Mr Yates said giving one-off $250 cash handouts to about 6 million welfare recipients would help retirees keep up with the rising cost of living.

He noted the government’s indexation system had “just given single pensioners an increase of about $20 per fortnight [and couples $15]”.

But these automatic pension increases were only paid in arrears – meaning they were only handed out after retirees had already copped rising prices for six months.

The $250 payment is different in this respect, he said. To be paid out to eligible welfare recipients from April 28, the $250 payment “is prospective so it will cover inflation at the current rate for the next six months,” Mr Yates said.

But Paul Versteege, policy director with the Combined Pensioners and Superannuants Association, said if inflation picked up in the next half of the year welfare recipients would struggle to keep up.

Although the $250 payments were broadly welcomed as a helpful leg-up for low-income households, the budget failed to address many other issues squeezing the wallets of retirees, particularly those on low incomes.

Mr Yates said “nothing was done for pensioners in the private rental market” – with no rental relief announced.

And there were no changes to the pension income test, which reduces the financial incentive for recently retired Australians to re-enter the workforce.

Under the pension income test, pensioners who work for more than one day a week see their pension reduced and become liable for income tax.

Under that system, “you lose 50 cents in the dollar if you work [for more than one day] on the pension,” said Ian Henschke, chief advocate for National Seniors Australia.

Mr Yates said temporarily removing the test or tapering it somewhat would be a good idea as it would help businesses overcome pandemic-induced labour shortages.

Mr Henschke said “it wouldn’t cost the government anything because pensions would be subject to income tax if people worked [and pushed their incomes above the tax-free threshold]”.

Such a system is already in place in New Zealand.

“In Australia, only 2.9 per cent of people on the age pension work whereas in New Zealand it is 24.8 per cent,” Mr Henschke said.

“We could run it as a trial for three or four years.”

If 500,000 pensioners chose to work three days a week and paid $10,000 in income tax, that would yield the government about $5 billion in revenue every year, Mr Henschke said.