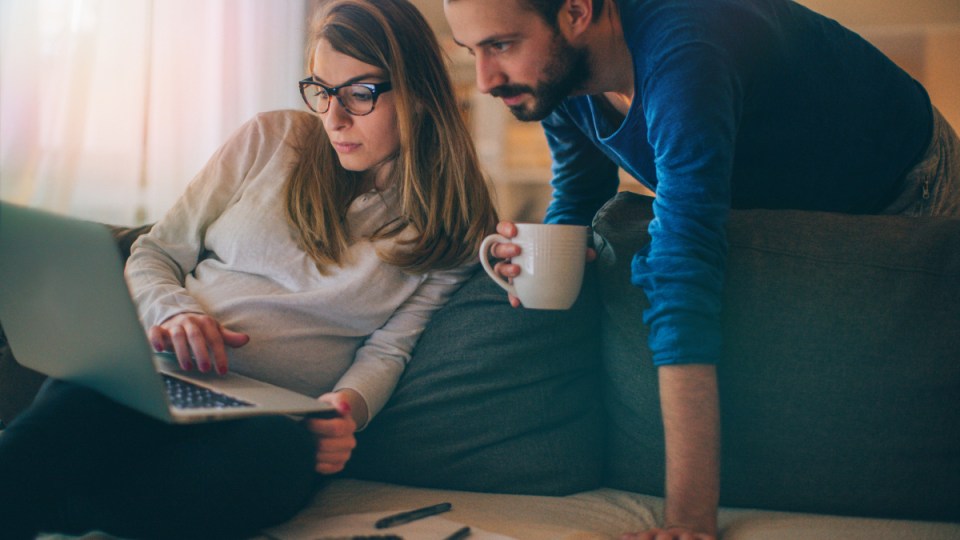 Thinking about changing your superannuation strategy? Here's what you need to know. Photo: Getty

If you’ve just had a letter from APRA saying your default superannuation fund is underperforming and are considering changing, the growing lifecycle fund option is one you could consider.

New research from Rainmaker shows that lifecycle funds have gone from being chronic underperformers to delivering better returns on average for younger people.

But for older people they still haven’t breached the gap.

Lifecycle funds are those that move you through various investment options as you age.

They aim to give you more growth in younger years and protect your capital as you get older and your working life wanes.

“The aim is to protect you from a really bad blowup in the markets in the years when you don’t have time to financially recover,” said Alex Dunnin, executive director with Rainmaker.

The standard super fund, known as single strategy, keeps you in one allocation throughout your working life unless you decide to change.

In the default MySuper space, single strategies are typically in the balanced space with between 61 per cent and 80 per cent exposure to growth assets. 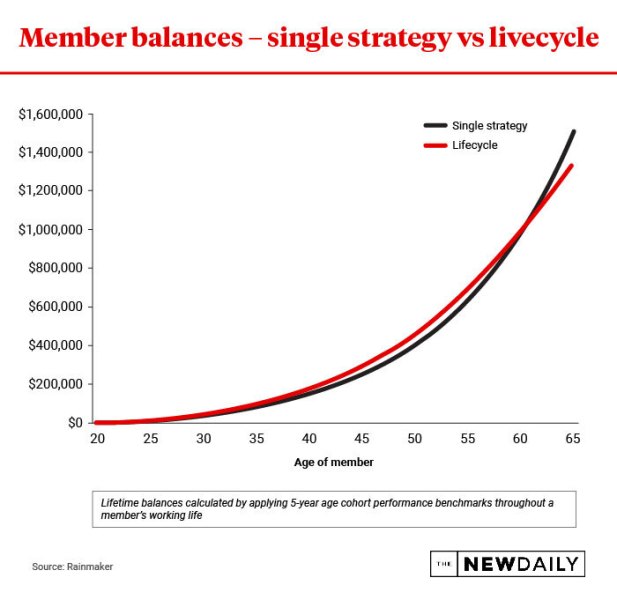 The recent performance of lifecycle funds has improved markedly.

“If you looked at them a few years ago you would have thought ‘I’m surprised that APRA hasn’t just pulled the pin on these and said they are not appropriate’,” Mr Dunnin said.

However things have turned around dramatically. So much so that until age 60 performance “is now neck and neck”, Mr Dunnin said.

In fact, as the chart above demonstrates, for those aged between 40 and 60 lifecycle funds are actually outperforming.

Once lifecycle funds were the domain of for-profit retail funds with the not-for-profit (NFP) sector offering only single strategy allocations for default funds.

But now the NFPs have joined the party with the largest three funds in the lifecycle charts, Aware, Sunsuper and QSuper, which have collectively $171.8 billion under management being in that category.

All the rest are retail funds bar Telstra, which is a corporate fund. 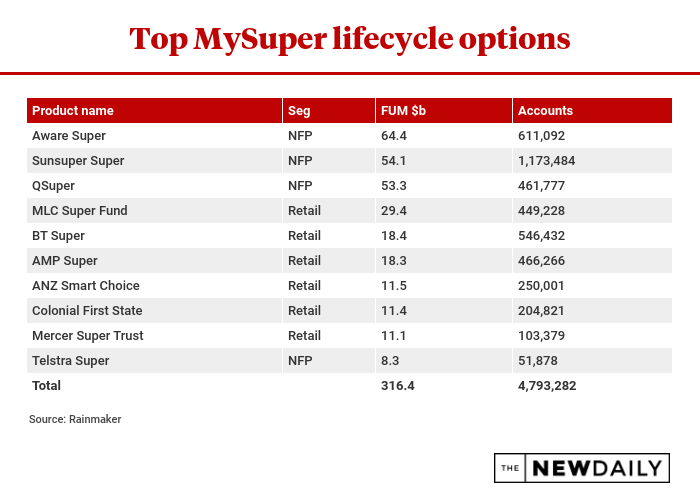 Researcher with Chant West, Mano Mohankumar, said the reason lifecycle funds are improving performance for younger members is “they are invested in 85 to 90 per cent growth assets”.

However they are not all designed in the same way.

“[They] have different glide paths [to more conservative exposures] as you age,” Mr Mohankumar said.

Typically, a glide path might look like the below graph, but with a more aggressive stance until the age of 40.

Then there is a shift to a balanced strategy and later to capital stable strategy that shies away from share market exposure. 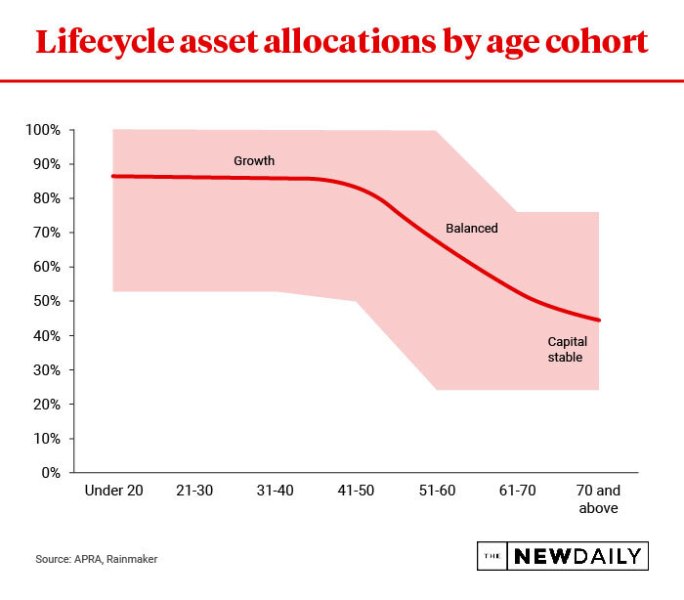 But the improved performance in younger cohorts has not yet delivered a better performance over a working life.

“As a result, by age 65, lifecycle members on average have an account balance 11 per cent lower than single strategy members,” Mr Dunnin said.

However the gap is closing quickly.

“Half the differential that Rainmaker found in 2019 when it last ran this comparison”, Mr Dunnin said.

The current figures show that there could be the possibility of a younger person choosing a lifecycle option and then moving to a fund with a single strategy approach later in life.

Just as there are significant differences between retail and industry fund investment styles in the single strategy space, the same is true in lifecycle.

“BT and AMP run 10 year cohorts [meaning your investment allocation is changed every decade] while Sunsuper and Aware keep you in a more aggressive allocation till age 55,” Mr Mohankumar said.

After that they enter a glide path to conservative settings.

While part of the improvement in performance of lifecycle products is attributable to design improvements, there is also an element of fortuitous timing involved. That factor is their high equity exposure.

“Lifecycle funds have done well because equities have been amazing in the last 12 months,” Mr Dunnin said.

A lot of the younger cohorts-people in their 20s to 40s have been heavily loaded towards equities.

Alternatively, the older cohorts have underperformed because of their exposure to bonds.

“While equities are running hot, bonds have just been smashed with a lot of bond funds delivering zero returns,” Mr Dunnin said.

Don’t get too conservative

There could still be design flaws in lifecycle funds with older people being rolled out of growth assets too early.

“If you retire at 65 you might live for another 30 years so you want to still be exposed to some growth assets,” Mr Dunnin said.

That is something people in a lifecycle fund need to think about, these people are overwhelmingly a mid working life cohort.

Half of all lifecycle MySuper funds under management is owned by members aged in their 40s and 50s.

Younger members aged under 20 hold just 10 per cent while members aged in their 20s and 30s hold 27 per cent, and members in their 60s hold only 7 per cent. So now could be an opportune time to check where your super is and make a choice rather than just staying with your default allocation.

One possibility is to move to lifecycle, or even a more aggressive single strategy option, if you are younger.

For older people it would be a good idea to check fund details to decide if their current allocation is still appropriate.

Your super fund could offer some cheap, or even free, advice to determine that.