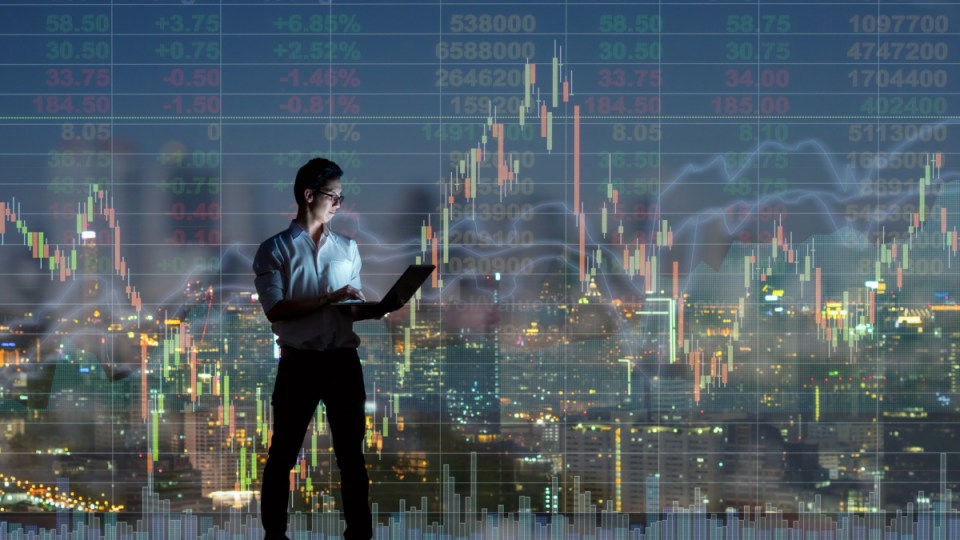 Loans to self-managed super funds (SMSF) to buy property have skyrocketed in the past year, running at a much higher rate than credit growth for housing and increasingly funding investment houses for younger people.

But while it might seem a glamorous idea for some, there are significant pitfalls in SMSF property investing.

The latest figures from the ATO show that limited-recourse lending (LRL) to SMSFs, which is the mechanism used to buy property, jumped 7.6 per cent in the year to March, a rise of $4.47 billion to $59.36 billion.

During that time SMSF holdings of both commercial and residential property also jumped by 7.6 per cent.

Faster than the average

The overall credit market for housing grew at 4.4 per cent, made up of owner-occupied housing, up 6.2 per cent, and investor housing, up 1.1 per cent.

That means housing loans to SMSF’s are outpacing the general market and bringing an extra element of risk into housing.

“It doesn’t surprise me even slightly,” said Steve Mickenbecker, group executive with Canstar. “Every time the property market takes off so does SMSF borrowing.”

While at first blush the figures on SMSF lending are not that far out of kilter with overall borrowing, on closer inspection things are different.

SMSF borrowers are not allowed to live in the houses they buy, so all SMSF borrowings are investor loans.

So while credit growth in the general investor market is creeping along at 1.1 per cent, the growth in SMSF investor loans is 7.6 per cent, also well above the owner occupied rate of 6.2 per cent.

There is also a long-term trend happening in the SMSF borrowing space that sees them increasingly focused on residential property.

While commercial property tops residential holdings in SMSFs at $82.9 billion compared to $44.07 billion, the latter is growing faster.

Over the four years since 2017 residential property holdings in SMSFs rose 29.8 per cent compared to 12 per cent for commercial.

Those business people typically use their super contributions to pay off their loan over their working lives.

However today “there is a new generation of younger people using SMSFs to buy residential property as an investment,” Mr Ieko said.

Those mainly younger residential buyers are beginning to swamp the market and now account for 80 per cent of LRL purchasing, he says.

And those people are generally taking a bigger risk. Older people with commercial properties tend to borrow on loan-to-valuation ratios (LVR) of 60 per cent or less.

“The higher end of the range is 80 per cent and we see younger trustees tend to go to 80 per cent pretty consistently,” Mr Ieko said.

That may be a good investment outcome for people who are set up to handle the risk, but that is certainly not everyone.

“You need to be sure that you get advice to see whether borrowing through an SMSF is really the appropriate for you,” said Antoinette Mullins, principal with Steps Financial.

“It’s a strategy that is actually right for a very small number of investors,” Ms Mullins said.

It is not good enough just to fit the bank requirements to get the loan.

To make it work “you have to have a really strong liquidity buffer within the fund in case something goes wrong and you have to fund repayments from the SMSF assets,” Ms Mullins said.

That could be the result of a property losing a tenant, rising interest rates or losing your job and the superannuation contributions you are using to help fund the property.

And remember, even if you do have money outside an SMSF you can’t necessarily get it in to cover unexpected costs. Super contributions are restricted by law to $25,000 concessional and up to $300,000 every three years for non-concessional.

So if you have maxed out those contributions to buy the property in the first place, or have hit the $1.6 million contributions cap, you won’t necessarily be able to bail out an investment in the fund.

Loans made to SMSFs are called limited-recourse for a reason. It means that the borrower is only liable to repay the loan if something goes wrong up to the value of the property bought inside the fund.

So, if you have to sell the property you can only lose whatever equity you have in it, right? Well, no.

“They’re non-recourse on the super fund beyond the property,” said Mr Mickenbecker.

“But the trustees of the fund are forced to sign a guarantee if they want the loan, which means the bank has recourse to your private assets outside the super fund.”

If you are cognisant of the risks and you think you can afford to do it there are a few other things to think about.

SMSF loans are made by first setting up the SMSF, then a trust which must be established to own the property asset and that all costs money.

Interest rates on an LRL today can be around 4 to 5 per cent.

Property loans to SMSFs are booming – and the risks too