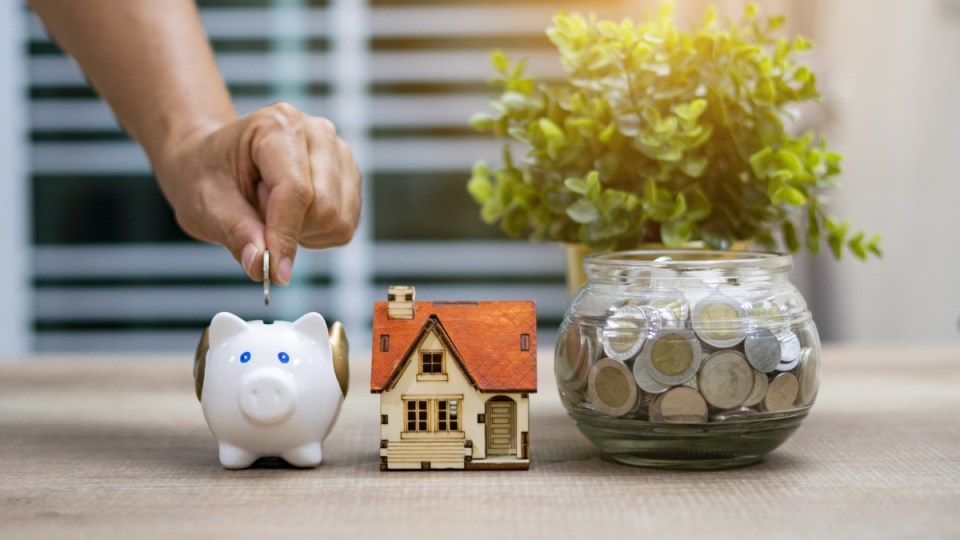 Soaring super returns have made the pandemic crash just a memory. Photo: TND

Superannuation returns are well into double figures for the nine months to March after rising 1.9 per cent last month, making the effects of the pandemic crash just a memory.

“This brings the return for the first nine months of the financial year to an impressive 12.2 per cent. With share markets up in April so far, there is a realistic chance that growth funds will finish FY21 in double-digit territory, which would have been inconceivable a year ago,” said Chant West researcher Mano Mohankumar.

As share markets continue to rise through April, Chant West estimates the median growth fund has put on a further 2.2 per cent so far this month.

“That brings the cumulative return since the end of March last year to about 22 per cent, which is remarkable given the health concerns, disruptions and economic damage caused by COVID-19,” Mr Mohankumar said. 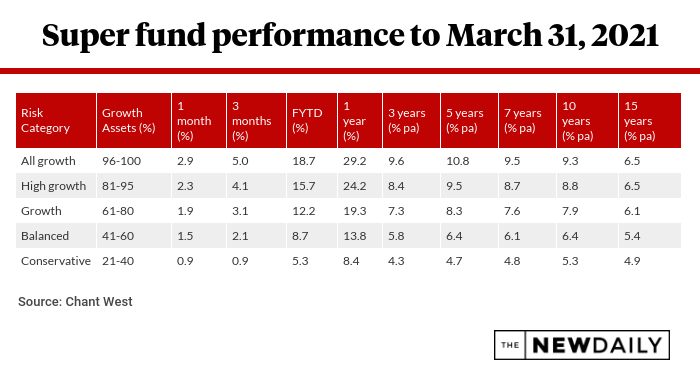 So strong has the market growth been that we’re more than 7 per cent above levels at the end of January 2020, just before the pandemic crisis hit.

Given there have been years when super fund returns grew by less than 7 per cent the performance is remarkable and effectively means the financial effects of the pandemic are now behind members.

The growth or balanced option, where most Australians invest, has returned 3.1 per cent for the March quarter, 19.1 per cent for a year and 7.3 per cent over three years, Chant West reported.

However SuperRatings, which reported similar figures to Chant West, was a little circumspect about prospects for the rest of the year.

“As Australia confronts the short-term effects of the pandemic, members should expect markets to remain volatile, but the theme of 2021 is certainly one of ongoing recovery as the jobs market improves and economic activity picks up once again, ” SuperRatings executive director Kirby Rappell said.

“For younger members, long-term trends like the digitisation of economies and work automation – themes sped up by the pandemic – may prove to have the biggest impact on the growth of their retirement savings,” Mr Rappell said.

“The March returns data reinforced the success that super has seen in rebuilding from the depths of the pandemic last year. The real bright spot has been the bounce back in the labour market, which has restored confidence to households and helped reboot consumer spending.

“The reopening of the economy and the low or zero rates of community transmission we’ve experienced in Australia in recent months have galvanised the recovery.”

Economist and partner with Deloitte Access Economics Nicki Hutley introduced a note of caution into the economic discussion.

“While it’s true that we have bounced back incredibly quickly, and we’ve gone up a long way on the other side of the V, we havent gone all the way back,” Ms Hutley said.

“The critical thing is that nothing has changed structurally in the economy so there is nothing that leads you to conclude that at the end of COVID we will somehow have this miraculously more strong and productive economy that we had before COVID.

“We’ve spent 10 per cent of GDP stimulating the economy and that is coming out so we can’t expect to keep going with this supercharged growth.”

SuperRatings found that funds in pension mode had performed as strongly as the super sector overall with even capital stable products – fixed interest and the like – being up 9.1 per cent over a year.

That return would have been helped by falling interest rates, which push up bond prices, and will likely be difficult to replicate again.

“With the critical JobKeeper support now at an end and banks requiring mortgages to be serviced after a brief hiatus for those in need, it remains to be seen what the immediate economic fallout will be, but so far households appear to be holding up well,” Mr Rappell said.