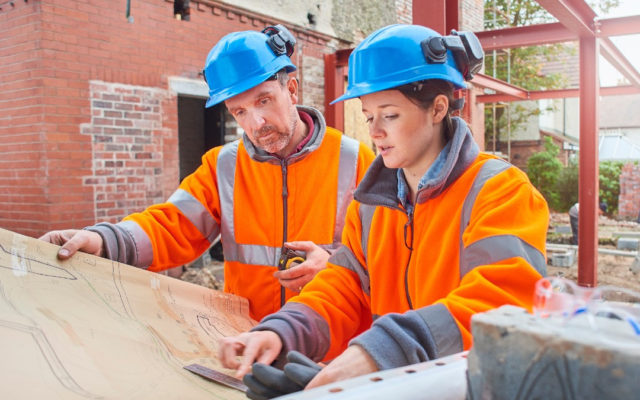 Employers have come out in opposition to the Your Future, Your Super legislation currently before Parliament, with the chief policy adviser for Ai Group telling a conference that it needed to be blocked.

“There is so much to avoid in this current bill that it’s a nightmare. Sadly it should be rejected and the government should be asked to start again,” Dr Peter Burn said.

Ai Group is a major industry group representing the employers of more than one million people and is half-owner of the nation’s largest superannuation fund, AustralianSuper.

Not fit for purpose

Although the legislation is purportedly aimed at ending the practice of members holding costly multiple accounts, Dr Burn told a Zoom conference held by the Australian Institute of Superannuation Trustees on Monday that “it doesn’t achieve its purpose – or it achieves part of that purpose at very great cost”.

Under the current system, workers who do not actively choose their own superannuation fund are signed up with the standard default fund for that industry or employer, and when they change jobs their fund is rolled over to the relevant new default.

“The Productivity Commission found that 14 per cent of default funds were underperforming,” Dr Burn said.

In the current system, as people change jobs and their funds are rolled over, they become less likely to be exposed to an underperforming fund.

“After your third job you have less than half a per cent chance of being in an underperforming fund,” Dr Burn said.

But under the new legislation, “14 per cent of people will remain in underperforming funds, which is a terrible outcome as they will have low performance, low investment performance and maybe high fees, and they could be stuck with that until retirement”.

If the government passes its proposed reforms, funds will be barred from accepting new members if they are deemed to have underperformed for two years in a row.

But existing members who do not take action would remain in the fund and suffer the effects of the poor performance.

Anna Engwerda-Smith, policy and research director at IFM Investors, told the Zoom conference the performance measures chosen under the legislation could drive Australian investors out of crucial local infrastructure, leaving offshore investors to take their place.

The legislation will measure those assets against a benchmark of assets listed on the US sharemarket that have different characteristics to the investments held by Australian funds.

“A listed benchmark is to be used that is made up of 70 per cent American assets that are dominated by railroads and electricity companies,” Ms Engwerda-Smith said.

On the wrong train

Australian assets make up only 3 per cent of the US benchmarks so their performance won’t be accurately measured by the benchmark.

“Around 75 per cent [of the infrastructure investments by industry super funds] are unlisted so it won’t look like where Australian funds invest geographically or by sector,” Ms Engwerda-Smith said.

The mismatched benchmarks could force Australian investors out of local infrastructure.

“No manager wants to risk failing the performance test, so we’re concerned fund managers will be forced to track the index with listed portfolios rather than unlisted assets that might perform better over time but risk short-term underperformance,” Ms Engwerda-Smith said.

“It has the potential to push investment offshore, as indices are dominated by foreign assets and leave important sectors of the Australian economy owned by offshore funds that aren’t subject to same rules.”

Pamela Hanrahan, professor of Commercial Law and Regulation at UNSW Business School and adviser to the Hayne royal commission on superannuation, said the YFYS legislation had serious shortcomings.

“It’s come out of the Productivity Commission [PC] and the Hayne royal commission, but it doesn’t really capture the spirit or letter of the findings of both inquiries,” Professor Hanrahan told the conference.

“[Commissioner Hayne] specifically looked at the best interests test and was asked by the government to consider whether the existing law was adequate.

“He made a specific recommendation that the standard not be fiddled with.”

But the legislation before Parliament hopes to replace the best interests test with the ‘best financial interests of members’ test.

It is less stringent and was perhaps introduced as a result of political lobbying.

“We might say cynically that it was in their [industry groups’] interests to argue that the existing standard was unclear,” Professor Hanrahan said.

Those lobby groups were “facing the prospects of having their behaviour challenged against that standard”.

Overall, politics was having an unhealthy influence on the superannuation debate, Professor Hanrahan said.

“Superannuation is a highly politicised area and we can see that the superannuation sector is not highly regarded by parts of the Coalition. There is a view that there is a lot of self-interest involved,” she said.

“The timing of this legislation and the real sledgehammer approach reflects some of that.”

Employer group calls for new superannuation legislation to be scrapped